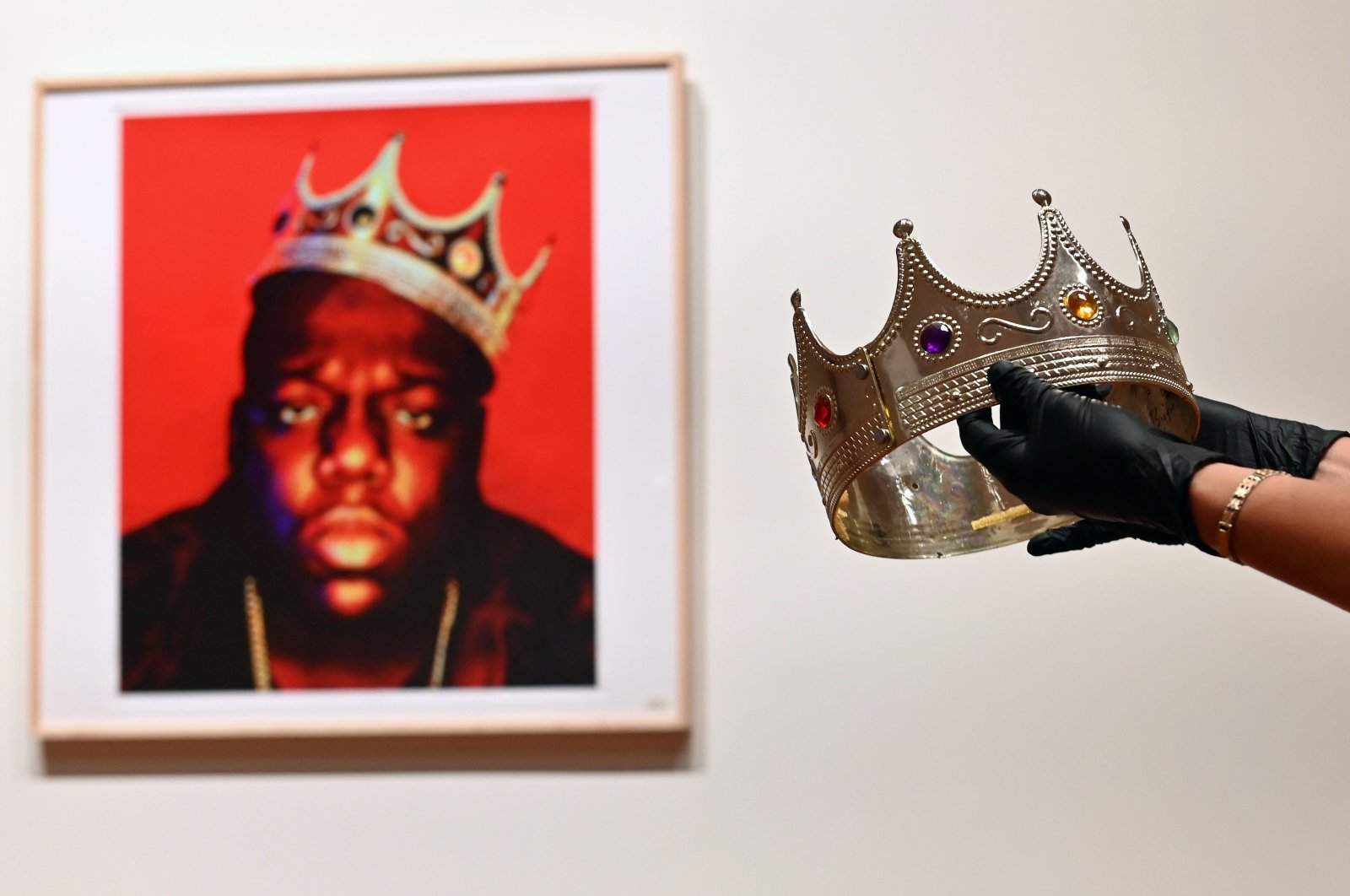 The crown worn by Notorious B.I.G. when photographed as the King of New York, is displayed during a press preview at Sotheby's for their inaugural HIP HOP Auction on Sept. 10, 2020 in New York City. (AFP PHOTO)
by REUTERS Sep 16, 2020 11:10 am
RECOMMENDED

The plastic gold-colored crown that American rapper Notorious B.I.G wore on the last photo shoot before his death fetched $600,000 at the first-ever hip-hop auction held by an international house, Sotheby's said Wednesday.

The auction was a celebration of the history and cultural impact hip-hop has had on art and culture from the late 1970s through the mid-1990s, and up to the present, Sotheby's said.

After highlighting sneakers and handbags in recent years, Sotheby's in New York dedicated its September auction to hip-hop culture, featuring some 120 lots that included boomboxes, photos of Snoop Dogg and Louis Vuitton luggage.

The auction house has said it was the first auction staged by an international house anywhere devoted entirely to hip-hop.

The signed crown, which was just a plastic prop from a party shop, worn by the rapper in the 1997 "King of New York" photograph was offered on sale for the first time and was expected to fetch between $200,000-$300,000 at the Sept. 15 auction, Sotheby's had said earlier.

The New York rapper, also known as Biggie Smalls, was shot dead in Los Angeles at the age of 24 three days after the photo shoot as part of a feud between east and west coast rappers that also took the life of Tupac Shakur, 25, in 1996. Both crimes remain unsolved.