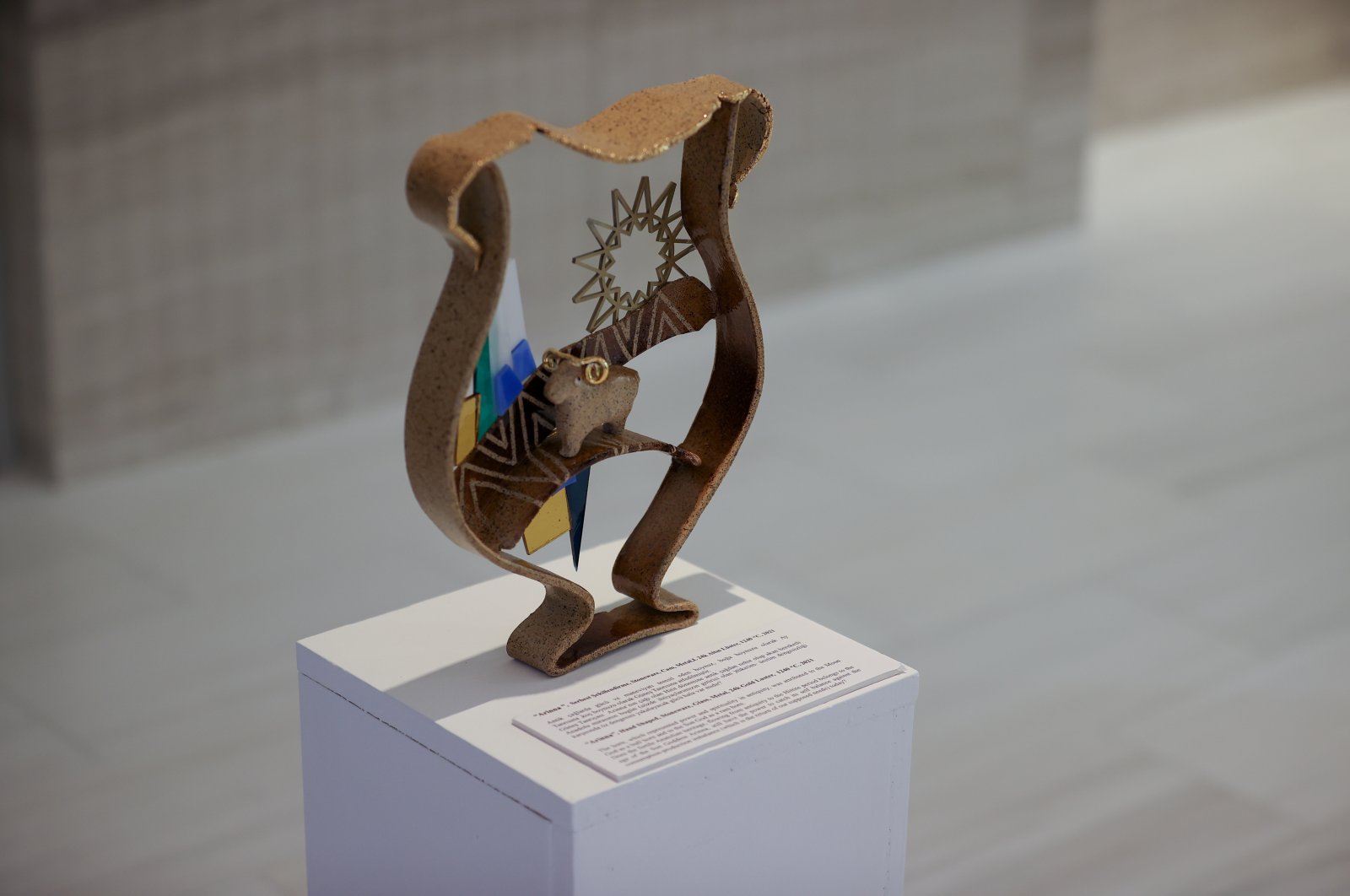 An exhibition, which explains the common symbols of Anatolia's millennia-old civilizations through ceramic art, opened for art enthusiasts at the Turkish House (Türk Evi) in New York.

Pınar Güzelgün Hangün, the artist whose works are on display at the "Beyond Layers" exhibition, said in her opening speech that clay is the first medium which humans used to express their emotions in ancient times.

"So, I think ceramics that convey to us the stages of human history somehow has a sacred side," said Hangün, who completed the design and production process of the exhibition in New York.

The artist, who has pursued an academic career in art and engineering in ceramics and glass, said that works that do not connect with tradition could not be permanent.

"The awareness and sensitivity developed by living in a multinational and multicultural city was the beginning of this journey," she said.

Reyhan Özgür, Turkey's consul general in New York, said the exhibition was a product of a year of designing efforts and over four months of production.

She underlined the value of the exhibition, saying that it brought the story of civilizations that are thousands of years old to New York.

The exhibition will remain open to visitors until Dec. 1 at the Turkish House.