On the back of the bus: Ahmet Öğüt at Dirimart 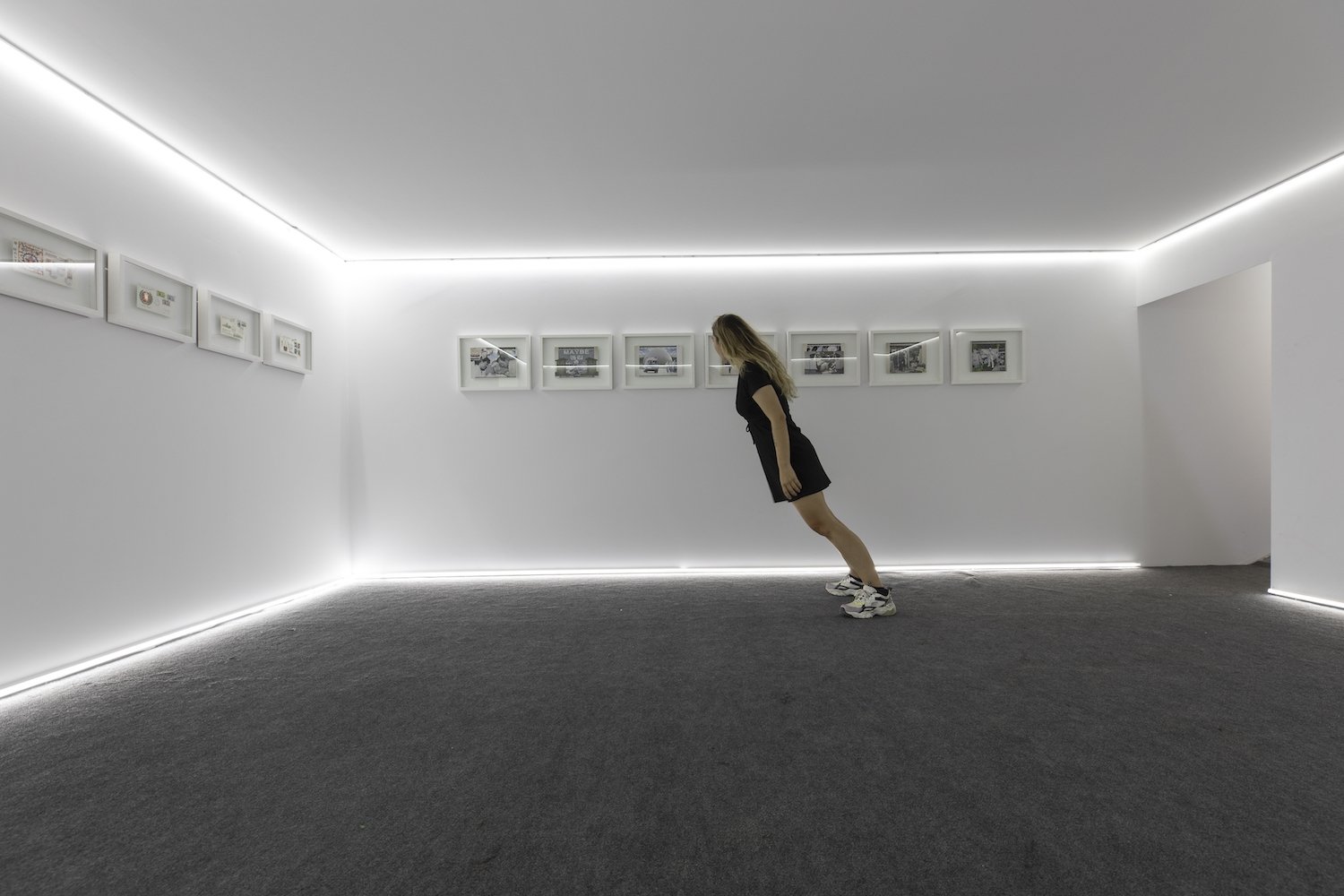 A unique solo show by artist and educator Ahmet Öğüt at Istanbul’s Dirimart gallery brings together a variety of media, including a reconstructed intercity bus, the likes of which frequently travel across Anatolia

As a young man from southeastern Turkey’s Diyarbakır province, Ahmet Öğüt, now in his 40th year, traveled by bus across the stretch of Turkey’s vast heartlands. He boarded the musty coaches, the synthetic white paint of their rearview mirrors chipped, the upholstery of their seats torn, and might have opened books by Italo Calvino, or Yunus Emre. As he grew older, he was likely devouring texts on journalism and law in reference to the issues that concerned him, coming from a region defined by internalized confrontation, and an overwhelming need to leave. He has done as much, resettling in Berlin and Amsterdam, where he continues to expand his prolific body of work.

“It can and has been” is the title of his dynamic solo exhibition at Dirimart, an overdue return to the Turkish art world on the cusp of epochal changes. The words, “can,” and “has,” refer to Turkish vocabulary, “live,” and “authentic,” loosely translated, respectively. Their display on the front window of a reconstructed bus installed in the gallery recalls the catchy slogans stuck onto such vehicles, as they have become culturally iconic to the Anatolian kitsch that affirms the hyperlocal, landlocked relationship between Istanbul and the rest of Turkey. Inside, a round of seats slowly turns, automatically, in reverse, as it were, back in time and place.

Across from a bleary window with a decal prohibiting cellphones, Öğüt pasted a touristic landscape collage of Diyarbakır, foregrounding its ancient aqueducts and castle walls which changed hands across millennia of overlapping empires. One of its iconic, rectangular minaret towers is wrapped in blue plastic, warning sightseers of dangers unseen, and for many, left unknown. It is part of the unsettling grab that Öğüt’s art effects, prompting an intervention into the Turkish art scene that crashes through the walls of its institutions and invites its public to follow the roots of Turkey’s identity crises. But he speaks of it in the language of visual art.

To fly on wheels

“It can and has been” alters the warehouse interior of Dirimart like no other exhibition in recent memory. Emerging from the front of the bus, it then wraps around to a second entrance, through a newly renovated sculpture garden where past works of Öğüt are exhibited. Titled, “Living Being Squatting Institutions” (2020), the trio of pieces, made with cast polyester resin fused to marble dust, are dedicated to animals who have lived in and around the buildings of the art world, like the peregrine falcons at the Tate Modern, or the Weimaraner dog at the Museum of Fine Arts, Boston.

The realist likenesses of animals and their host institutions stand, quite proudly, under a waving, gray flag that reads, in Turkish, “If You’d Like to See This Flag in Colors, Burn It (homage to Marinus Boezem” (2017). Soon after the opening at Dirimart, a spectator did in fact follow the directions on the flag, a stunt that had never been dared since the artist started to exhibit the piece four years ago. He laughed, apparently. Maybe he thought, “Only in Turkey.” And once back indoors, a neon sign by Öğüt reads, again, as translated, “He Actually Made Good Paintings” (2019), referring to the popular trope that all artists must also be painters.

The phrase surfaced on Turkey’s trendy online forum, “ekşi sözlük” (literally meaning, sour dictionary). In response, Öğüt is showing a series of drawings, but he has made it difficult for people to stand, not the works exactly, but at all. On a vertigo-inducing floor pitched about 45 degrees, are his collages, drawings and adaptations of mail art. The drawings quote extraordinary moments in recent history, as when Saudi Arabia became the first nation to give citizenship to a robot in 2017. The lifelike, feminine visage of the Hanson Robotics manufacture is stunning, as he notes, in a country where women’s rights are under duress.

In lieu of solitude

“It can and has been” almost feels like having wandered into the storied Wonderland of Lewis Carroll, only the late, white rabbit is the art world, Alice is the public, and Turkey the land of wonder. With each of Öğüt’s pieces, the world becomes smaller, and larger, never quite fitting to the right proportions. As intrepid walkers to Dolapdere quarter go in and see for themselves, the curatorial area around the back of the bus is furnished with a staircase whose stairs revolve according to the conflicted neighborhood history in which authorities and painters argued between vivid colors and gunmetal grays for who might decorate their city as theirs.

There is a short, three-plus-minute video, “Worker’s Ordinary Day” (2019) installed above the staircase, a quaint documentation of a hot air balloon’s drifting. It adds a playfulness to the humdrum, urban aesthetic that floats about the show, and settles within the bowels of the bus in the form of an overnight lodge, with a well-made bed, telephone, television, adapting a luxury room at the Big London Hotel in Pera. The intervention is a dedication to road workers who must drive to live between routes like that between Istanbul and Diyarbakır. Art lovers can experience their invisibility one hour at a time in the compact, bookable room.

The concluding segment of the sprawling, multidimensional exhibition is a room modeled after one of Istanbul’s best-known, since shuttered cinemas. It was a haunt for worker-intellectuals to debate the significance of their celluloid cultural heritage as it flashed before their tea-spiked minds. And now, in Dirimart, the seating is carefully constructed to transport seers back to a time when freewheeling conversation coursed out of the alleys of Taksim and into the hearts of internet-born youth today, whose undying nostalgia for the progressive glories that once were is as desperate as it is real.

Öğüt trains his focus with stylistic abandon, screening two film collages, back to back, that animate the tensions between art and individuality, where the realm of the personal is hijacked in the name of social creativity for “Artworks Made at Home,” or where artists transcend the bounds of their singularly visual media, and explore the pop modes of music and its consumable production.

“Artists Making Music” (2021), co-commissioned by Protocinema and Asia Society Museum in New York, embodies the ejecting force that art provokes in its makers and takers, those who have careened off the edge of knowability to traverse a plane of being instilled with inward direction, however obscure, not unlike aspiring artists leaving the endless summers of Diyarbakır for the fading lights of Istanbul, and the world.