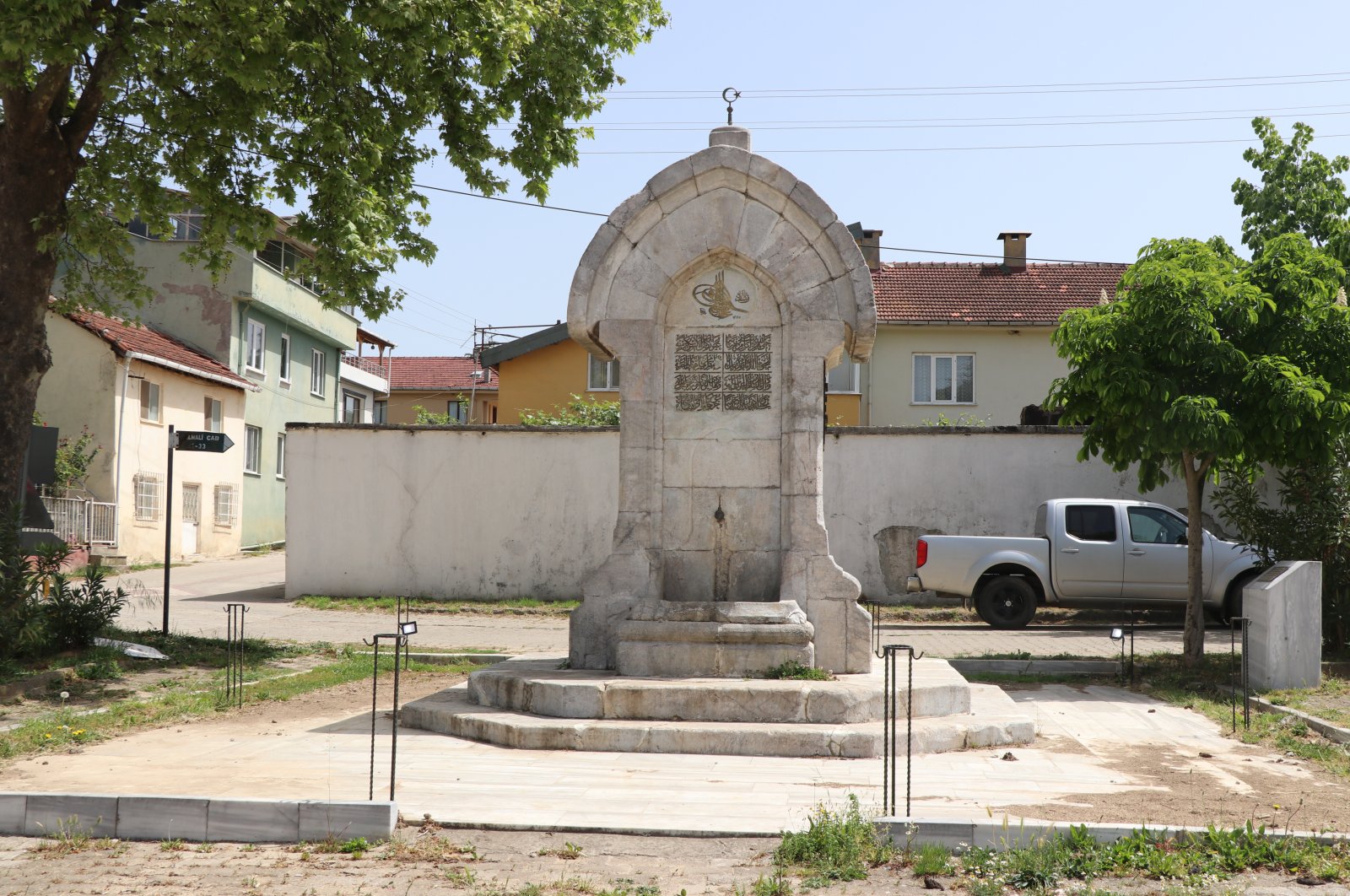 The 111-year-old fountain built by the order of Ottoman Sultan Mehmed V Reşad in the village of Güneyköy in northwestern Turkey's Yalova province will be restored, and the square where it is located will be restructured to be introduced to tourism.

The historical fountain, which is 3.65 meters high (11.97 feet) and 2.20 meters wide, is located in Güneyköy, where the descendants of the people who migrated from Dagestan in the 1880s live. The fountain – built in 1909 and considered one of the most important Ottoman artifacts in Yalova – will be restored and brought back to its former glory as part of the Historical Sultan Mehmed V Reşad Fountain Square Arrangement and Facade Improvement Project within the scope of Güneyköy Cultural Tourism Destination, prepared by the Special Provincial Administration with a budget of TL 940,000 ( $137,862).

The works on the village square and the fountain, which was built in the style of Ottoman classical fountains and is still running, will be funded by the Eastern Marmara Development Agency (MARKA).

In an interview with Anadolu Agency (AA), Güneyköy Village Headman Hacı Murat Erhan stated that the settlement in Güneyköy was established around the mosque, which was built in the 1880s.

Indicating that the fountain was one of the first artifacts built on the order of Sultan Mehmed V Reşad after he acceded to the throne in 1909, Erhan noted: “Sheikh Sherafeddin, one of the saints of the time, who had bilateral relations with the palace, informed the palace that one of the needs of our village was a fountain. Then Sultan Mehmed V Reşad built this fountain in our village. It is important because this is the only fountain built by a sultan among 36,000 villages in Turkey.”

Erhan said that construction work on the approved project is scheduled to start in September. Indicating that the village square would also be redesigned to befit Ottoman culture, Erhan added: “In the square, a house suitable for Ottoman culture will be taken as a model, and the houses around it will be arranged accordingly.”

Mehmet Erhan, one of the residents of Güneyköy, also said the fountain is still in use. Underlining that the historical artifact that was also restored five years ago is very valuable for them, he stated: “I have seen the new project, and I think it will be very nice. I hope we will get a good result.” Indicating that the restoration project also includes a plan for landscaping the area, Erhan thanked those who have contributed to the project.