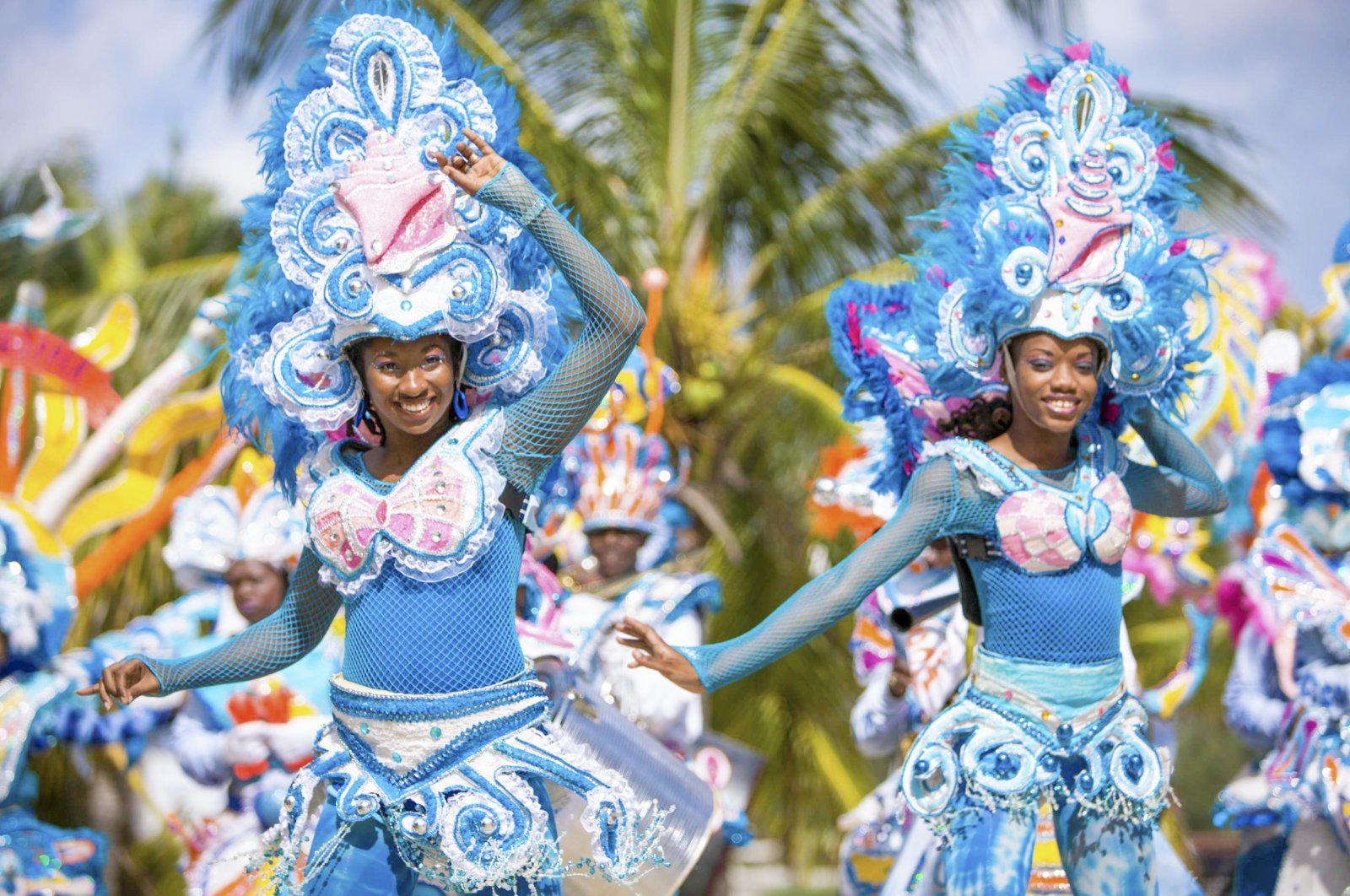 Rumor has it that Caribbean people party like no other and enjoy Carnival all year long. While most countries have a dedicated Carnival season in the run-up to the Christian period of Lent in February or early March, residents of the Caribbean region do not limit themselves to this season and organize creative Carnivals, featuring parades, costume competitions and burning rituals of effigies in the street, year-round.

People living on the islands between Florida and Venezuela keep on partying even at Christmas time. Several countries also have one or more public holidays dedicated to Mardi Gras.

However, in many places, the traditional Carnival period is still a high point, bringing a flurry of parades, costumes and dancing.

In 2022, omicron has cast a shadow over many holiday plans but tentative Carnival preparations are still underway in many parts.

In Dominica, the traditional Carnival season ends with a symbolic event known as Tewey Vaval (after being canceled in 2021, it's scheduled for Feb. 28 and March 1 in 2022). A coffin containing an effigy of Vaval, the carnival spirit, is carried through the streets, accompanied by furious drumming.

The island's east coast is home to 3,000 descendants of the Kalinago, the indigenous Caribbean people who came from South America 2,000 years ago and settled in the islands. They are proud of their origins and their resistance to European colonialism.

As darkness falls, the coffin is burned and people dance around the flames. This ritual recalls ancient African and Caribbean traditions and also symbolizes the end of the Carnival season and all its indulgences, including alcohol. Now, for many, this is the start of a period of sober reflection and sensible eating.

In Guadeloupe, black and white are the colors of the celebrations of Grand Vide, as Ash Wednesday is known. There, local people create a huge effigy of Vaval out of paper and fabric. Vaval is then burned after being paraded through the streets. Often, the fires glow until sunrise.

In Curacao, countless lights accompany brightly colored floats for a parade late on Shrove Tuesday. Many of those who have been celebrating Carnival since January are exhausted but keep on partying for the final few hours amid the palms and waves.

After midnight, in the early hours of Ash Wednesday, a large straw effigy is burned of the evil Momo, which symbolizes sin and bad luck.

Happily, whether it is Vaval or Momo, the cycle and its celebrations will soon begin again.

In February, costume competitions are held in the Port of Spain, the capital of Trinidad and Tobago. Families, friends, fans and sponsors all root for their favorite competitors as the judges examine their costumes, inspecting the structures and handiwork.

Almost every village in Trinidad and Tobago celebrates its own particular Carnival festival. Every school has a steel drum band and all hope to win the seasonal competitions. In Port of Spain, up to 400,000 people, or one in three locals, dances to soca and calypso in the final festivities before Ash Wednesday.

Jamaicans celebrate Carnival with a newer festival, introduced some 20 years ago. Bacchanal, which takes place around and after Easter, was created by Trinidadians who were unable to fly home, so they created their own festival – a first for Jamaica.

In order to avoid competing with Trinidad and Tobago and to attract more holidaymakers, Jamaica's own party is celebrated slightly later.

Hundreds of thousands of people celebrate wildly to soca, dancehall and reggae, mainly in Ocho Rios and Kingston, the capital. Rivers of rum, cocktails and beer flow, accompanied by spicy jerk chicken, salt fish and johnnycake, a round corn-bread eaten warm.

In the Dominican Republic, party folk dance to merengue, salsa and bachata that booms out from speakers everywhere. After a solid four weeks of dancing throughout February, the "diablos cojuelos" or limping devils are the star of the closing parade at the beginning of March in the capital, Santo Domingo.

Locals decorate their costumes and float with exotic animals and plants, while people dress as bulls in Monte Cristi, a province in the northwest.

In Philipsburg, the capital of Sint Maarten, Mardi Gras is held in May. Seven kilometers (4.3 miles) away, in French Saint-Martin, the same festival is marked in February.

At Carnival in Anguilla, in July and August, jesters dance around the island in a festival that begins at dawn. Trailer trucks drive through the streets, loudspeakers blaring and bands play. Not all of the costumes are colorful and cheerful, though. Young people painted black and clad in chains recall the suffering of their ancestors during slavery.

In Cuba, the mood is brighter as Havana and Santiago compete over which one has the best rum and whose Carnival – held at the height of summer – is the best.

Santiago is the winner when it comes to costumes, according to filmmaker Jochen Beckmann, who has lived there for 25 years.

"Santiago's Carnival is the wildest, the most original, the most Caribbean. People work for months on it, whereas it's a calmer business in Havana."

Carnival is even celebrated at Christmas in the Bahamas: People head home after Mass, change quickly out of their formal clothing, don colorful costumes and head to the Junkanoo – a street parade with music and dancing.

In Saint Kitts and Nevis and Montserrat, locals also celebrate a bright and cheerful Carnival right up to New Year's.

This, too, has its roots in history. African slaves had little interest in the Christian festival celebrated by their colonial masters. At Christmas time, though, they had a rare day off and used it to celebrate with drums, songs and the rituals of their homelands.