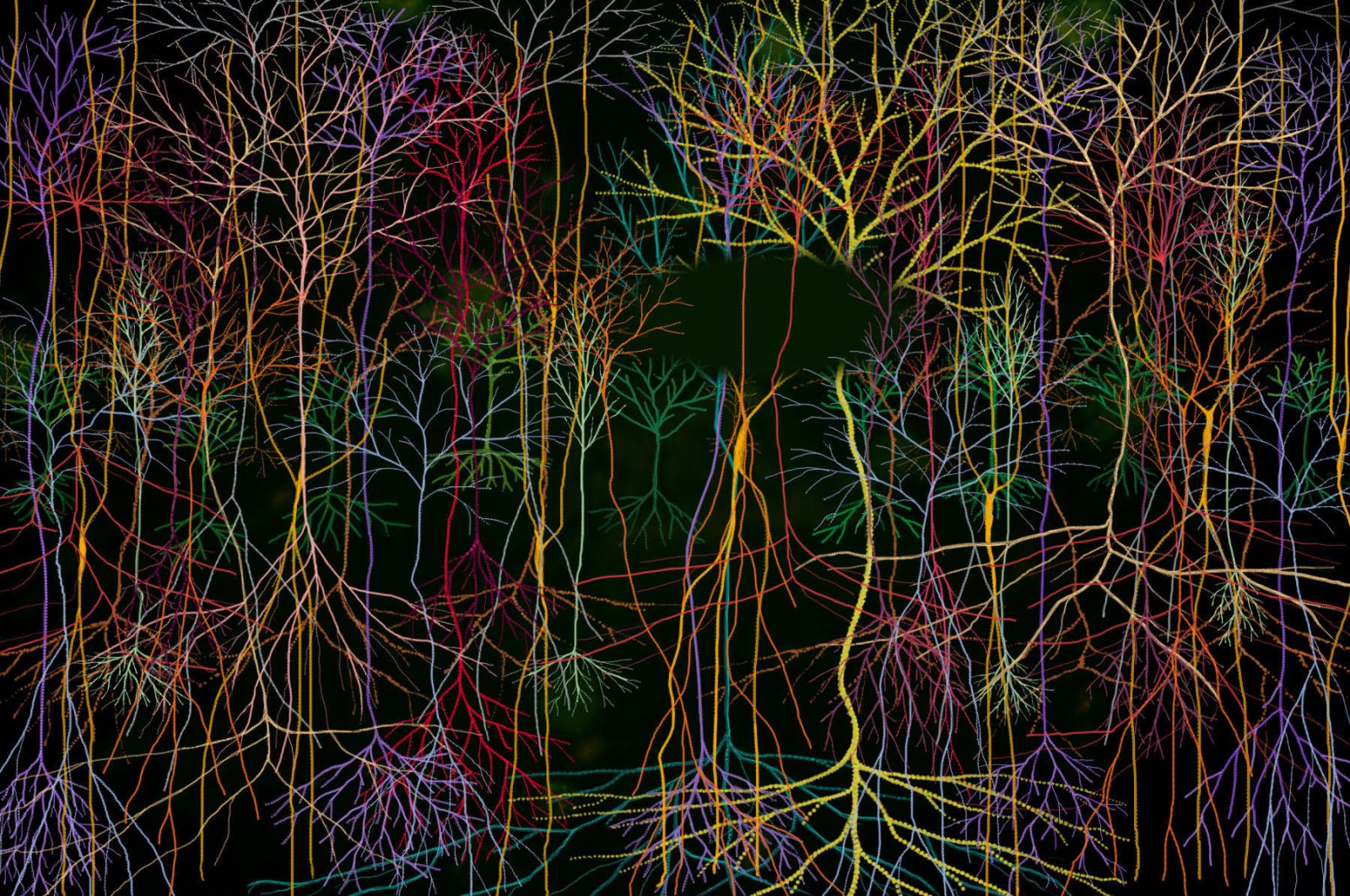 "Magic Forest" slide dissolve installation by Andrew Carnie is one of the works in the online catalog, "Fundamentally Human: Contemporary Art and Neuroscience."
by DAILY SABAH Apr 05, 2020 1:06 pm
RECOMMENDED

Istanbul's Pera Museum continues to inspire art lovers with its digital publications during this period when we must follow the culture and arts world through our digital screens. The publication “Fundamentally Human: Contemporary Art and Neuroscience,” in particular, depicts the strong interaction between art and science. It offers an eye-opening experience that allows us to look at both disciplines from different angles.

While Library Week (March 30-April 5) unfortunately coincided with self-quarantine measures in Istanbul this year, many valuable resources on various subjects can be accessed via the internet. Pera Museum offers an important selection of the catalogs of the exhibitions it hosts under the title “digital publications,” available free of charge on its website. Among the museum's digital publications, there are exhibitions about different periods of Turkish painting and art, the Ottoman period to the present day and books on various topics and leading artists of various regions such as France, Georgia, Hungary, Sarajevo and Jordan.

“Fundamentally Human: Contemporary Art and Neuroscience" includes books and texts that invite the reader to view art through the window of science, as well as the works of artists who use emerging technologies such as robotics, 3D scanning, Photoshop, rapid prototyping, microscopy and computational video. It aims to broaden our understanding of what it means to be fundamentally human and is based on impressive examples of how the human brain, the most complex device known in the universe, is a common inspiration for art and science. According to curator Suzanne Anker, however, the brain has not always been in a superior position as it is today within the hierarchical structures attributed to the body. For instance, in antiquity, the brain was viewed as an organ that only protected souls from heat and cold. So, for centuries, the heart had occupied this dominant position. According to Aristotle, the central organ of the body was the heart. The reason for the existence of other organs surrounding the heart, such as the brain and lungs, was to cool the hot and dry heart.

Along with advances in science in the 19th century, anatomical pictures, diagrams and maps offered a new source of inspiration to artists, as well as providing neurological information. It is a well-known fact that artists have always had a keen interest in the science and technology of their age. For instance, Edvard Munch, Paul Klee, Salvador Dali, Franz Kupka and Man Ray often used scientific metaphors of biological origin in their works. One such highlight in visual arts and neuroscience is science fiction. Wilhelm Conrad Roentgen's invention of roentgen in the 19th century raised many mystical possibilities, such as mind-reading, which can be seen in many examples today, such as “Minority Report,” a 2002 film by Steven Spielberg.

The exhibition catalog also offers the opportunity to examine the works of seven contemporary artists, who take advantage of the connections between mind and body. The exhibition includes works by curator Suzanne Anker, as well as by Andrew Carnie, Frank Gillette, Michael Joaquin Gray, Leonel Moura, Rona Pondick and Michael Rees.

“Fundamentally Human: Contemporary Art and Neuroscience" is available in Turkish and English.