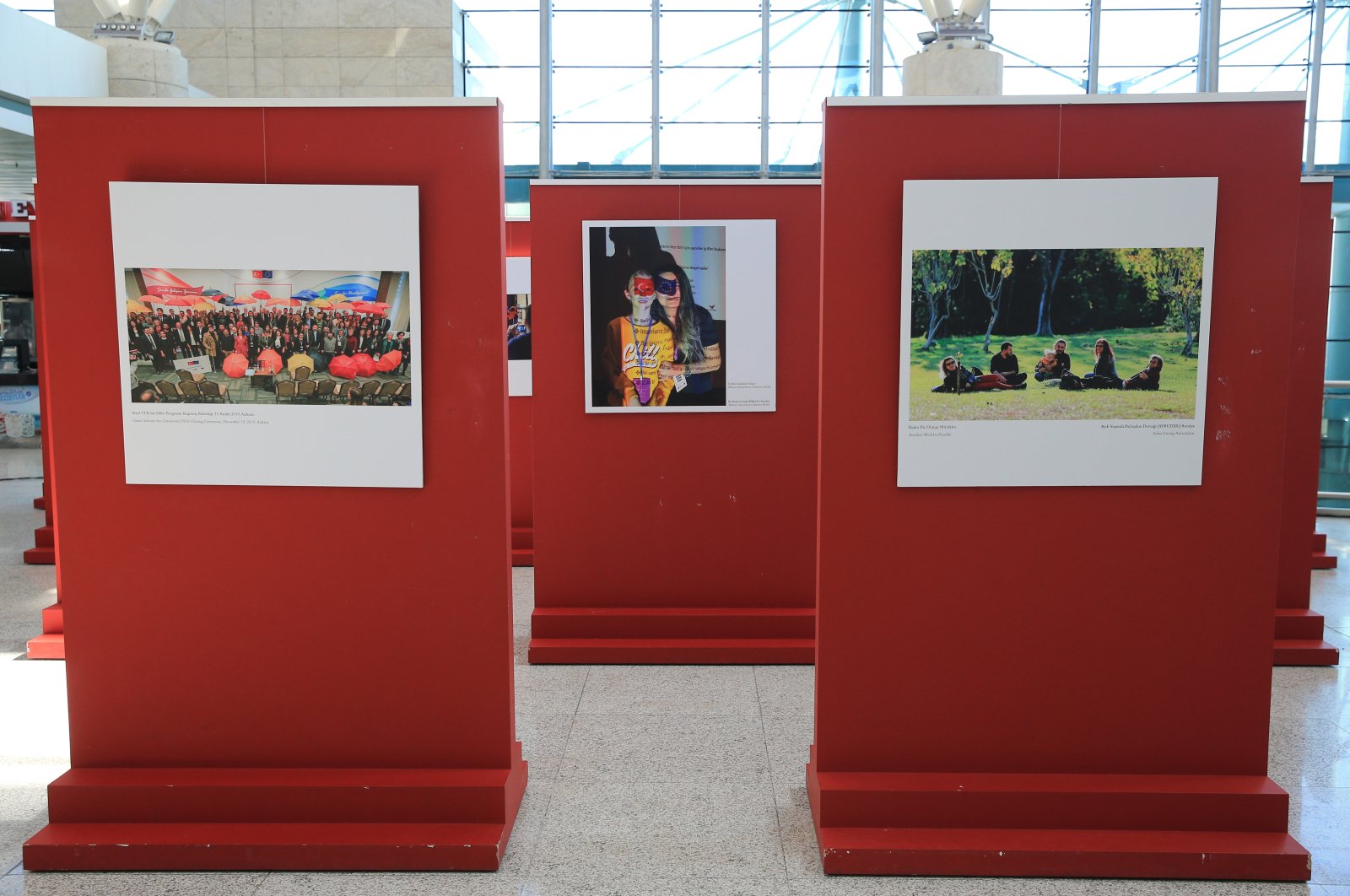 The Civil Society Support Programme (STDP) Photography Exhibition spotlighting the work done by civil society groups in Turkey opened at the airport in the capital Ankara on Monday.

At Esenboğa Airport, Faruk Kaymakçı, deputy foreign minister and head for European Union affairs, and Christian Berger, head of the EU Delegation in Turkey, attended the opening of the exhibit, organized under a Local Civil Society Organizations (CSO) grant coordinated by Turkey and the EU.

Kaymakçı said on Twitter: "48 projects were supported by Civil Society Support Program of 'Civil Society Sector,' EU presidency. Our sincere thanks to all CSOs which created these joyful frames and reached out to people via their projects. In our EU process, Turkish and EU Civil society contacts and exchanges will be essential.” Between 2014 and 2020, the ministry’s EU division provided 6.4 million euros ($7.55 million) to at least 50 projects, and these resources were used in all sections of civil society, he added.

Turkish civil society should take part in debates on the future of Europe, and local groups should raise their nation's voice in all fields, according to Kaymakçı.

The sector is coordinated by the ministry's EU division and brings together EU funds for civil society in the country. Meanwhile, the bloc is pleased to support Turkish civil society, with more than 100,000 organizations and over a million members, Berger said.

The 36 photos in the exhibit will be on display through Sept. 7.