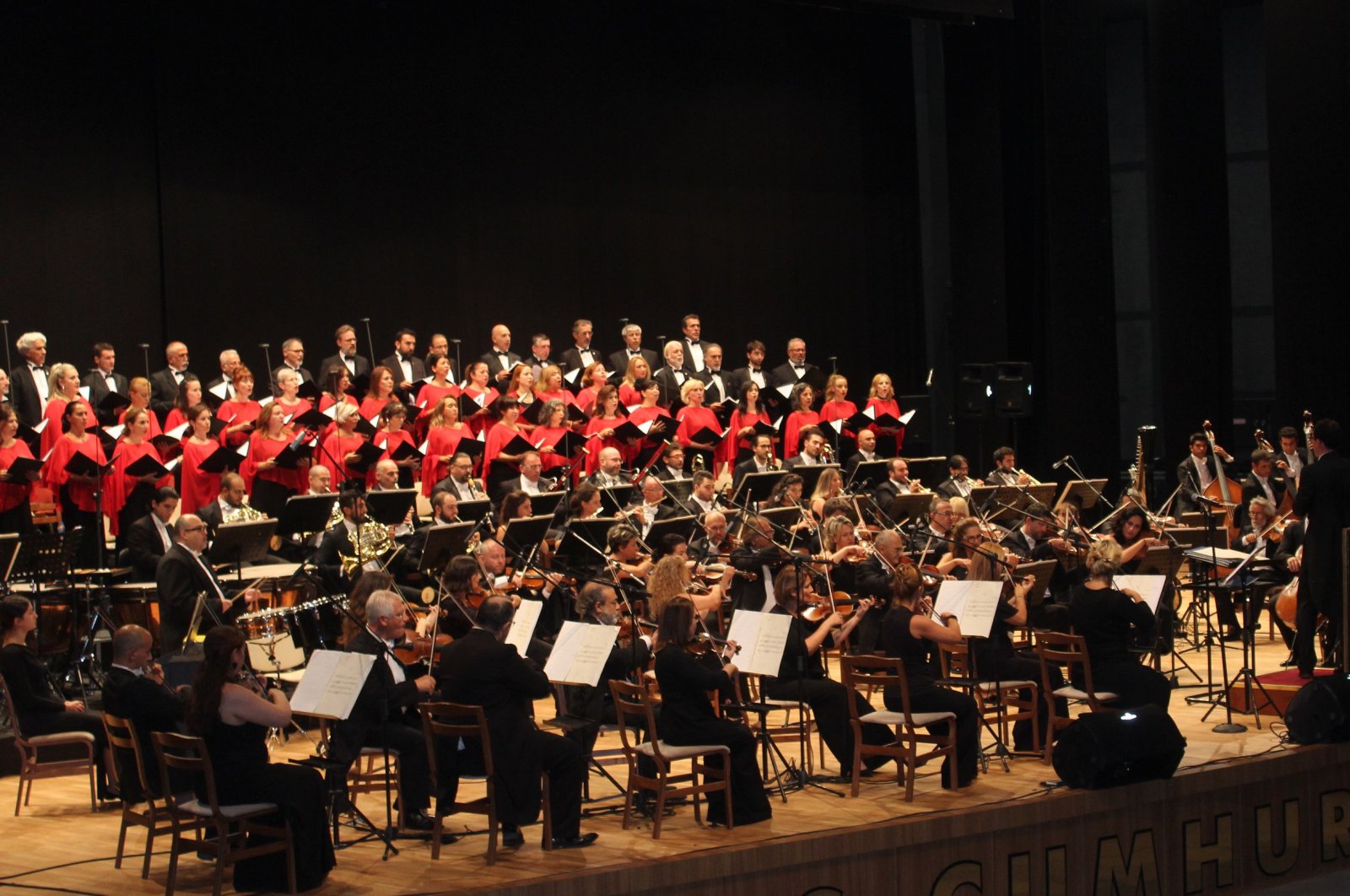 According to the announcement issued in the official gazette, an audition will be held for the recruitment of seven violinists, five violists, three trombonists, one trumpeter, two timpanists, two oboists, one bassoonist, two clarinetists, three violoncellists, four double-bassists and one harpist.

Candidates are required to have graduated from public or private conservatories, schools with music departments or to have received private music training, and successfully performed the works specified in Articles 92, 94, 96 and 98, of the Presidential Symphony Orchestra Regulation according to each specific branch.

Candidates must fill out a form that can be downloaded from www.guzelsanatlar.ktb.gov.tr and submit it, along with other documents, to csosinav@ktb.gov.tr before the deadline at 11 p.m. Friday, July 24. Exams can be requested in more than one branch by filling out separate forms or by marking each branch in their paperwork.

After the applications are assessed, the list of candidates eligible to attend auditions will be announced on www.guzelsanatlar.ktb.gov.tr and those selected will receive necessary documents via email.

All information and documents required for the application process are only available online and those submitted in person or by mail will be returned without being considered. Incomplete applications or those submitted with incorrect documents or after the deadline will be automatically rejected.

With the exception of percussion instruments, harps and pianos, candidates must come to the audition with their own instruments and bring 10 copies of the repertoire list for the works they will play.

The auditions will start on Wednesday, Aug. 5, at the Presidential Symphony Orchestra Concert Hall. The exam dates will be announced on www.cso.gov.tr according to the number of applications and branches.

In the audition, grades will be determined by a commission that will each assign candidates a score of up to 100. Artists with a minimum average score of 70 will be considered successful.

From the audition results, those candidates with the highest average will be selected starting from the highest score until the number of vacancies is filled. In cases of equal scores, those who have completed vocational education and those who are younger will be preferred.