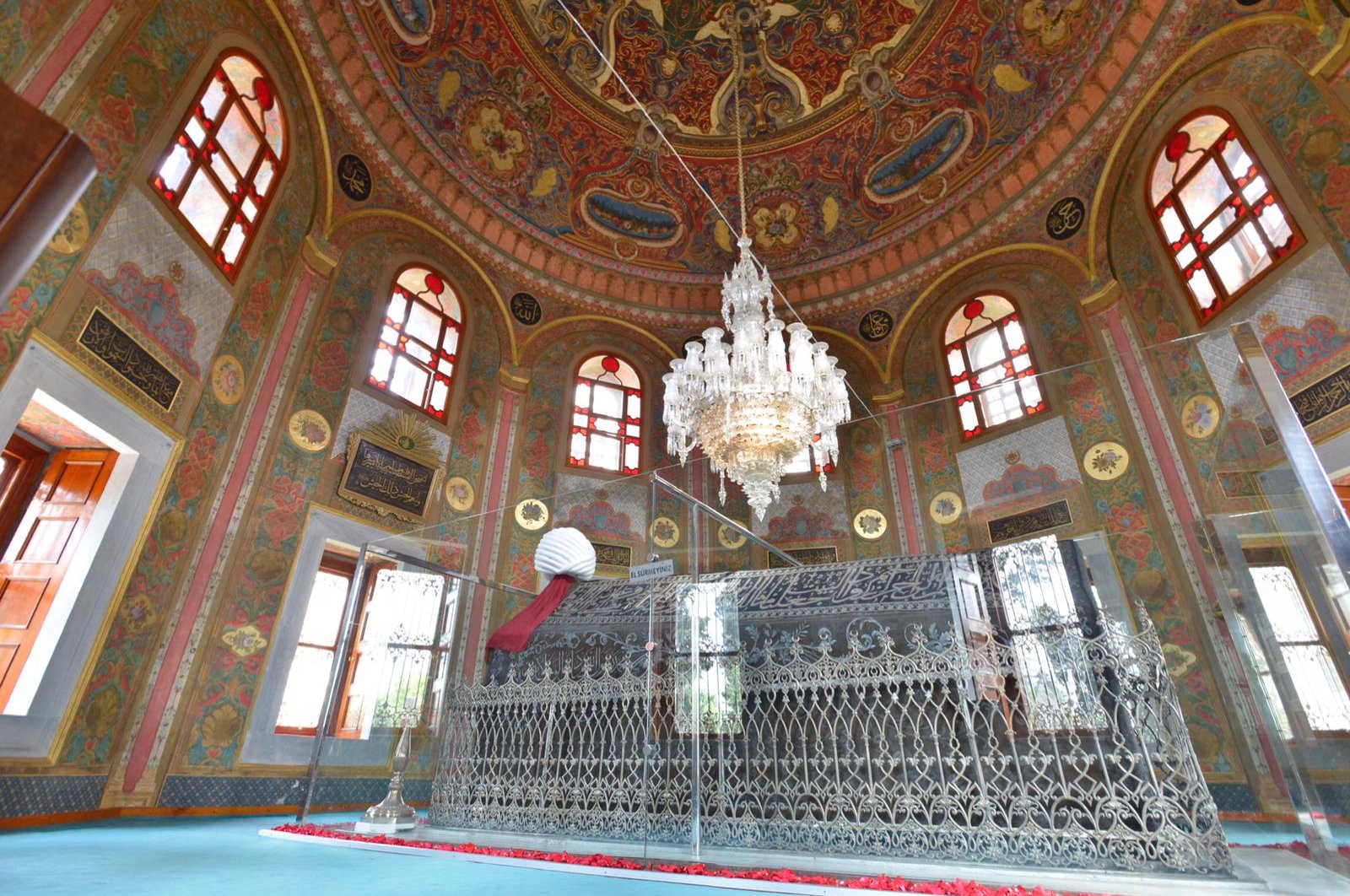 A photo from the interior of the Hagia Sophia Fatih Madrasah.
by DAILY SABAH May 29, 2020 4:39 pm
Edited By Irem Yaşar
RECOMMENDED

In Madrasah of Hagia Sophia, where Sultan Mehmed II performed the first Friday prayer after the conquest of Istanbul, which opened the doors of a new era, the reclamation and revival work carried out by the Ministry of Culture and Tourism have come to an end.

Making on-site examinations at Hagia Sophia Madrasah, Ersoy said the ongoing restoration works in this historical building are now at the final stage.

Ersoy stated that Hagia Sophia is one of the most important heritages of not only Turkey but also the world. “Hagia Sophia Fatih Madrasah, which is the symbol of the conquest right after the conquest of Istanbul by Sultan Mehmed II, is being revived in our period,” he said.

While Molla Hüsrev, one of the greatest legal scholars of Sultan Mehmed's time, was the first professor of the madrasah, it is known that Ala al-Din Ali ibn Muhammed, also known as Ali Qushji, also served in the building as one of the leading astronomers and mathematicians of the Islamic world in the 15th century.

Having undergone various disasters and renovations, the madrasah was demolished in the 19th century during the reign of Sultan Abdülaziz, the 32nd ruler of the Ottoman Empire who reigned between 1861 and 1876, and was reconstructed at the level of the western facade of Hagia Sophia in the same period.

The building, which started to be used as an orphanage in 1924, was later transferred to the Directorate of Istanbul Archaeological Museums with all its outbuildings when Hagia Sophia was turned into a museum in 1935.

Excavations and research were carried out in 2008 in the area where the Hagia Sophia Madrasah is located with the permission of the Regional Board for the Conversation of Cultural and Natural Heritage.

Since the existing ruins of the building present sufficient scientific data for its reconstruction according to the projects prepared in line with the historical documents, photographs and drawings, it was registered as a protection Group 1 in 2009, as a cultural asset to be preserved.

The Ministry of Culture and Tourism rebuilt Hagia Sophia Madrasah exactly as it was before the demolition in 1936 with the means of architecture and use of materials.