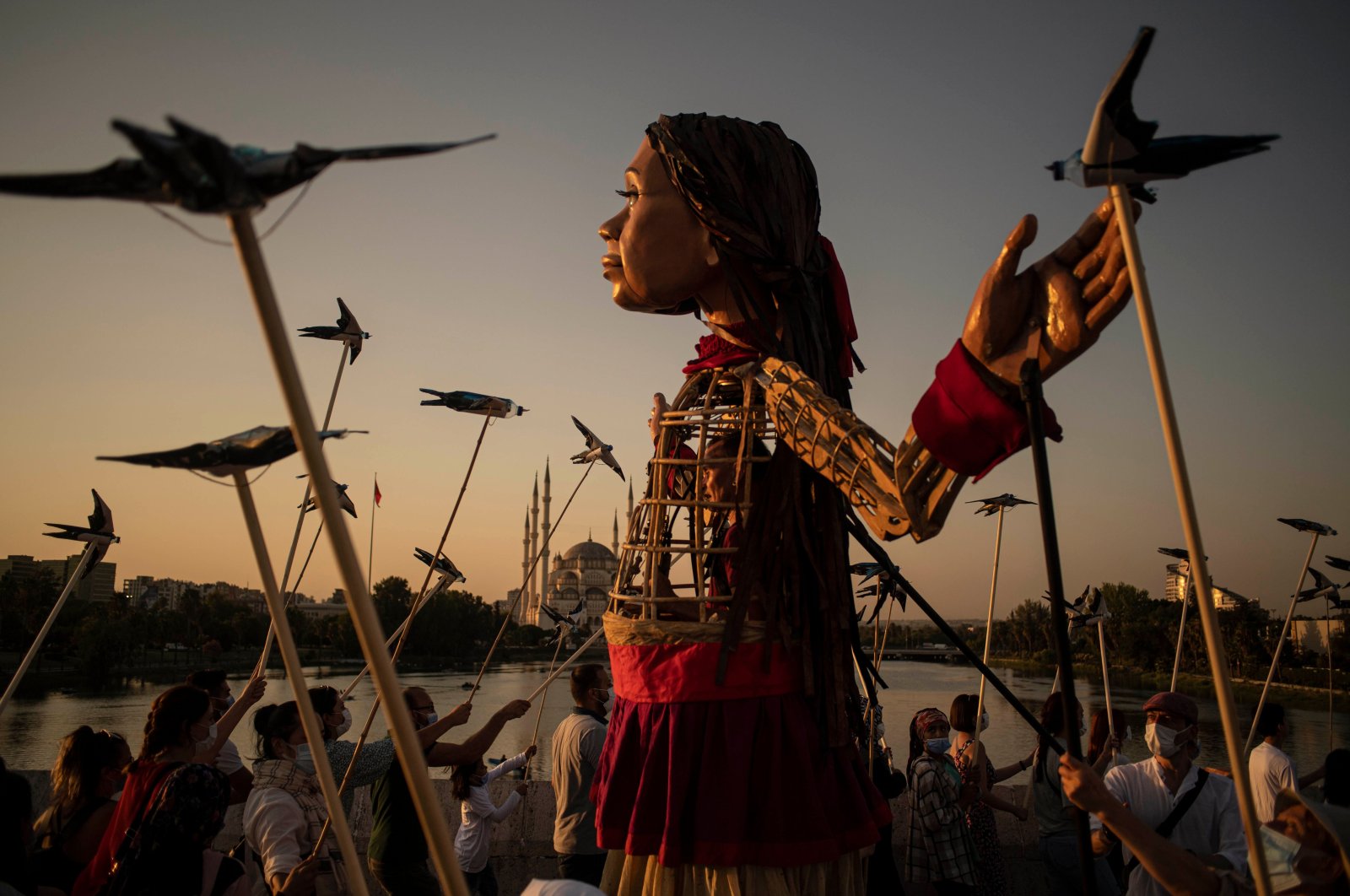 The 3.5-meter-(around 11.5-foot-) tall puppet named Little Amal, which embarked on an adventure from the Turkey-Syria border to the U.K. to raise awareness about refugee children separated from their families, completed her Turkey tour in western Izmir province Monday.

"Little Amal," who set out from southeastern Gaziantep province on July 27 in order to raise awareness about the difficulties refugee children face when attempting to reach Europe with or without their families, met with children and their families who came to see her off at Sağlık Beach in Izmir province's Ceşme district.

Amal watched the sunset on the last day of her journey across Turkey with families from Izmir, asylum-seekers and project managers who accompanied her along the way.

The event ended with a farewell concert by Syrian singers.

Prepared under the leadership of the Good Chance Theater, a U.K.-based theater and art company that deals with refugee issues, and as part of the "Walk Project" supported by many artists, institutions and organizations from Turkey, Amal tells the story of a nine-year-old Syrian girl who sets out to find her mother.

Designed as part of a project to raise public awareness about the problems refugee children face through Little Amal's bitter story, by the end of the journey the puppet will have traveled thousands of kilometers, visited 65 cities, crossed the border of eight countries.

Little Amal's journey will end in Manchester, England on Nov. 3.