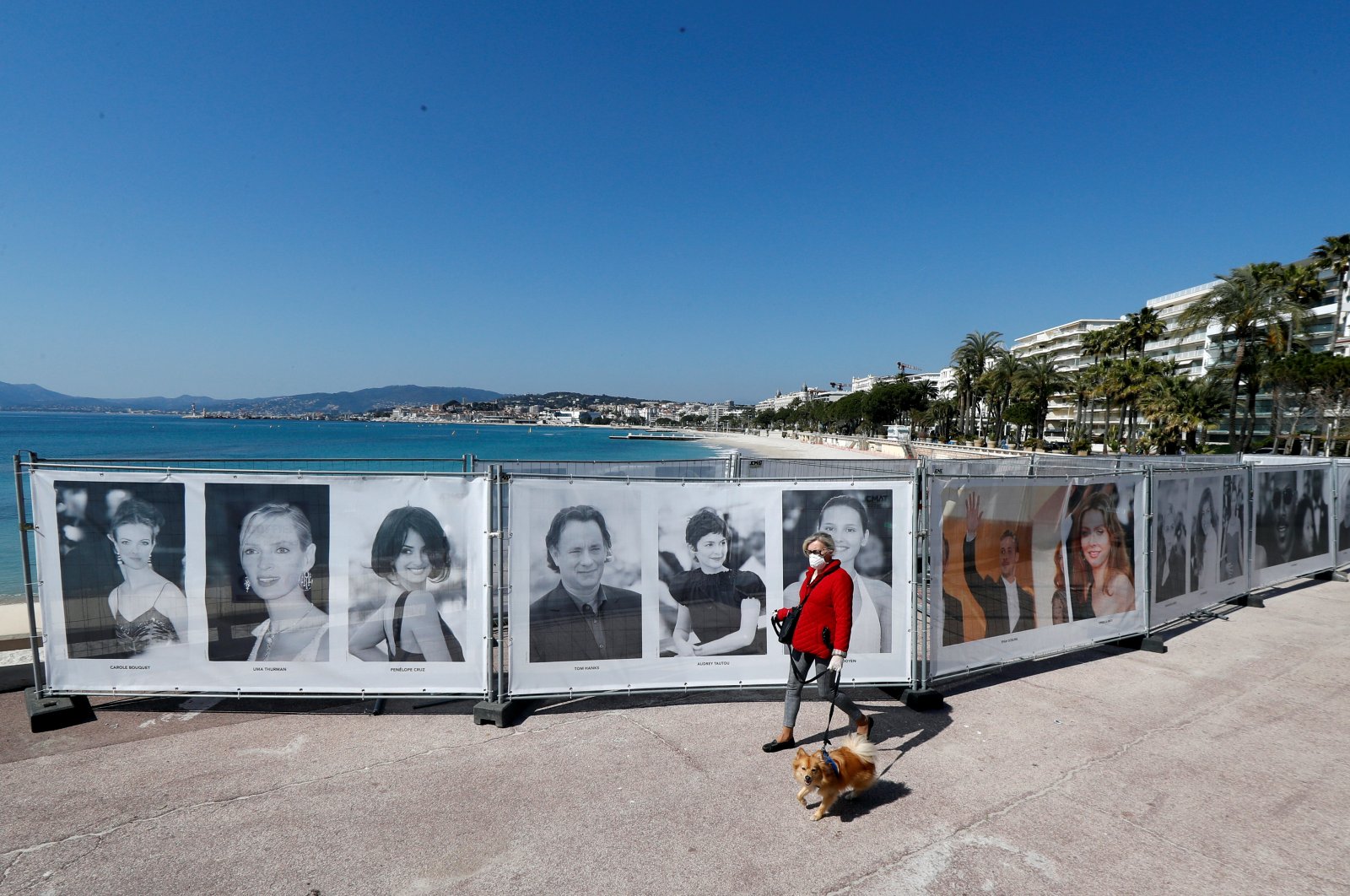 A woman walks past photos of the Cannes Film Festival on the Croisette in Cannes as a lockdown is imposed to slow the rate of the coronavirus in France, March 18, 2020. (Reuters Photo)
by German Press Agency - DPA Apr 15, 2020 12:58 pm

The Cannes Film Festival is unlikely to go ahead in its usual format this year due to the coronavirus pandemic, organizers said Tuesday, as they look into alternative approaches.

Organizers had hoped to hold the festival, originally scheduled for May 12-23, in late June or early July.

But after French President Emmanuel Macron announced Monday that no major public events would be allowed before mid-July, they acknowledged that that would no longer be possible.

"It is now difficult to envisage the Cannes Festival taking place this year in its original form," the festival organizers said in a statement.

The organizers said they had consulted industry professionals in France and abroad since Macron's speech and they wanted to look into options for showcasing this year's films "in one way or another."

"Everybody is aware of the many uncertainties that still reign over the international health situation," the organizers said. "We hope to be able to communicate soon on the forms that Cannes 2020 could take."