Sadberk Hanım Museum highlights past, present and future of 'Motif' 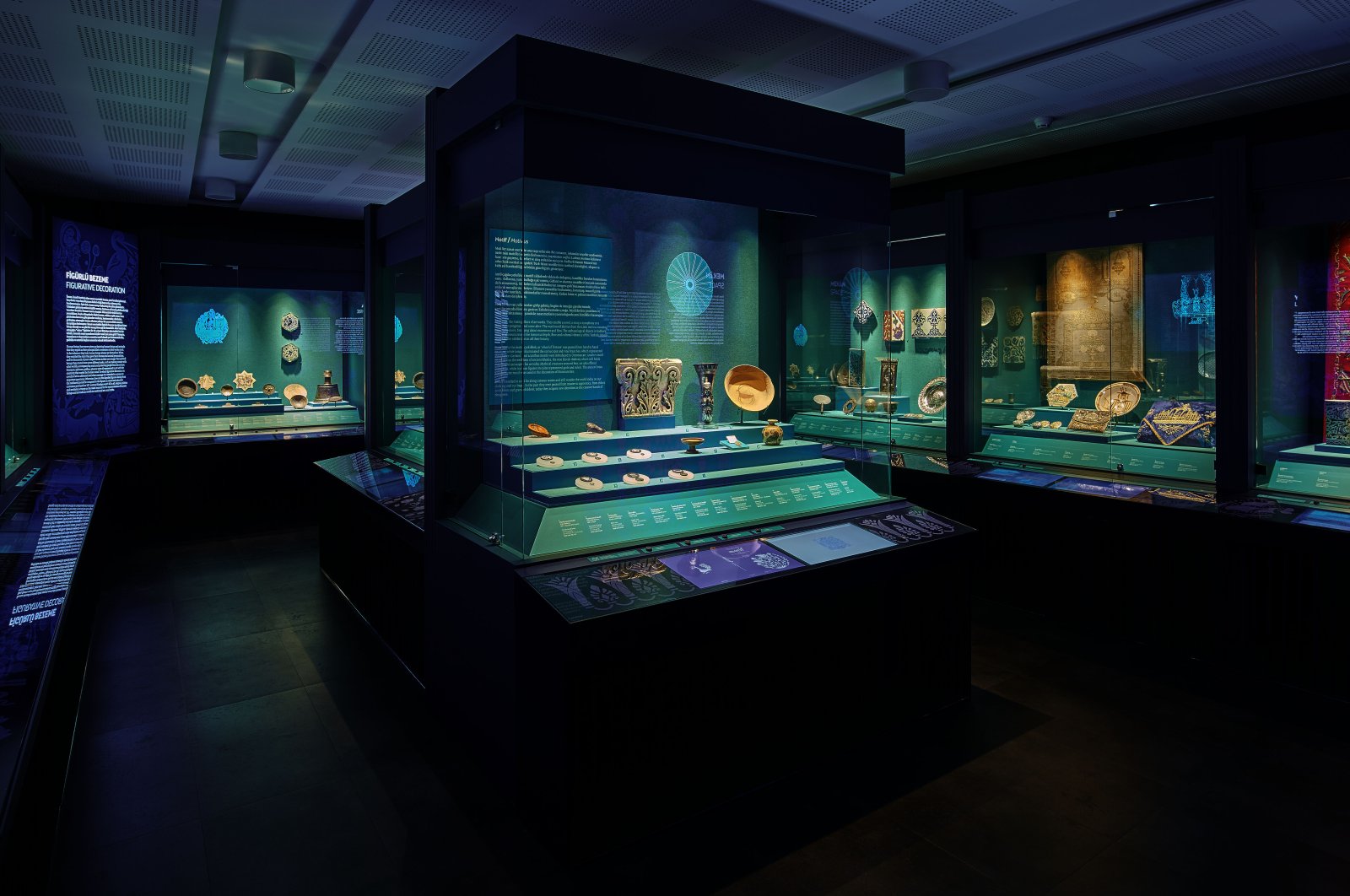 Istanbul’s Sadberk Hanım Museum, which is Turkey’s first private museum is celebrating the 40th anniversary of its establishment with an inspiring exhibition taking viewers on a historical journey. Presented to art lovers on Nov. 9, “Motif” will be on display until Oct. 31.

The exhibition appears as a show that makes the panoramic diversity of the museum visible instead of just presenting a specific group of works. The museum’s exhibitions have focused on strong aspects of the museum’s collections to date. However, the newest one links the museum’s objects through their motifs.

Motifs can be regarded as mainstays of artworks. The motifs of a novel, a story, a symphony or a folksong carry these works forward and enrich them. Inspired by this perspective, “Motif” reveals the historical depths and cultural movements of the beautiful motifs on artworks of the museum’s archaeological and Turkish-Islamic sections.

In antiquity, spinning motifs were used on coins that passed from hand to hand while lamps illuminated motifs of cornucopias, vine branches and bunches of grapes that represented abundance and fertility. Garlands and acanthus motifs were used in Ottoman art. The rose motif featured on the coins of ancient Rhodes still conveys meaningful messages. Legendary creature motifs instilled fear but also symbolized protection; human figures on coins represented gods and rulers. The ancient lotus and palmette motifs were used in tile decoration by Ottoman artists.

That is, motifs traveled back and forth along the roads all around the world from past to present. They wander the world appearing on clothes and bags even in today’s world. In the past, motifs were passed down from master to apprentice and from older to younger generations, while in today's world they gain new identities in the creative hands of designers.

Sadberk Hanım Museum’s exhibition aims to increase knowledge, arouse curiosity about motifs and share the beauty of 466 selected objects. These artifacts, representing nearly 500 motifs, are created with a powerfully expressive aesthetic. Visitors will comprehend how closely connected Turkey is to both the East and the West by examining them.

In the exhibition, motifs are arranged from general to specific as five main concepts. While motifs featuring perception of the world and the universe are offered in the Life and Power section, motifs of scenes of nature and the world of plants take place in Nature section. The motifs bearing images of human beings and animals in the art are seen in the Figurative Decoration section. In the Order and Harmony section, motifs reveal the repetition of rules of a larger and majestic system. In the last section Space, they show the ways in which people shape their surroundings.

One of the most important achievements of the exhibition is that it provides visibility to hundreds of motifs that might ordinarily escape attention. People of all ages and from every walk of life can establish an intellectual tie with these historical motifs. While the show shares the story of motifs in the frame of art history and contemporary art, it also sets the scene for a fresh look at many subjects, such as rules, inspiration and evocation in creativity. It draws attention to the possibilities of combining motifs with the visuality of the digital age and to the perfection found in antique works of art and handcrafts.

“Motif” was suggested and structured by professor Turgut Saner, a lecturer in the history of architecture at Istanbul Technical University (ITÜ). Preparations for the exhibition were completed as a result of intensive work by professor Saner, Şebnem Eryavuz, Hülya Bilgi and the museum team.

The exhibition will welcome visitors every day except Wednesday between 10 a.m. and 5 p.m. until the end of October next year.