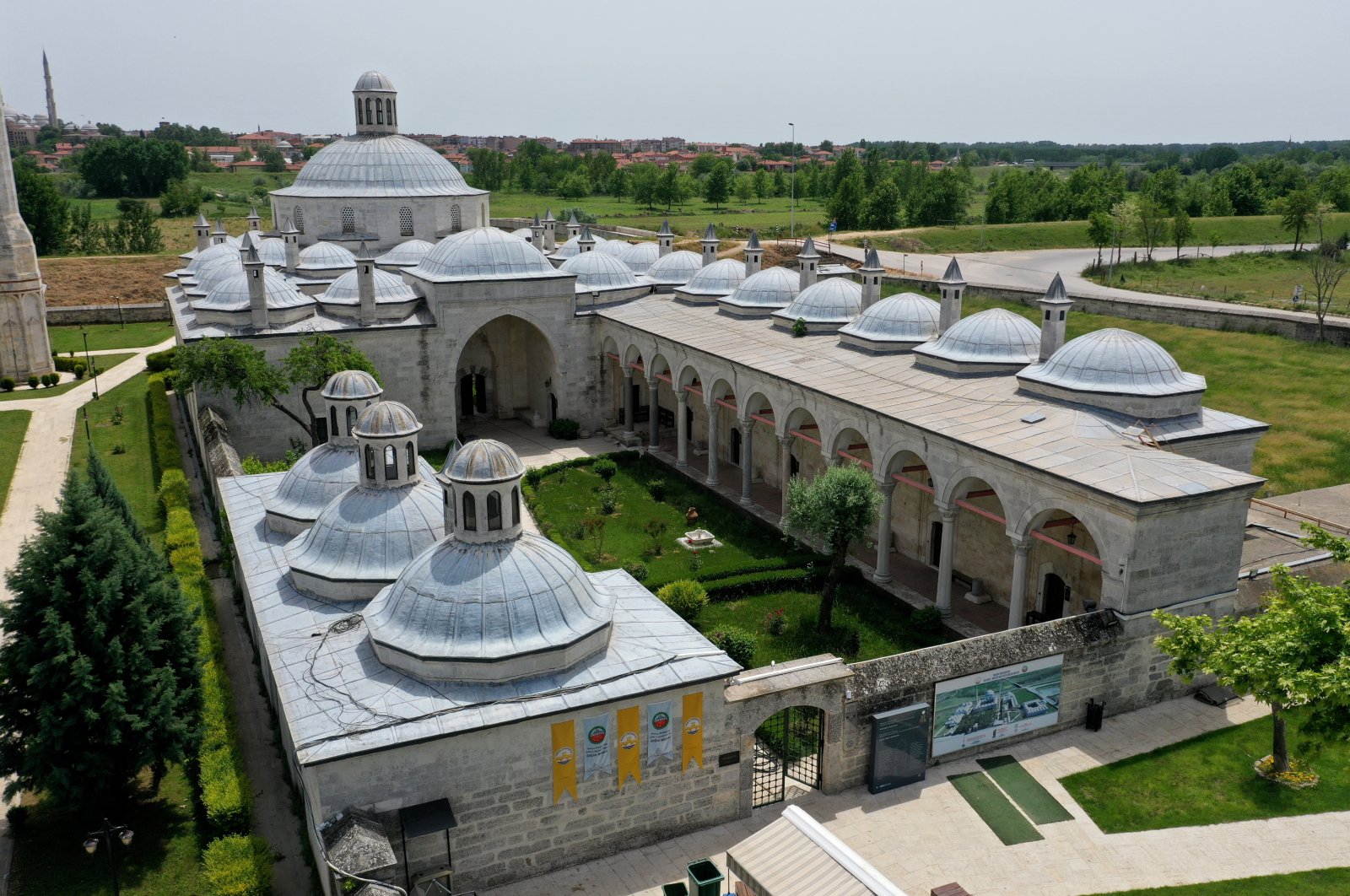 A general view of the Complex of Sultan Bayezid II Health Museum in Edirne, Turkey. (AA Photo)
by Anadolu Agency May 27, 2020 12:47 pm
RECOMMENDED

The Complex of Sultan Bayezid II Health Museum, located in the northwestern city of Edirne, will begin welcoming visitors in June in line with strict COVID-19 measures. Guests will be able to tour the historical site after protective measures determined by the Ministry of Culture and Tourism have been carried out.

In an interview with Anadolu Agency (AA), museum director Hakan Akıncı said that this year’s Museum Week was bittersweet due to the coronavirus outbreak. Underlining that the ministry has taken various measures regarding museums, Akıncı noted: “We are in the process of normalization and are eagerly awaiting the day our museum opens in June. The ministry has outlined in a notice the measures we need to implement in museums and archaeological sites. We are taking these measures within the framework of this notice."

Visitors will not be able to enter the museum without masks, they must disinfect their hands and feet at the entrance and their temperature will be taken. In addition, officials will monitor and enforce 2 meters of social distance throughout the facilities. Akıncı also said that they have put up warning posters describing the coronavirus measures in many parts of the historical museum.

The Complex of Sultan Bayezid II Health Museum is the second-most visited site in Edirne after the Selimiye Mosque, according to Akıncı. He said they are content with these visitor numbers, mentioning that they saw an increase in the number of domestic and foreign visitors following the museum’s admission to the UNESCO World Heritage Tentative List. “Some 270,000 people visited our museum last year,” he added.

The foundations of the complex were laid by Sultan Bayezid II while he mounted a 1484 expedition to Akkerman, located in the gulf of the Dniester River on the Black Sea, and construction was completed in 1488. During the Ottoman era, the complex served as a medical school, hospital and almshouse. It was the only hospital devoted solely to mental health treatment after the 1800s.

After the Balkan Wars in the final years of the Ottoman Empire, the complex was destroyed and its activities were terminated. It was later acquired by Trakya University in 1978 and restored in 1986.