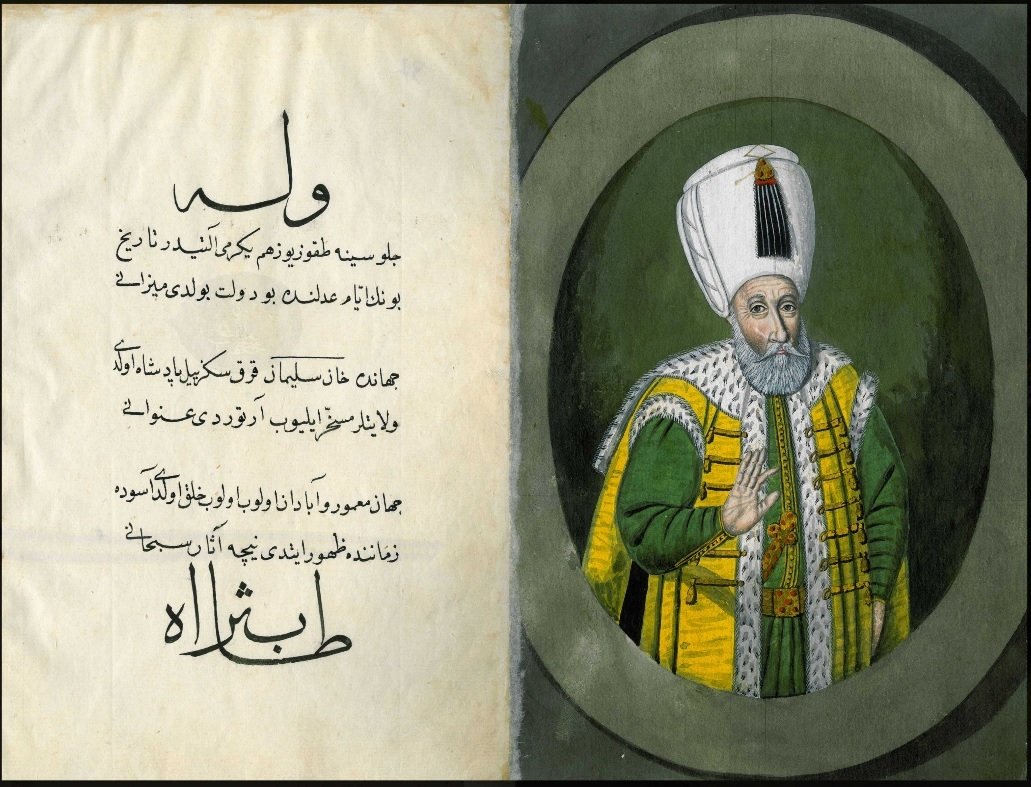 Still shot of a poem written by 17th century Ottoman historian and composer Solakzade Mehmed Hemdemi in honor of Sultan Suleiman, accompanied by a portrait of the sultan, Jan. 5, 2021.
by DAILY SABAH WITH AA Jan 06, 2021 12:05 pm
RECOMMENDED

The 16th-century Ottoman ruler Sultan Suleiman I, who reigned for 46 years, is being commemorated in a virtual exhibition titled "Kanuni Süleyman Devri" ("Era of Sultan Suleiman the Magnificient") on the 500th anniversary of his accession to the throne.

The online event recognizes the sultan's conquests, campaigns and 46-year rule, the longest of any Ottoman sultan, as well as his poems written under the pen name "Muhibbi" (meaning amicable and lover in Ottoman Turkish). The exhibition also features manuscripts about the sultan's era, who was known as Suleiman the Magnificent in the West and as the Lawgiver in his own realm.

Selected works from the Süleymaniye Library, which has the largest collection of manuscripts in Turkey, are showcased in the exhibition as well as pieces from Köprülü, Atıf Efendi, Nuruosmaniye and Ragıp Pasha libraries.

Visitors have the opportunity to examine the 46 manuscripts detailing Sultan Suleiman I's reign while gaining a better understanding of Ottoman arts and culture, with the empire ruling over 25 million people across three continents during Sultan Suleiman's epoch.

They can relive the sultan's Belgrade campaign through the words of Feridun Ahmed Bey, an influential Ottoman officer and author who lived in the 16th century.

The sultan's death during the siege of Szigetvar in the Kingdom of Hungary in 1566 is narrated in the writings of Ottoman scholar and chronicler Selaniki Mustafa Efendi, also known as Mustafa of Salonica (modern-day Thessaloniki).

Many historical events and figures are featured in the exhibition which creates a chronological portrait of the rule of the sultan and the history of the Ottoman Empire. Artworks by distinguished artists of the era, such as miniaturist and illuminator Karamemi, calligrapher Ahmed Karahisari and poet Baki, also known as the "Sultan of Poets," are included in the exhibition, providing a deeper context.