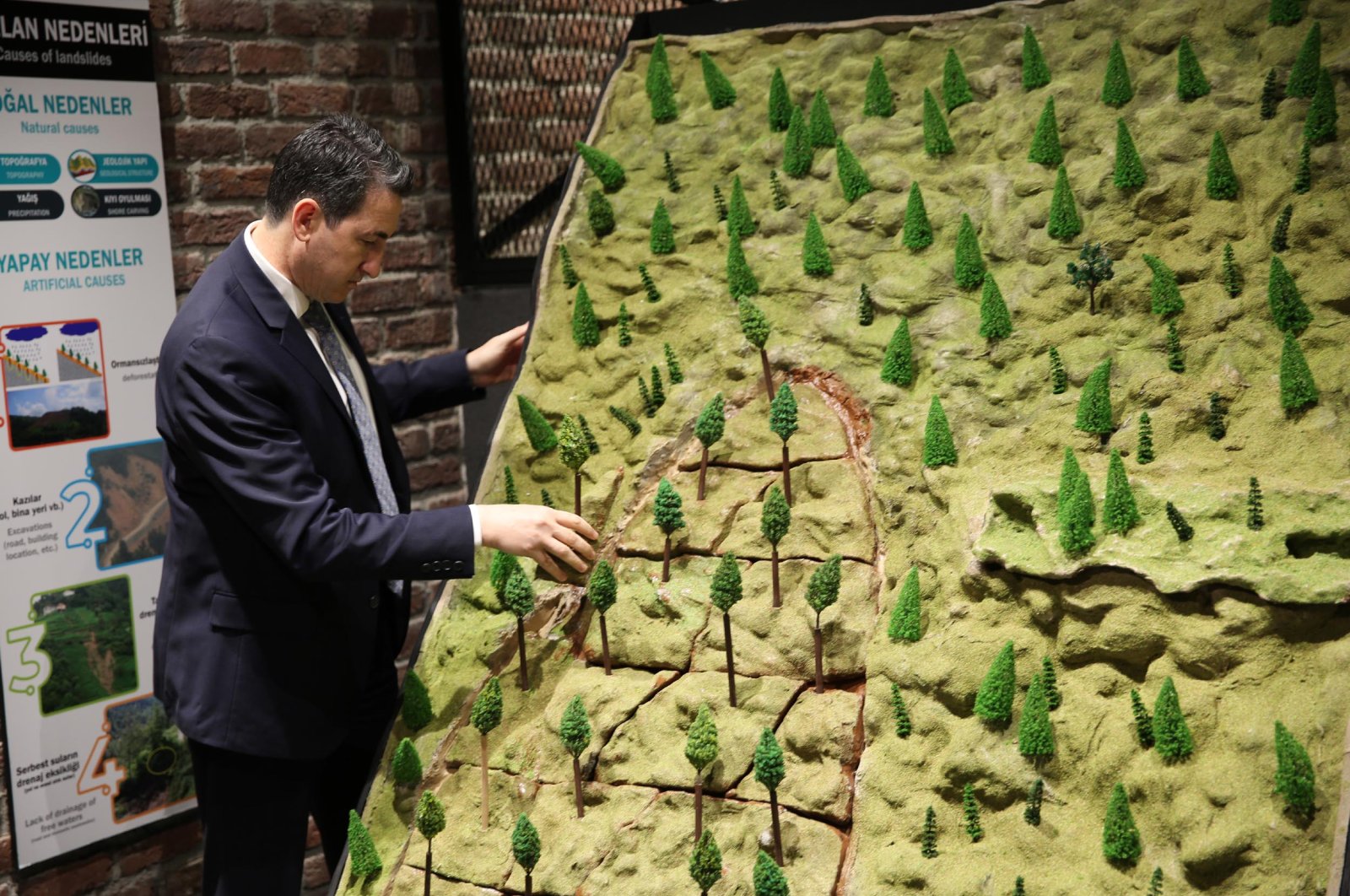 An interactive museum on floods has been established in the Trabzon province in Turkey’s Eastern Black Sea region – which faces a high risk of floods and landslides – by the General Directorate of State Hydraulic Works (DSİ) to raise public awareness about natural disasters. Visitors will be able to experience the moment of flooding in the virtual room.

Floods, landslides and overflows that occur every year in Turkey’s Eastern Black Sea Region cause loss of life and property, and damage in agricultural areas. As the seawater temperature has been staying above the seasonal norms in the Black Sea recently, the heated water rises and disrupts the atmosphere. Sudden floods, landslides and overflows that follow local heavy rains adversely affect life in the region.

Emre Akçalı, the 22nd regional director of DSİ Trabzon, said that most of the floods in the region and Turkey are of human origin. “We wanted to raise awareness in this sense and create an awareness museum for our people with the theme of avoiding floods and protecting ourselves from them. It has become the first interactive flood museum in Turkey and the world,” Akçalı said.

Akçalı said that there will be information about overflows at the museum with modeling and other issues, such as not covering creeks or pouring materials into stream beds in order to avoid floods, will also be highlighted.

“Additionally, we will provide information on innovative flood control facilities, which are being introduced in the world. We will present the experiments in our hydraulic models. We will inform citizens about city flood models. In a lively model about the Of (town) flood, which occurred in our region in 1929 and killed 147 people, we are reliving that disaster,” he said.

The museum also features a "time tunnel," in which photos and documents about floods that have occurred since 3,000 B.C. are displayed, and a virtual reality room in which guests feel they are immersed in the water and are instructed how to act to save themselves.

"In our museum, which can be visited by anyone from 7 to 70, citizens will both have a good time and receive information about floods in approximately 25 sections. We have not made our official opening yet due to the pandemic. The museum will be at the service of our people after the inauguration," Akçalı said.