Unbuilt designs of Hungarian architects on display in Ankara 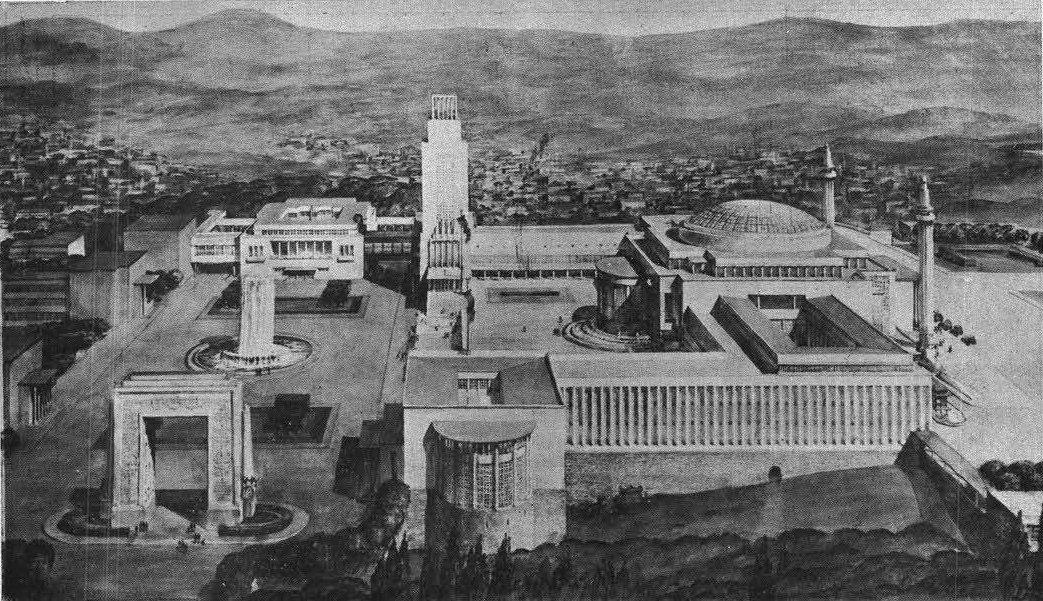 Hungarian architect Jozsef Vago's project for the competition on the building design of the Turkish Grand National Assembly (TBMM) in 1937.
by DAILY SABAH Feb 03, 2021 3:05 pm
RECOMMENDED

The Hungarian Cultural Center will host an exhibition in the capital Ankara consisting of projects developed by Hungarian architects in Turkish lands that were never completed, from the late Ottoman period to the early republic era. The exhibition, prepared with the support of the Hungarian Tungsram lighting company and Hungarian and Turkish researchers, will welcome visitors on Feb. 4-25 in the Doğan Taşdelen Contemporary Arts Center.

The exhibition, titled “Hungarian Designs in Turkey, the Unrealized Projects of Hungarian Architects from the Late Ottoman to Early Republican Turkey,” will shine a light on the history and development of architecture in Turkey, analyzing an era of significant change for the country.

The diverse catalog of unfinished architectural designs will include Imre Henszlmann's 1937 church design titled "Soli Deo Gloria," Jozsef Vago's project submitted to the competition on the building design for the Turkish Grand National Assembly (TBMM) in 1937 and Ferenc Hillinger's 1938 sketch of a residence on Istanbul's Bosporus Strait.

The exhibition also showcases a video, prepared with the support of the Foundation for the Protection of Heritage of the Tomb of Gül Baba – an Ottoman mausoleum in Budapest – which depicts how the sites of the projects would look like if they were completed.

Visitors will also be invited to vote for the structure they would most like to be brought to life. The exhibition will include projects of prominent Turkish architects of the time as well, including Mimar Kemaleddin Bey, Sedad Hakkı Eldem, Zühtü Başar and Ekrem Hakkı Ayverdi.