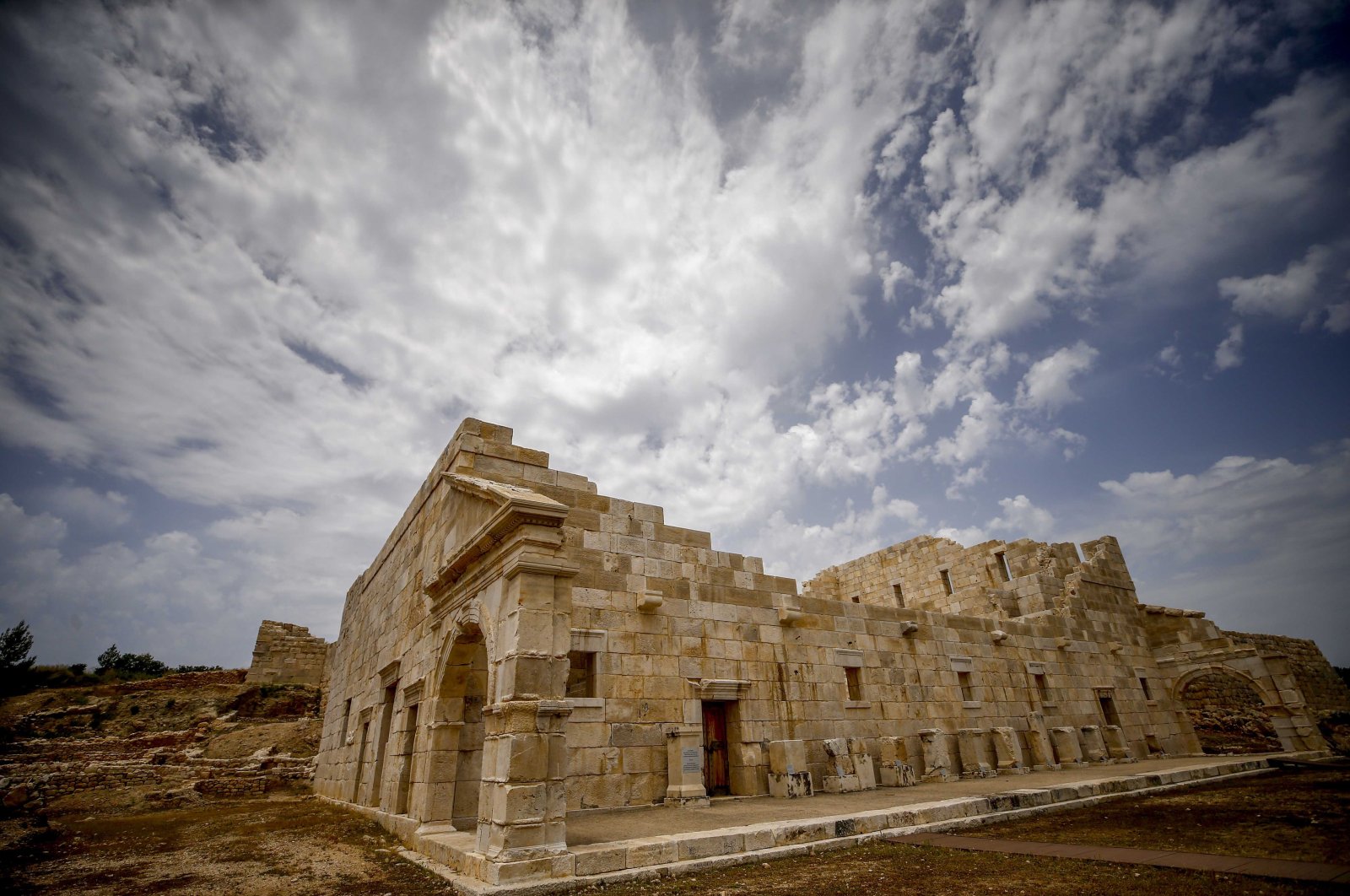 The Paliament Building is one of the excavation areas in the ancient city of Patara. (AA Photo)
by Anadolu Agency May 29, 2020 1:07 pm
Edited By Irem Yaşar
RECOMMENDED

Professor Havva Işkan Işık, the head of the excavation team in the ancient city of Patara, stated that they found a large number of sculptures during excavations in the ancient theater, adding: “This gave us excellent clues as to what kind of concept the Patara Theater was built on.”

Işık, who is also a faculty member at the Department of Archaeology, Faculty of Letters at Akdeniz University, told Anadolu Agency (AA) that Patara, located in the Kaş district of the Mediterranean province of Antalya, was one of the most important port cities in history. She noted that they have been carrying out important studies on many works in the ancient city since President Recep Tayyip Erdoğan declared 2020 “The Year of Patara,” saying that the excavation team continued to work during the outbreak of coronavirus.

The professor stated that they are excited by every new artifact they find in the ancient city, which bears the traces of many important historical figures, like the first day they started the excavation. “During one of excavation works at the theater, we found a large number of headless statues. This gave us excellent clues as to what kind of concept the Patara Theater was built on. There are also numerous inscriptions at the theater. A good working process for these works awaits me. We have found an important inscription, and the ministry will disclose the details about it to the public,” Işık added.

Emphasizing that the first radio telegraph station was also found in Patara, Işık continued: “The museum project of the station we were working on has been completed and accepted by the Regional Board of Conservation of Cultural Assets.” Noting that relevant works will start soon and the museum will be completed before the end of the year, Işık said that visitors will be able to see the museum as well.

“We completed the work on the city gate, which is 19 meters (62.3 feet) wide, 10 meters (32.8 feet) high and estimated to be 2,000 years old, and which is unique in the world in terms of its task of transferring water, during the coronavirus outbreak. It is an excellent artifact. The missing pieces were replaced by the original pieces. There were earthquake-induced deformations, and they were all fixed and became very beautiful.”