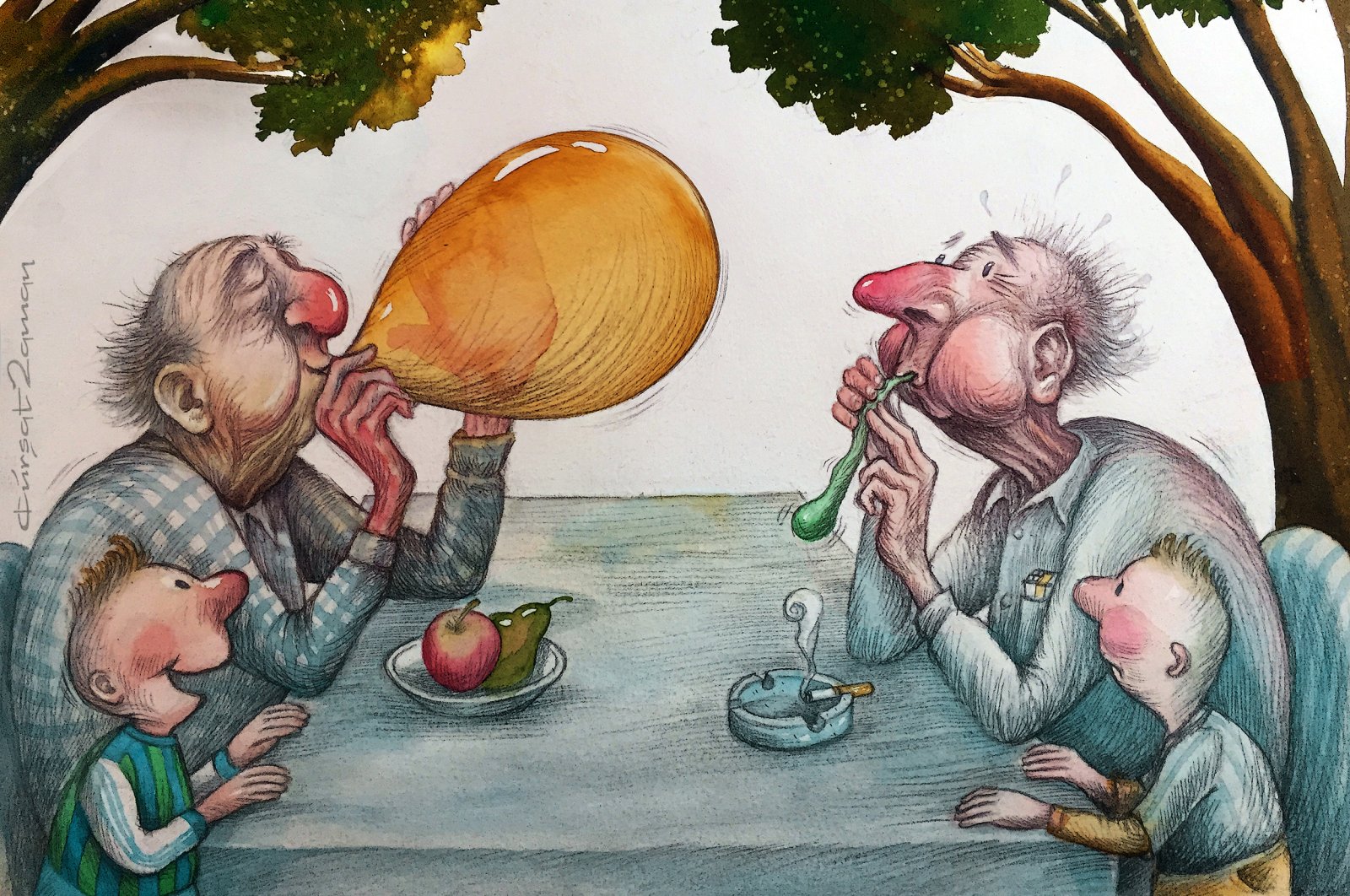 The award ceremony of the Fourth International Green Crescent Cartoon Contest, organized by the Green Crescent (Yeşilay) with the theme of “Role of Healthy Life in the 100th Anniversary of the Fight Against Addiction” was held online this year. The goal of the contest was to attract attention to the fact that the awareness of a healthy life and habits contributes to the avoidance of addictive substances. The contest was open to both professional and amateur cartoonists from Turkey and around the world. A total of 479 cartoonists from 55 countries joined the contests with 908 works of art in the fourth year of the contest.

While the contest attracted intense attention from many countries, Turkish contestant Fethi Gürcan Mermertaş won the first prize, Russian contestant Vladimir Nenashev and Turkish contestant Faruk Düz came in second and third, respectively. Jitet Kustana from Indonesia, Kürşat Zaman from Turkey and Hamid Ghalijari from Iran were awarded the achievement awards. Also, the Mazhar Osman award was given to Ahmet Öztürklevent from Turkey, and the 100th Anniversary Special Award was given to Hakkı Uslu from Turkey.

Speaking at the award ceremony, Green Crescent Chairman professor Mücahit Öztürk underlined that the Green Crescent is one of the oldest nongovernmental organizations struggling with addictions. “We are proud to mark our 100th anniversary this year,” Öztürk noted, saying: “Our main goal is to raise awareness of addictions in all people.”

Indicating that words might not be always enough to create awareness, Öztürk said: “So, we organized the cartoon contest and got the result we expected. Cartoons are not just pictures or figures, and they could make a lot of sense. For this reason, especially young people and children's interest in cartoons is very valuable to us. Every piece that comes to this competition is invaluable to us. We are striving to convey the right messages of these works to all humanity. First of all, I would like to thank all the artists who participated in this competition and congratulate those who received awards in the competition.”

The winners of the Fourth International Green Crescent Cartoon Contest and the outstanding works that competed in the contest can be seen through a virtual exhibition at the specially prepared website.