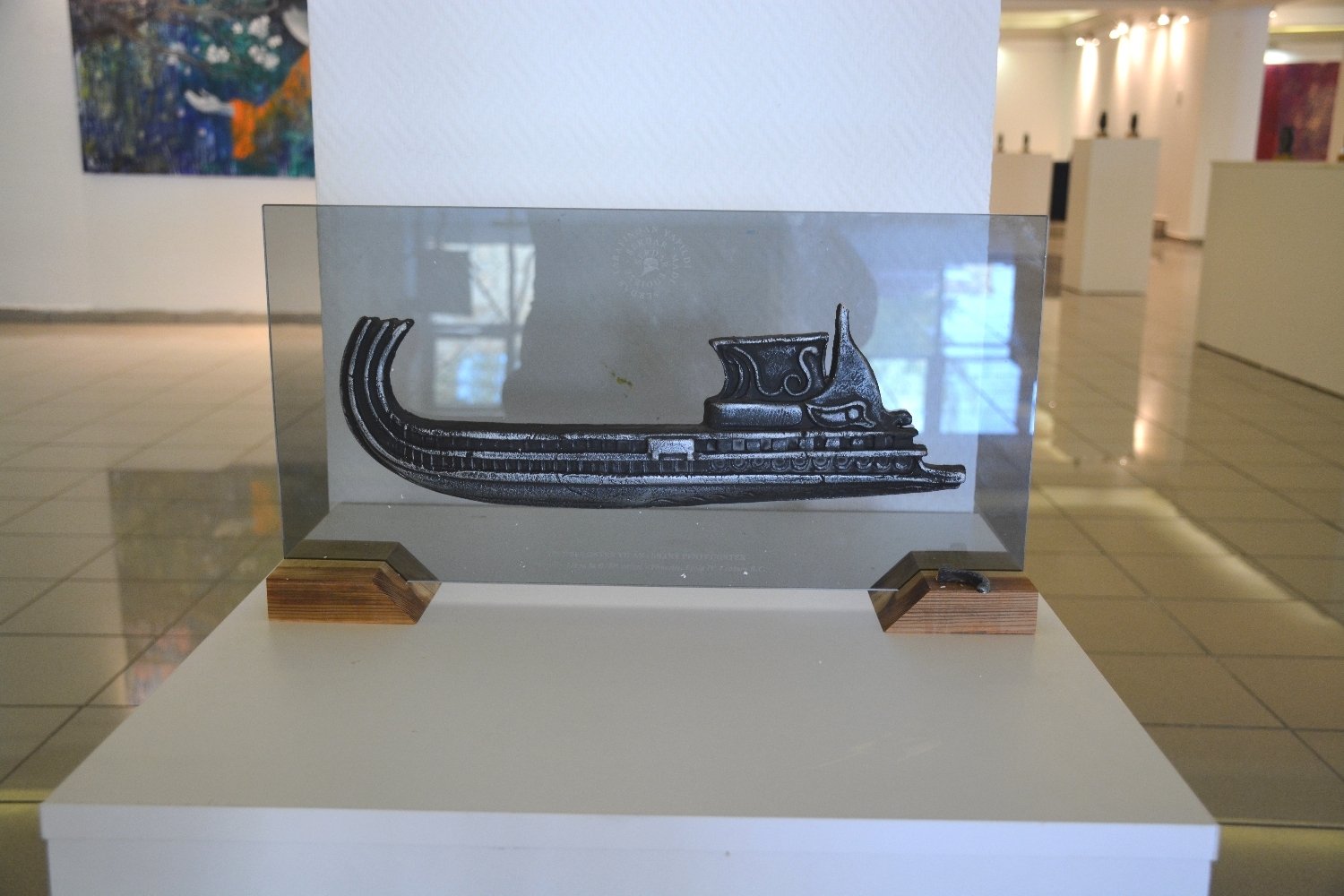 A depiction of an ancient galley of Lycia from the “Lycian Penteconters and Apollon Ceramics Exhibition after a 2000-Year Journey,” Cyprus Museum of Modern Arts.
by DAILY SABAH
Jul 29, 2021 12:41 pm

Cyprus Museum of Modern Arts is preparing to host a new exhibition of ceramic works bearing the traces of the ancient galleys of Lycia. Titled “Lycian Penteconters and Apollon Ceramics Exhibition after a 2000-Year Journey,” the show will open at the Near East University Atatürk Cultural Center Exhibition Hall on Aug. 2.

The pieces in the exhibition were prepared by the artist and academician Serdar Aslan. Aslan sized up the possible appearances of 5th century BC Lycian penteconters (Ancient Greek galleys) during a four-year study. Then he shaped ceramic clay in various forms to depict the penteconters. The artifacts took their final form by being colored with silver pigment.

Stating that the ancient galley depictions on Lycian coins that he prepared convey the development of penteconters used in Lycia in the 5th century B.C., Aslan said: “other remarkable examples of them are on Apollon coins. On the back of these coins, there are ancient galleys and the names of high-ranking civil servants of the period can be seen under these penteconters.”

Pieces with ancient galley depictions and figurines depicting magistrates, high-ranking civil servants of the period, were positioned in a free stance on irregular pedestals in the exhibition area. Aslan says about this curation: “This presentation, which is interpreted with an unrestricted artistic point of view, is a reaction to stereotypes.”