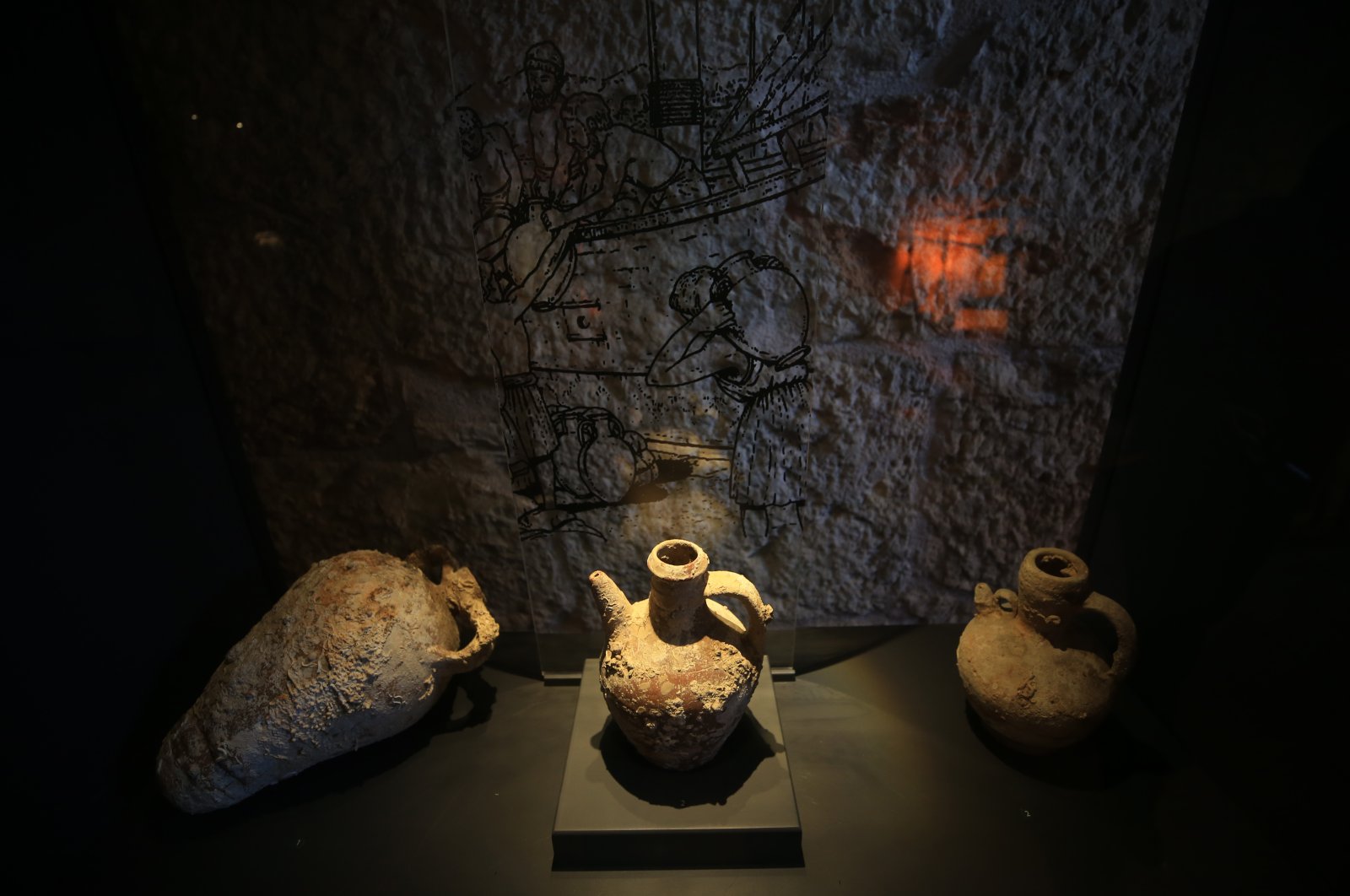 Artifacts from the Lycian civilizations are on display at the Museum of Lycian Civilizations, Antalya, southern Turkey, April 27, 2021. (AA Photo)
by Anadolu Agency Apr 28, 2021 11:25 am
RECOMMENDED

The Museum of Lycian Civilizations explores the history of Lycian League cities by offering a mesmerizing journey into the dusty pages of the past in the southern Turkish resort city of Antalya.

The Lycian League was established with 23 cities on the Teke Peninsula along the Mediterranean. Known as the first democratic union in history, the league was a source of inspiration for modern-day democratic systems. Among the major cities of this federation were Patara (the capital), Xanthos, Pinara, Olympos, Myra and Tlos. In the democratic system of the league, the equal representation of all cities was assured. While principal cities had a right to three votes, smaller ones had two or one in line with their size.

In order to shed light on the historical and cultural heritage that the Lycian civilizations left behind in Anatolian lands, the Museum of Lycian Civilizations was opened in 2016 in Antalya’s Demre district. The museum building was constructed as a granary in A.D. 129 in the archaeological site of Andriake, which is the port neighborhood of the ancient city of Myra. After being converted into the Museum of Lycian Civilizations, the building is decorated with artifacts unearthed during the excavations of various ancient cities, including Patara, Myra, Xanthos, Tlos and Olympos. With its 1476 historical works, the museum takes its visitors on a journey into the religious beliefs as well as the economic and social life of the Lycian League.

Visitors first pass through the archaeological site of Andriake, where they can enjoy a nature walk among the historical harbor roads featuring an ancient bath, church, agora and cistern, on the way to the museum. They also have a chance to see 126 different bird species at the stream called "bird paradise" right next to the museum.

When they finally arrive at the museum building, they are first welcomed by the sculptures found during the excavation of Patara last year. Artifacts such as a customs inscription and a votive stele dedicated to 12 gods and animations of how loads were brought to the harbor in ancient times are also other features that mesmerize visitors.

Museum director Nilüfer Sezgin told Anadolu Agency (AA) that the museum building’s historical structure provides a different atmosphere for its visitors. According to Sezgin, there are only three historical granaries converted into a museum in the world.

“Lycia is a very important civilization. The cities listed from Olympos to Fethiye form the Lycian League. These cities were autonomous within themselves and they made decisions together against the outside. The cities had voting rights according to their economic power. The system of the Lycian League is known as the first democratic practice in history. Seeing the traces of such a civilization excites our visitors," the director said.

Sezgin emphasized that the traces of the Roman, Byzantine and Ottoman rulers in the Lycian region can also be traced in the museum. “Visitors can take a nature walk along the stream near the museum and in Andriake. Then, they can visit many artifacts belonging to different religions in the museum. For example, we found synagogues in excavations right next to our museum in 2010. It was determined that Jews also lived in this region in the A.D. fifth century."

She pointed out that the region suffered two major earthquakes and was covered by alluvium after the nearby stream overran its banks. "This means this region is a well preserved city for archaeologists. We have come across structures still standing under 10 meters (33 feet) of alluvium. Like the head of our excavation, professor Nevzat Çevik, said, the region will be unearthed as the 'Pompeii of Anatolia' and the value of the museum will increase with each passing day," Sezgin added.