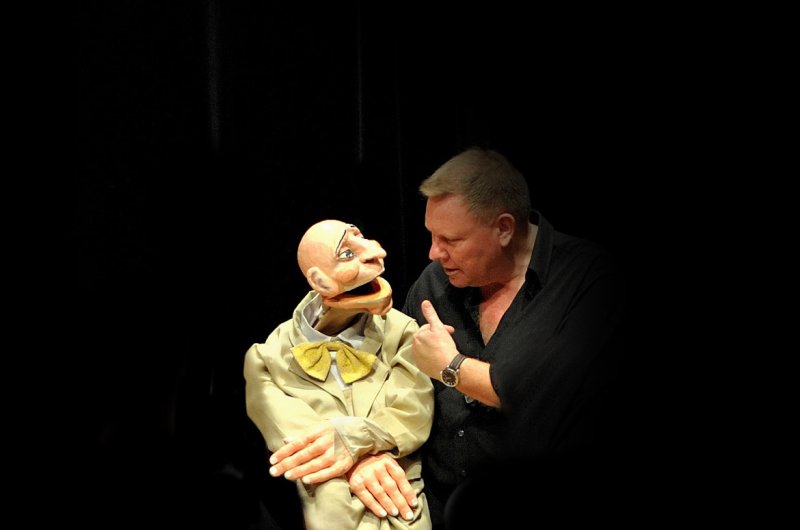 Fifty theaters will perform shows with their puppets at the 14th International Puppet Day in İzmir. (AA Photo)
by Anadolu Agency Mar 04, 2020 11:40 am
RECOMMENDED

Turkey's western İzmir province is hosting world-famous puppeteers as part of the 14th International Puppet Days from March 5 to March 22. Featuring 50 puppet theater groups from 21 countries, the event's slogan this year is “Listen to puppets this time." Within the event program, the 50 groups will perform 52 plays and 223 performances, exhibitions and workshops in 37 indoor and outdoor showgrounds all over İzmir. About 200 artists and 600 puppets from abroad will meet the audience at the festival, which will also feature Anatolia’s Hacivat, Karagöz and İbiş puppets.

Supported by the Ministry of Culture and Tourism, İzmir Metropolitan Municipality, İzmir Chamber of Commerce, district municipalities, embassies, cultural centers and universities, the festival will start with German Theater Strahl’s “Klasse Klasse” at the Sabancı Cultural Palace on March 5.

Selçuk Dinçer, a theater and vocal artist and the director of İzmir International Puppet Days, told Anadolu Agency (AA) that they will organize the world's largest puppet festival in İzmir. Some 20 years ago, Dinçer discovered a puppet festival in Spain and became curious about it. After extensive research into his new-found passion, he and his team set off with a decision to organize an international puppet organization in İzmir. The festival, which they started with a group of five, has become one of the most important puppet events in the world for 14 years.

Puppets are not only an entertainment tool for children: They also appeal to people of all ages as the art consists of different disciplines such as music and dance. Dinçer also noted that “among the festivals held annually, we have started holding the largest puppet festival in the world. Festivals cannot be the property of individuals or institutions, but they are the property of the city. When a city embraces a festival, it grows. And İzmir has embraced this event.”

Emphasizing that the festival's puppets attract a certain audience from across Turkey, Dinçer said that the festival will also feature exhibitions and workshops. “We aim to exceed 100,000 spectators this year. With the program spreading all over İzmir, audiences can watch 8-10 shows every day,” he added.

As part of the festival, a panel titled “The Role and Importance of Puppets in Child Training” will be held under the moderation of Professor Hülya Nutku. Also, "Selection from the Kaohsiung Museum Shadow Play Collection" from Taiwan, "Chinese Traditional Shadow Play Figures Exhibition from Ming Ri Institute" from Hong Kong and "Suat Veral Karagöz Depictions Exhibition" from Turkey will bring Turkish and Far Eastern shadow figures together.