Zeytinburnu Mosaic to be introduced at Istanbul symposium 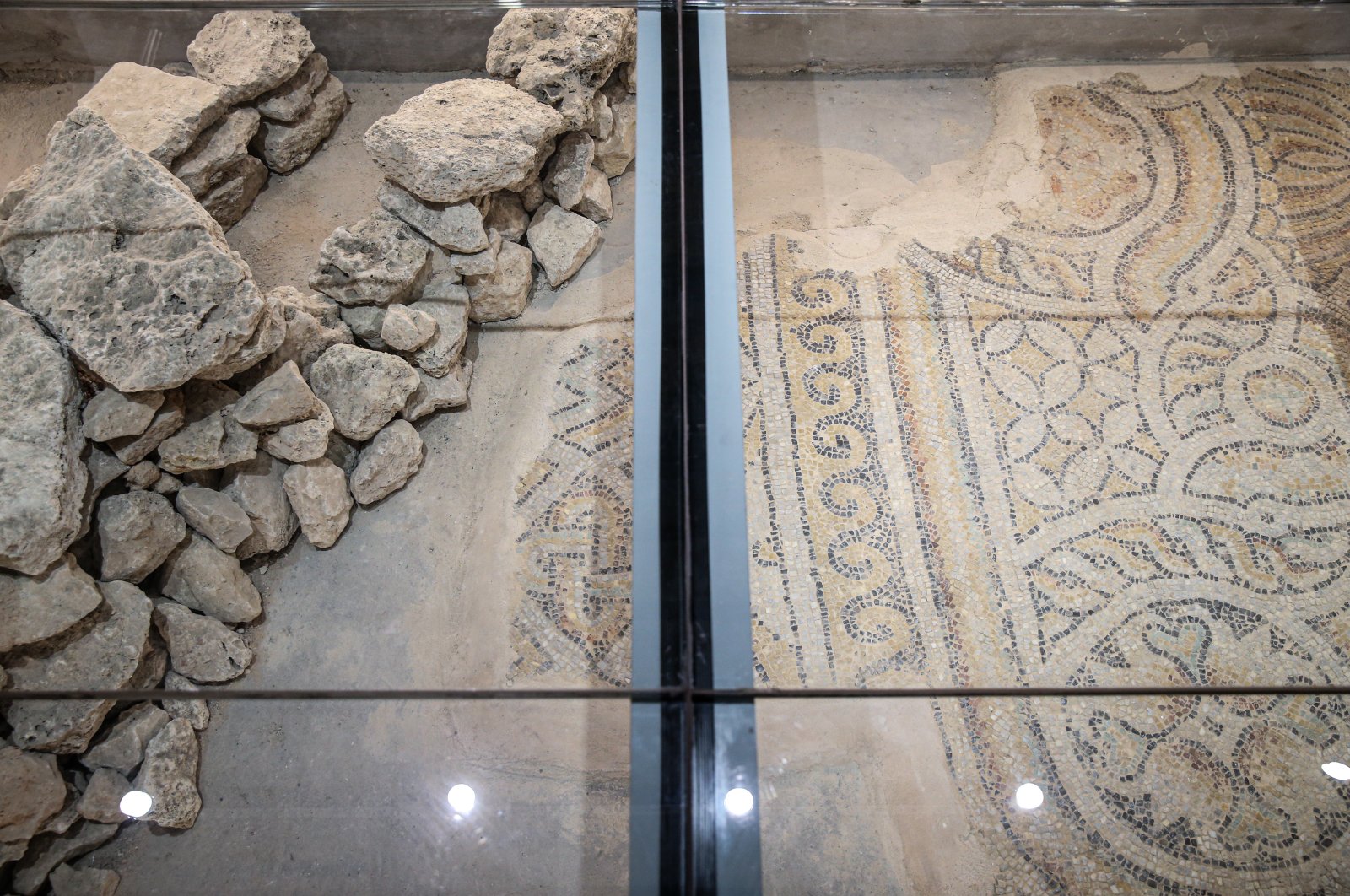 A mosaic found in a historical building in Istanbul's Kazlıçeşme neighborhood that served as the Zeytinburnu District Municipality for many years will be introduced at a symposium held by the municipality on Thursday.

Thought to belong to the late Roman-Early Byzantine period, the mosaic was discovered during a restoration started at the historical building after the district municipality moved to its new location. The area the building is in served as a battlefield after the Late Roman-Early Byzantine period, when the mosaics are believed to have been created. The building was used as Cebehane Hospital during the reign of Sultan Mahmud II in the Ottoman period in the 18th century and allocated as a military hospital by Halil Pasha in 1847. Later, it served as a dormitory for military officers' children, a military recruiting office and lastly as the presidential building of Zeytinburnu District Municipality for 25 years.

During the restoration at the historical site, a mosaic belonging to the Roman period, believed to be dating back to the fifth century A.D., was unearthed. The mosaic was protected by glass and presented to visitors. Zeytinburnu District Mayor Ömer Arısoy recognized the possibility that other parts of the mosaic motifs could still be unearthed in the area outside the building, therefore excavations continued there. Once the ongoing excavations are complete, the building will also serve as a mosaic museum.

The upcoming symposium will address culture, tradition and values of different times. District Mayor Arısoy will open the symposium and professor Asnu Bilban Yalçın, an expert on Byzantine art history, will share valuable information in her opening speech. After the mosaic workshop, which mosaic artists Meyçem Ezengin and Arısoy will hold together, the symposium will begin featuring speeches by various prominent speakers.