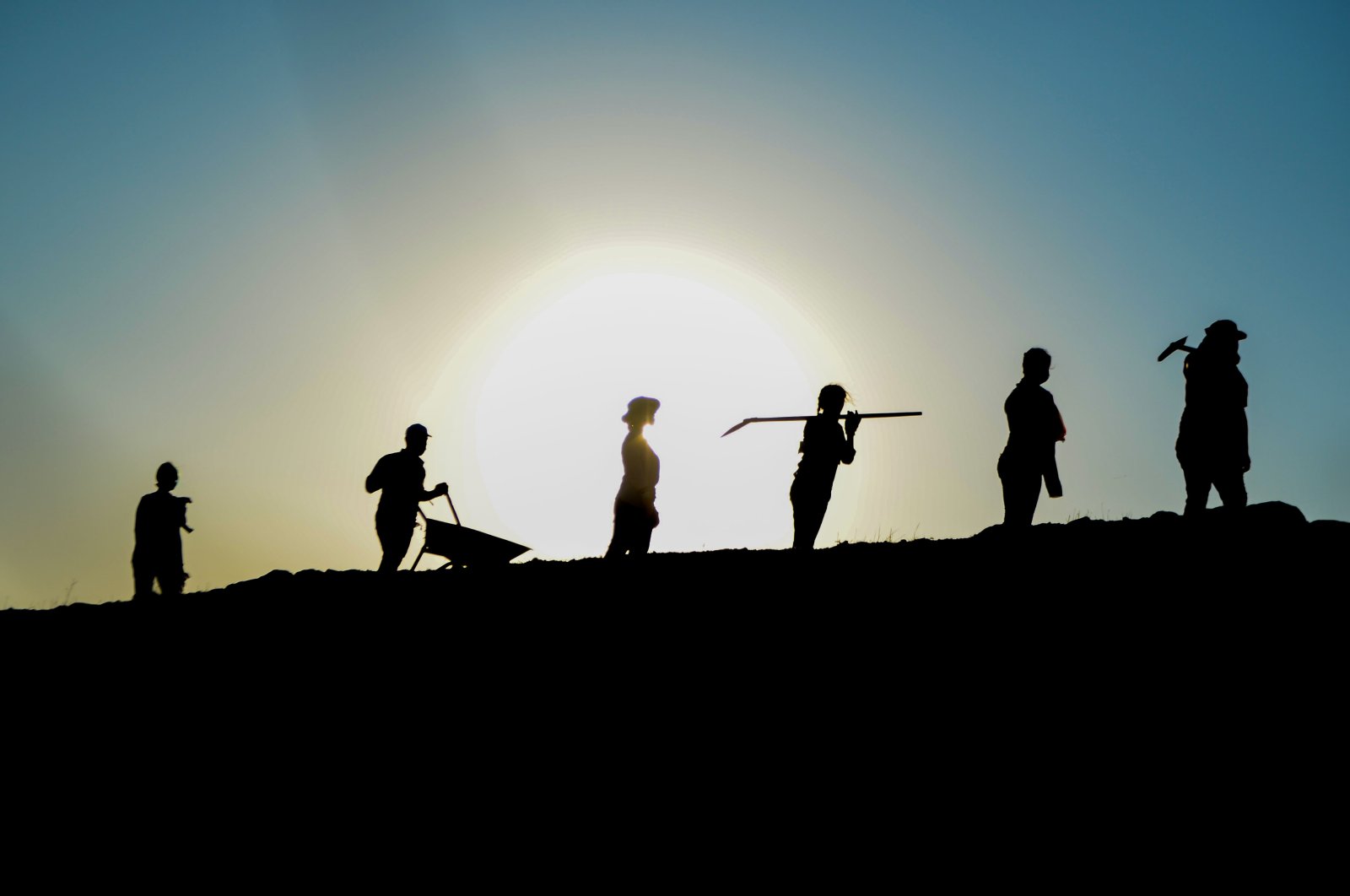 Excavation work on the Oylum Höyük (mound), which is located at the zero point on the Syrian border, continues with a team of 20 people, including six academics. This work was initiated in cooperation with the Ministry of Culture and Tourism, Gaziantep University, Kilis Governorate and Kilis Municipality.

Professor Atilla Engin, the head of the excavation team and the dean of Tourism Faculty of Gaziantep University and the head of the Department of Archaeology, Faculty of Letters at the same university, told Anadolu Agency (AA) that findings unearthed as a result of excavation work in recent years shed light on the history of the region.

Indicating that works in Oylum Höyük are the longest-running excavation project in the Southeastern Anatolia Region and that the excavations have been going on for more than three decades, Engin stated that they mainly research the layers dating back to the Iron Age and Bronze Age.

According to Engin, Oylum Höyük is one of the most important mound settlements in both the Southeastern Anatolia region and Turkey. The work carried out here has revealed a monumental palace structure belonging to the first period of the Middle Bronze Age and privy signets and seal impressions and two clay cuneiform tablets dating back to the second period of the Middle Bronze Age and Late Bronze Age. Indicating that Oylum Höyük was an important administrative center, Engin said: “All this has left no room for doubt that Oylum Höyük was a major kingdom center at least in the Bronze Ages.”

Engin also said that the discovery of monumental structures such as the palace and epigraphic written documents has begun to place Oylum Höyük in a different and important place in the history of the region in recent years.

Expressing that the region is an inter-regional crossing point as it is located in a geography where the Anatolian plateau ends and the Syrian plains begin, Engin noted: “As a result of excavations and findings, Oylum Höyük has come to be a very important center that helps in enriching the Kilis Museum as well as revealing the cultural history of the region. In light of these findings, we think that Oylum Höyük is the center known as Ulisim/Ullis in 3000 B.C. and mentioned as Kuilzila or Ukulzat in Hittite and Egyptian documents in 2000 B.C. This city-kingdom must be a city or capital of the country referred to as Nuhasse in written documents.”

Özdemir added that important artifacts have been brought to the Kilis Museum as a result of excavations that have been going on for nearly three decades.