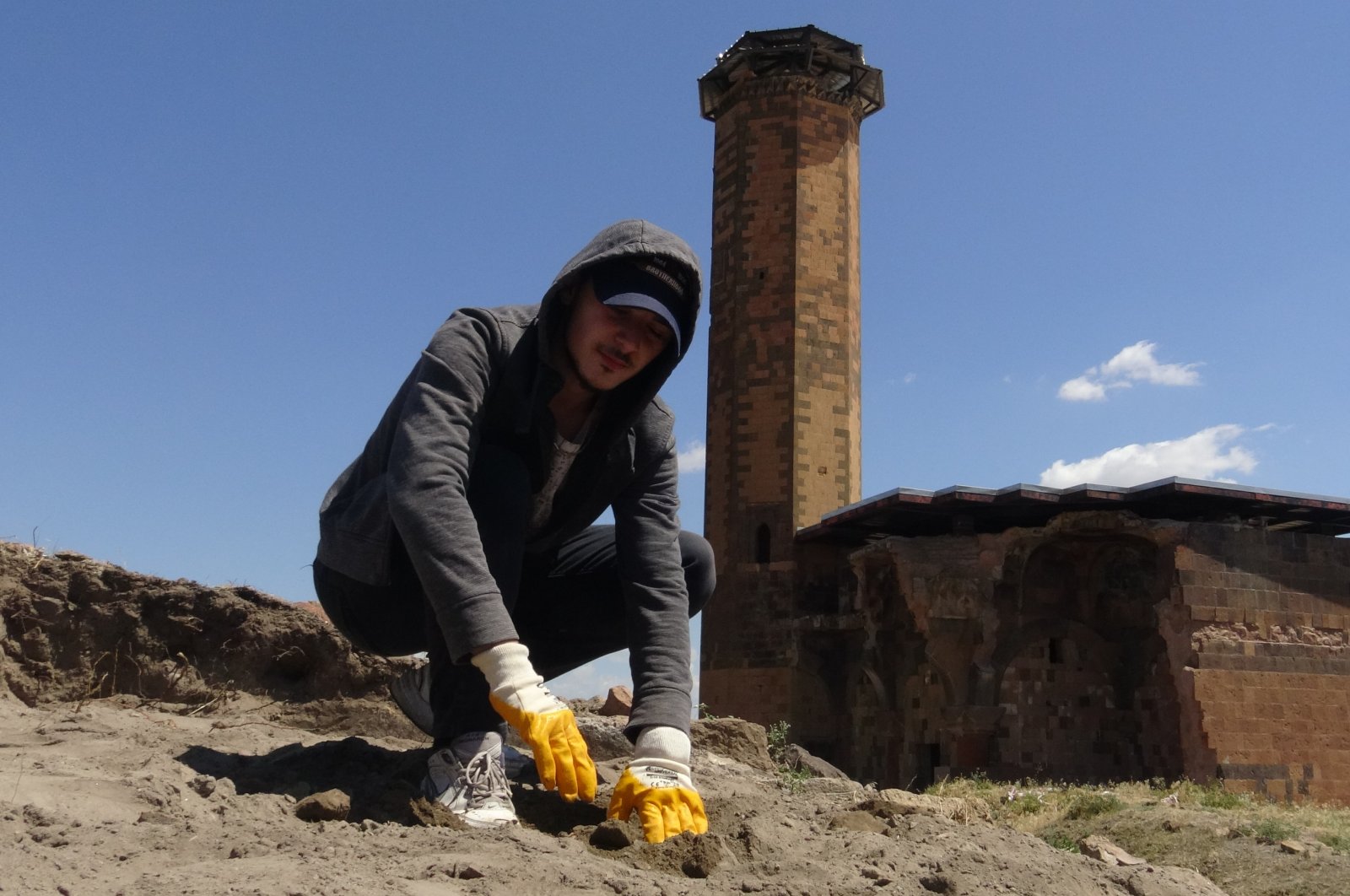 Excavation and restoration work at Ebu'l Manuçehr, the first Turkish mosque in Anatolia, has entered its second month. The mosque, located at the Ani Ruins in eastern Turkey's Kars, will be opened to worshippers once the restoration is complete.

It was built by Ebu'l Manuçehr Bey, after Seljuk Sultan Alparslan won the Battle of Manzikert in 1071. Situated near the middle of two deep bottlenecks of the Arpaçay River on the Turkish-Armenian border, Ani Ruins is recognized as a UNESCO World Heritage Site.

Ani was ruled by the Bagrationi dynasty from 884 to 1045 and by the Byzantine Empire from 1045 to 1064. It became Turkish territory after it was seized by Sultan Alparslan on Aug. 16, 1064. Having served as home to at least 23 different civilizations since its foundation, Ani consists of religious buildings, including mosques, churches and cathedrals, which all share different beauty and historical value. The site is also home to numerous invaluable historical buildings and cultural treasures. Ani is of particular importance as the first gateway from the Caucasus to Anatolia.

Excavation work at and around Ebu'l Manuçehr, which is one of the most significant mosques in Ani, began in July with the permission of the General Directorate of Cultural Assets and Museums of the Culture and Tourism Ministry. The project is headed by the Kars Museum Directorate, under the scientific supervision of Muhammet Arslan, head of the Department of Art History at Kars University. Currently, work continues at four different points in the area.

Arslan, the academic advisor of the excavation, told journalists that the scientific excavations at the Ani Ruins started on July 6 and will continue until Sept. 10.

He added that they are carrying out excavations with a team of 42 people from various universities. "Under a protocol, signed by the Culture and Tourism Ministry and the General Directorate of Development Agencies, the Ebu'l Manuçehr Mosque will be restored. Meanwhile, a team of archeologists continues excavation work to prepare Ebu'l Manuçehr for detailed restoration. Glazed and unglazed ceramic pieces, ornamented and patterned ceramics have been found during excavations. We've also found coins from Bagrationi, Seljuk and Islamic eras."

Arslan said they have unearthed the remains of another mosque, which they think belonged to the Seljuk period. "We have unearthed the mosque, with some parts of its walls and mihrab (a semicircular niche in the wall of a mosque that indicates the direction of the Kaaba in Mecca). We continue to work with the license and financing from the General Directorate of Cultural Assets and Museums. In addition, Serhat Development Agency is also supporting our work to a large extent," he said.