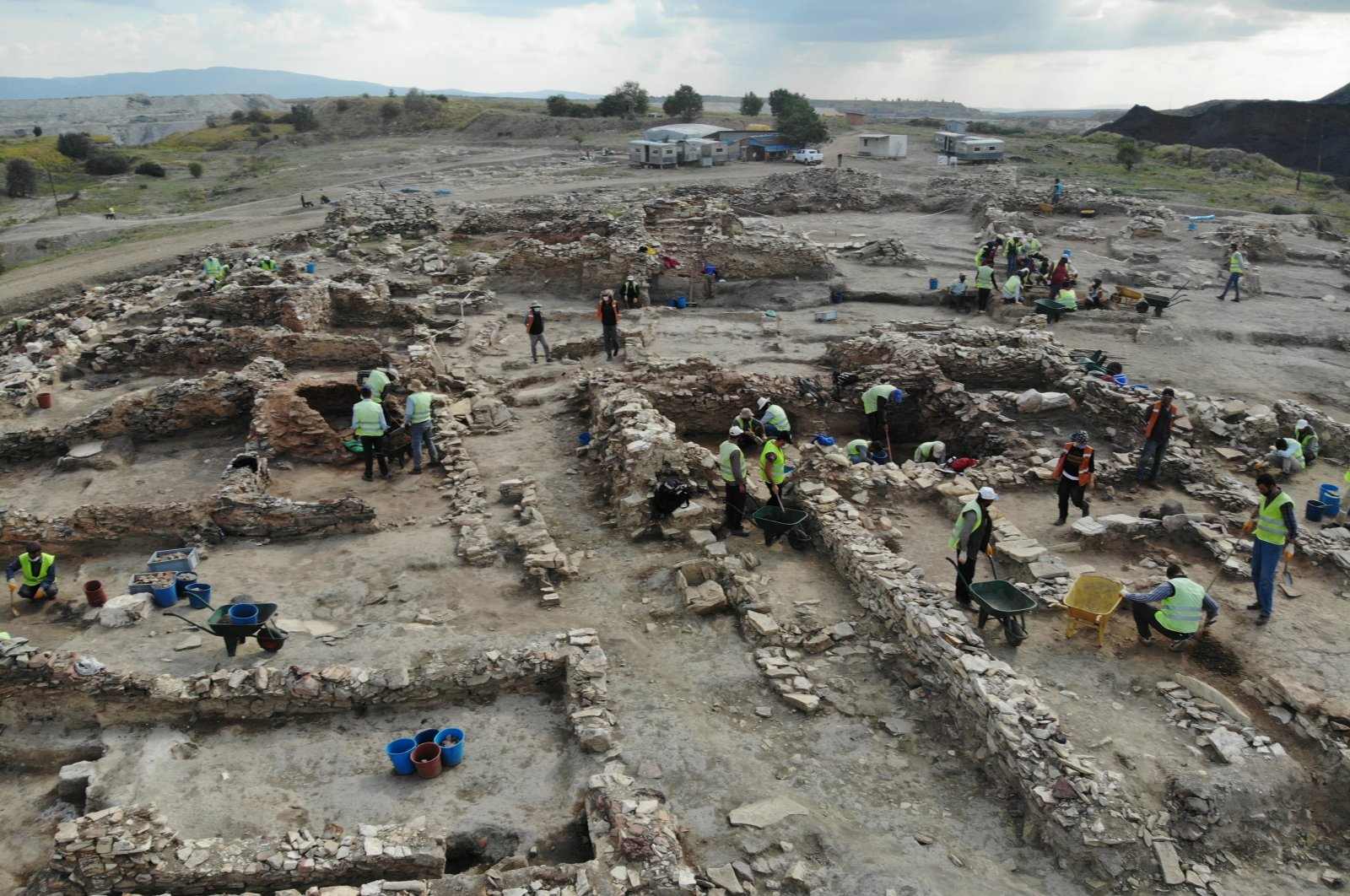 One of Turkey's largest-ever rescue excavation projects, carried out at the Seyitömer mound in western Kütahya province, has cast light on the history of the region.

The rescue excavations, prompted in 1989 by a plan to mine 12 million tons of lignite coal from the mound, were put on hold until two years ago when they were undertaken by the Kütahya Museum Directorate and the museum's Acting Director Serdar Ünan.

Nazan Ünan, a lecturer at Kütahya Dumlupınar University and academic advisor to the excavation work, told Anadolu Agency (AA) said during excavations that started in May, the excavation team accomplished its goal of unearthing some of the Early Bronze Age layers from the mound. The team consists of 250 laborers and 50 experts, including archaeologists, anthropologists, restorers, architects, architectural restorers and ceramics experts.

“During last year's excavations, the layer belonging to the lowest phase of the Early Bronze Age II on the upper plain of the mound was unearthed. This year, the later development of the Roman period settlement was discovered," Nazan Ünan said.

"In this season, excavations are carried out at three points – on the upper plain of the mound, on the southeast-southwest slopes and on the southern plain. Our plan for this year is to identify the continuation of the Bronze Age settlement on the slopes and the entire Roman period settlement,” she said.

Emphasizing the importance of the data that had so far been unearthed in terms of understanding the Bronze Age in Western Anatolia, she said: “It is a settlement that reveals a lot compared with ordinary mounds due to the fact that we have been working on it in its entirety with a large team over a sustained period. In addition, we have found that Seyitömer was a ceramic production and a weaving center.”

The excavations also revealed the architecture of 3000 B.C., Ünan said.

“Here, we have the opportunity to examine and evaluate the entire settlement with its spaces, hearths and utensils," she said. "In this respect, it is much more important than other excavations. An average of 1,500 to 2,000 artifacts are unearthed during each excavation season. In particular, findings such as terracotta pots, pottery and weaving come to the fore. There are also finds belonging to the Middle Bronze Age and Roman era."