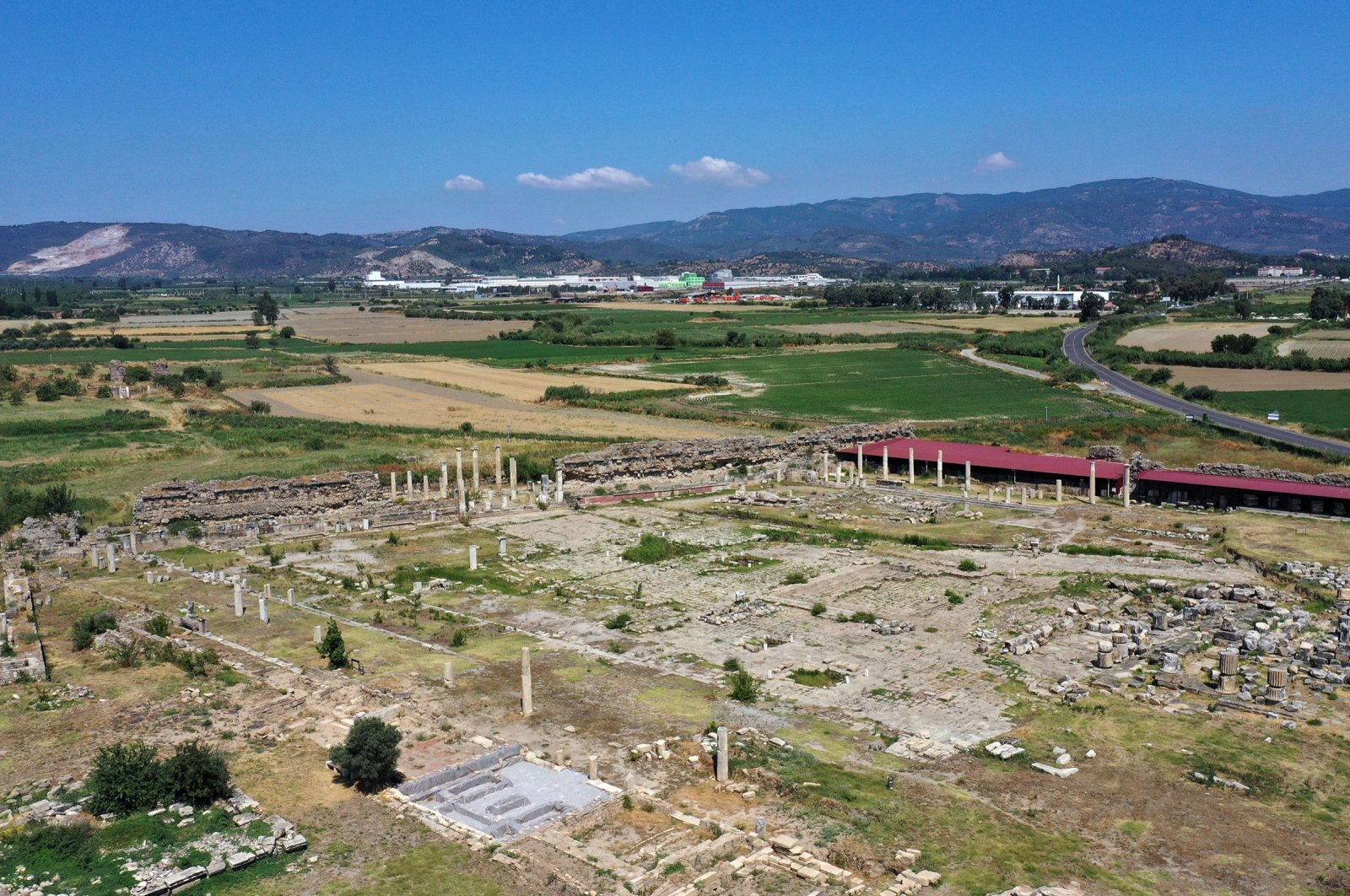 Excavations have begun on the ancient city of Magnesia in the Germencik district of Turkey's western Aydın province. It is expected that a temple dedicated to Zeus will be revealed as part of the works conducted this year.

Associate Professor Görkem Kökdemir, a lecturer in the Ankara University Archeology Department and head of the excavation in Magnesia, stated that this year’s works will be carried out in the area thought to be the agora of the ancient city, which is located to the west of the sanctuary of Artemis.

An agora typically refers to an area in ancient cities that was used as a marketplace or public square. "However, the agora in Magnesia is a place with a religious aspect rather than a marketplace," said Kökdemir. "Inside this place, there is a Zeus temple, one of the most important temples of the Anatolian Hellenistic period. The temple is situated in the area of the agora, under the ground. We want to conduct our work on the temple this year.”

Provincial Culture and Tourism Director Umut Tuncer said that the ancient city of Magnesia is one of Aydın's most precious cultural values.

Pointing out that the stadium in the area ranks fifth in the world in terms of its size, Tuncer said, "We see tremendous potential here. We intend to accelerate the excavations of the ancient city in cooperation with our excavation directorate, museum directorate and the Germencik Municipality, in order to ensure that Magnesia reaches its maximum potential for tourism as soon as possible."

It is believed that the ancient city of Magnesia was founded by the ancient Greek tribe of Magnetes from Thessaly. Even if the city was named after the Magnetes, it was called Magnesia on the Meander (The Büyük Menderes River) in the later period so that it could be distinguished from the nearby Lydian city Magnesia and Sipylum. Magnesia was located in Ionia, the ancient region on the central part of the western coast of Anatolia. Rumor has it that Magnetes are of Aeolian origin, which prevented their acceptance into the Ionian League.

Magnesia was a city surrounded by walls with a grid-planned street system. The land around the city was extremely fertile, producing excellent wine, figs and cucumbers. The city attained great power and wealth, which enabled the city to compete with Ephesus.

The first excavations in Magnesia were conducted between 1891 and 1893 by a German archaeological team led by Carl Humann. The work lasted 21 months and partially revealed the theater, the Artemis temple, the agora, the Zeus temple and the prytaneion (a place where government officials would meet). In 1984, excavations were resumed at the site by Orhan Bingöl from Ankara University.