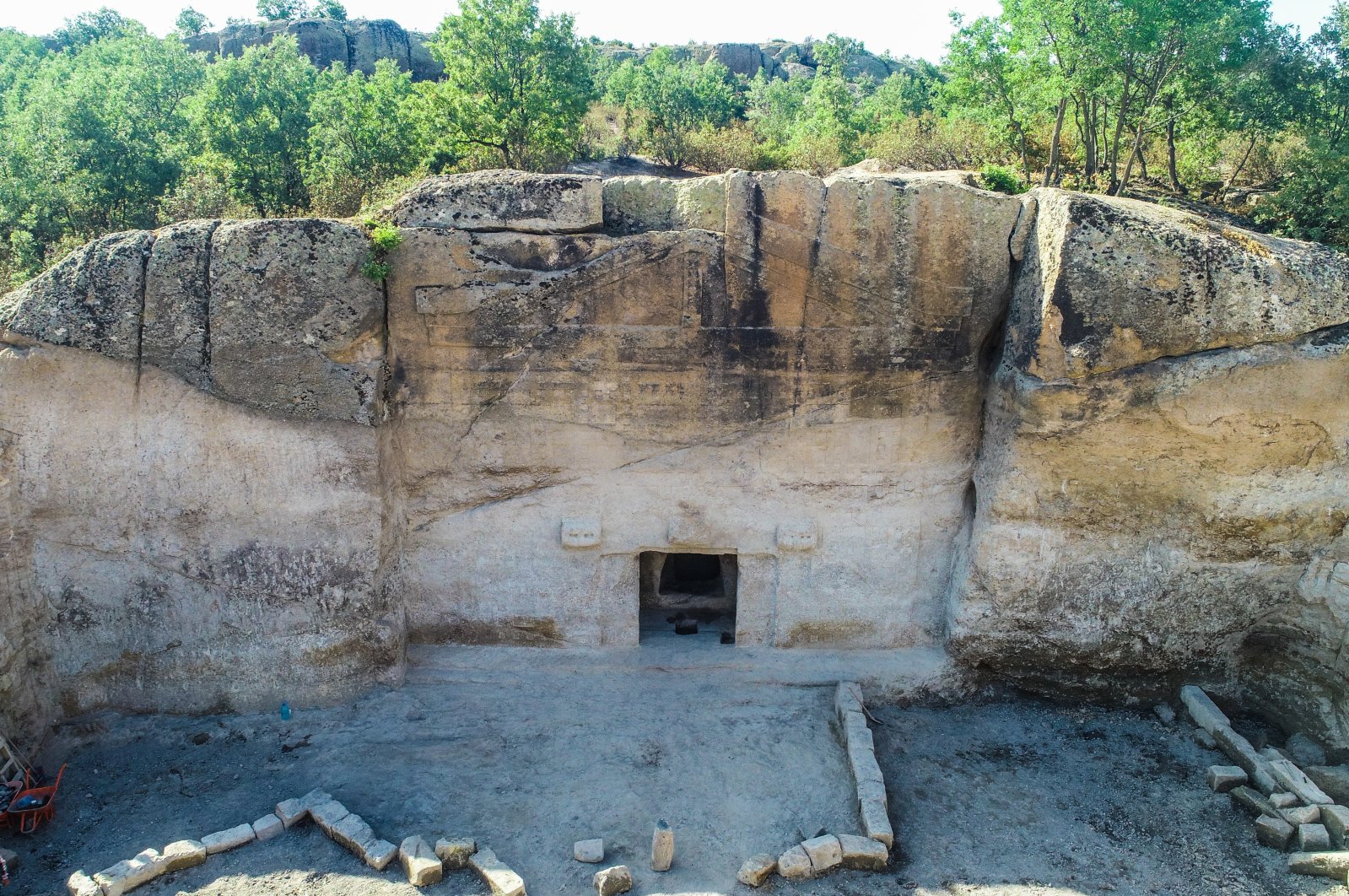 During the rescue excavation carried out over 40 days in the historical Phrygian Valley in the Ihsaniye district of western Afyonkarahisar province, a 10-meter-high monument featuring Phrygian writings was discovered. The Maltaş monument, which is actually a temple facade with a triangular roof and a niche at its bad, was unearthed.

While a 3-meter-long part of the monument is visible above ground, experts managed to reveal 7 meters of the monument, which dates back to 7th century B.C., in recent excavations.

Afyonkarahisar Governor Gökmen Çiçek told Anadolu Agency (AA) that the Maltaş monument is one of the greatest works of Phrygia. Describing the monument as an "incredible structure," Çiçek said: "Maltaş was built 3,000 years ago and is still standing intact today. Only a certain part of this structure was above ground. When we reached its underground section during our rescue excavation, we came across an enormous artifact.”

Noting that they are still trying to figure out what the newly uncovered niche inside the monument is, the governor added that scientists have been working on this part recently.