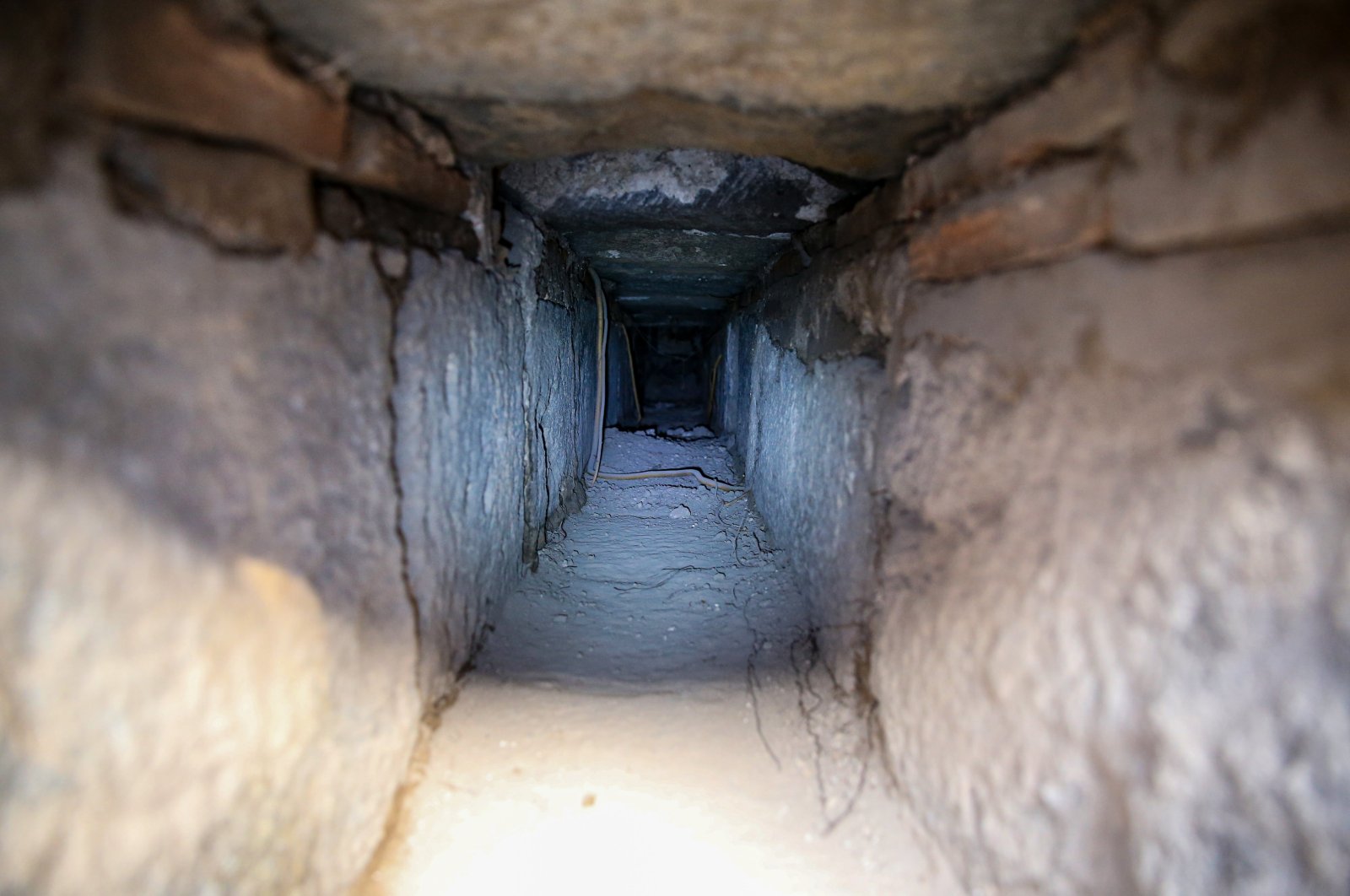 A 1,800-year-old sewer system was discovered during archaeological excavations at the Amida Tumulus in the historical Sur district of southeastern Diyarbakır province.

Excavations in the tumulus – which was once home to many civilizations, including Urartians, Persians, Romans, Umayyads, Abbasids, Seljuks, Artuqids and Ottomans, and is described as the "heart of the old city" – were concluded this year.

During the excavations, a team of 22 experts led by professor Irfan Yıldız of Dicle University, under the Turkish Ministry of Culture and Tourism, discovered the sewer system dating back to Roman times. The system is about 6.5 meters (21.3 feet) long, 75 centimeters (29.5 inches) in height and 40 centimeters in width. Its sidewalls, base and cover were built with basalt stones.

Speaking to Anadolu Agency (AA), Yıldız said successful results from the excavations prove the historical value of the city. He said that in previous stages of this year's excavations, 1,800-year-old water conduits and 1,700-year-old burial chambers were also discovered.

The discovery of the sewer system, however, is important to understand the level of technology in the Roman period, Yıldız said. "We see that a system of higher quality than today's clean water and wastewater system was used in Roman times 1,800 years ago," he added.