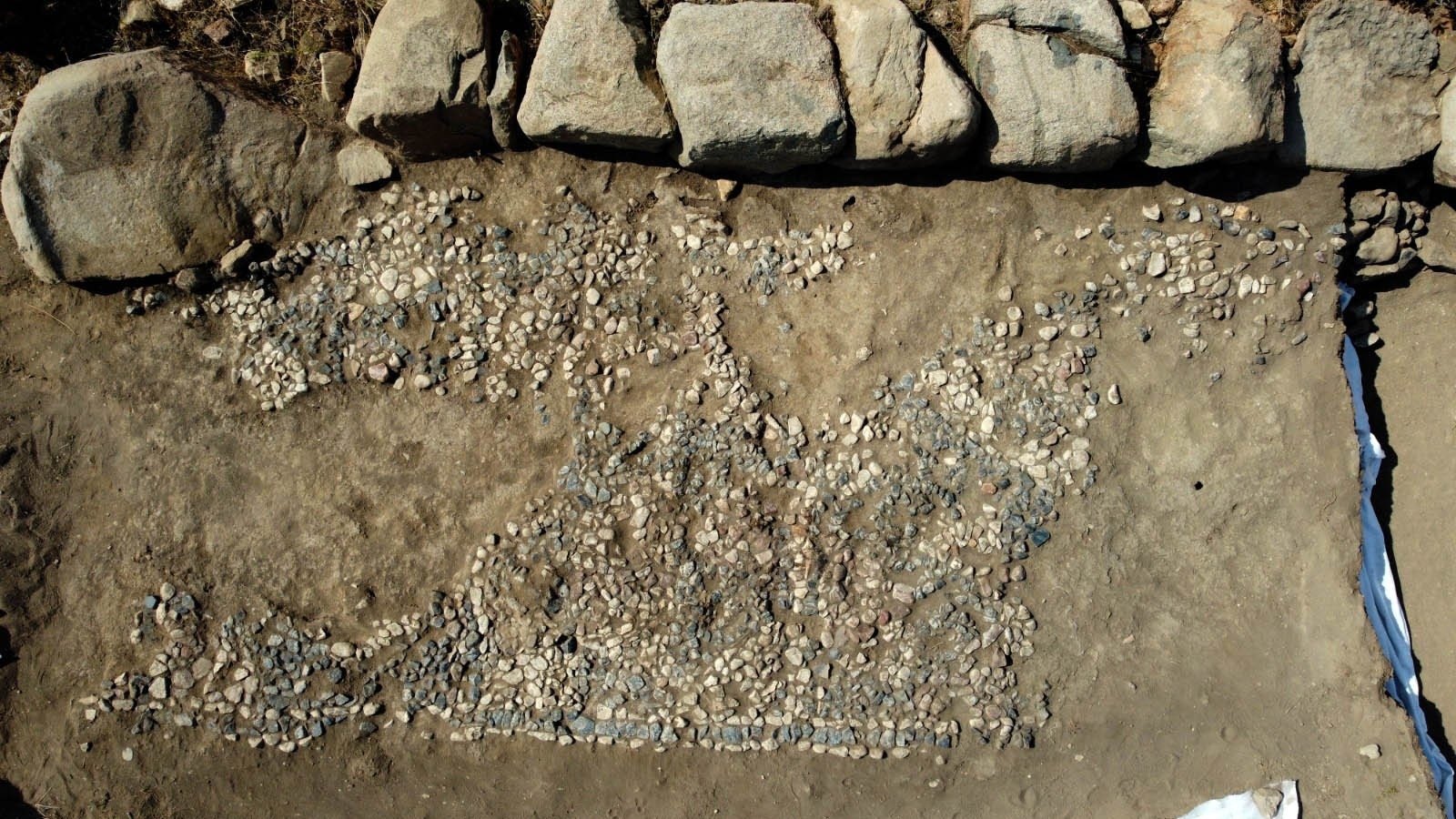 Archeologists have uncovered a 3,500-year-old mosaic in central Turkey that could be one of the oldest in the world.

The mosaic, measuring 3 by 7 meters (10 by 23 feet) consists of 3,147 stones and was found in Uşaklı Mound located in Yozgat province’s Sorgun district, where surface surveys were initiated in 2008 and excavations began in 2012.

Hüseyin Çiftçi, provincial culture, and tourism director said the excavations are being carried out jointly by the General Directorate for Cultural Heritage and Museum, Bozok University, and Italy’s Pisa University.

He continued: "It has been determined through scientific studies that the mosaic found is the first of its kind in world history. The mold of the mosaic also supports this as it is quite primitive. We plan to add value to the tourism sector through this discovery."

Anacleto D'agostino, a lecturer at Pisa University and the excavation team head, said that the mosaic they found belongs to the 1500s B.C. Also stating that the mosaic is the oldest in the world, he said: "We know there are similar mosaics in Greece, but we think that the mosaic here is older than that there."