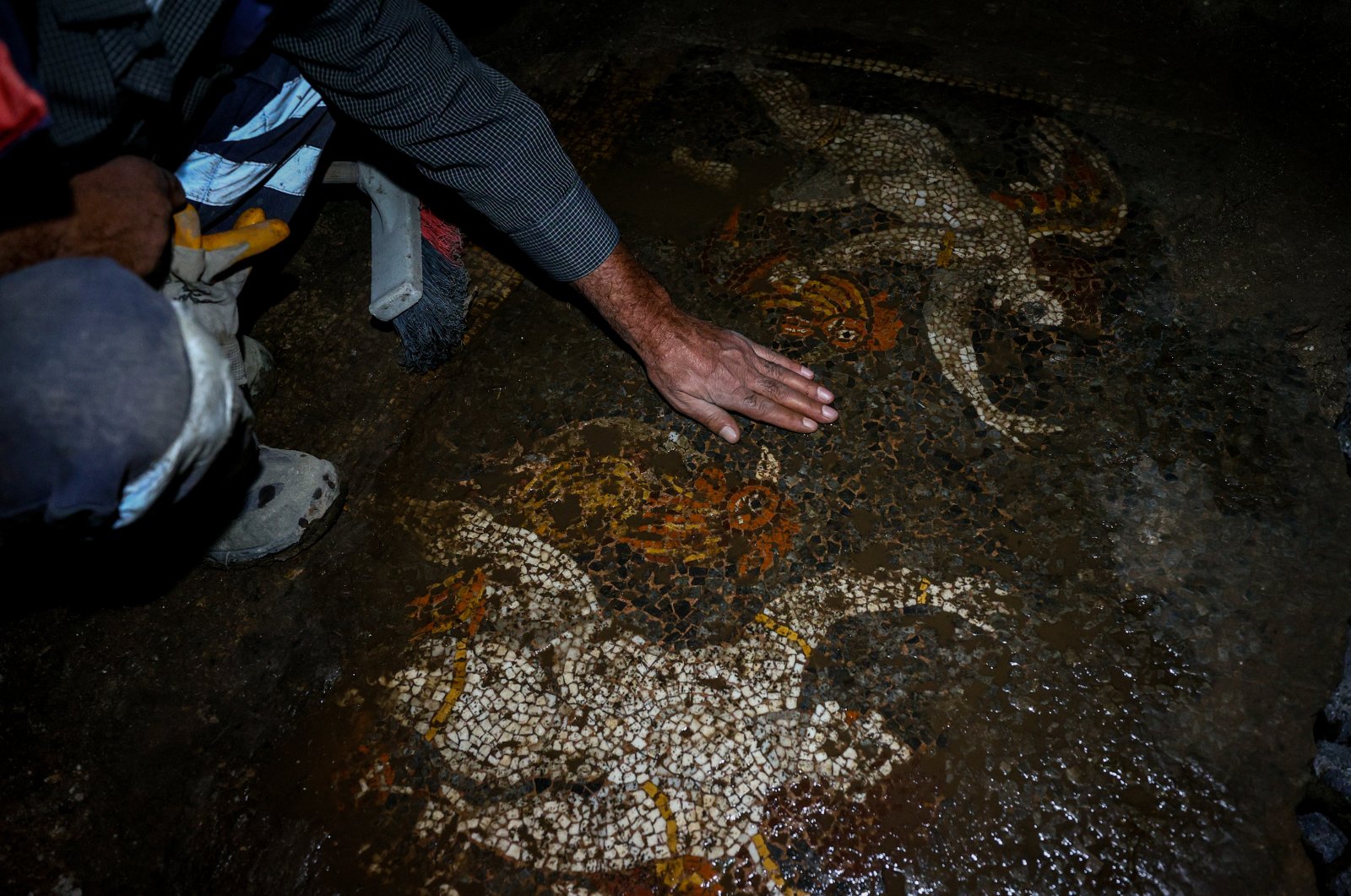 Experts have put a 2,000-year-old mosaic dating back to the Roman period under protection in the Konak district of Aegean Izmir province. The ancient mosaic is believed to represent the love between gods in Greek mythology.

Izmir museum experts have completed their preliminary work on the mosaic seized from the illegal excavation site in the garden of a house in the Ikiçeşmelik district during an operation by police teams.

Reached by an underground tunnel extending 8 kilometers (5 miles), the mosaic was put under protection to keep its architectural structure and integrity intact, with respect to the period in which it was made, materials used and its original form.

When first examined, it was assessed that the figures on the mosaic depict the love between gods in Greek mythology, while the god of love, Eros, is portrayed with roosters in his hands.

It is thought that the roosters symbolize the watcher Alectryon, a young soldier who was assigned by Ares, the god of war, to stand guard outside his door so that no one would discover his love affair with Aphrodite, the goddess of beauty. But Alectryon fell asleep on duty and Helios, the sun god, uncovered Ares and Aphrodite's secret love the following morning. Consequently, Ares punished Alectryon by turning him into a rooster, which never forgets to announce the arrival of the sun in the morning with its crowing.

Hünkar Keser, director of the Izmir Archaeological Museum, told Anadolu Agency (AA) that excavations for the mosaic were carried out in the peristyle courtyard, a Greek architectural style that could be described as a rectangular open-top courtyard surrounded by colonnaded corridors in ancient architecture.

He explained that when the team came across the Roman-era structure in the courtyard where the illegal excavation was being carried out, the team immediately took measures to protect the building and mosaic, which has unique historical features.

"This courtyard is 50 meters (164 feet) away from the Smyrna Agora. We are in an area that we can call the ancient Smyrna center.

"We can say that there are the first examples in the field of civil architecture of the Roman period in this area. A broad examination of the area has not yet been done. First, it is necessary to nationalize the territory and demolish some buildings," he said.

Keser added that the area is under constant police protection.