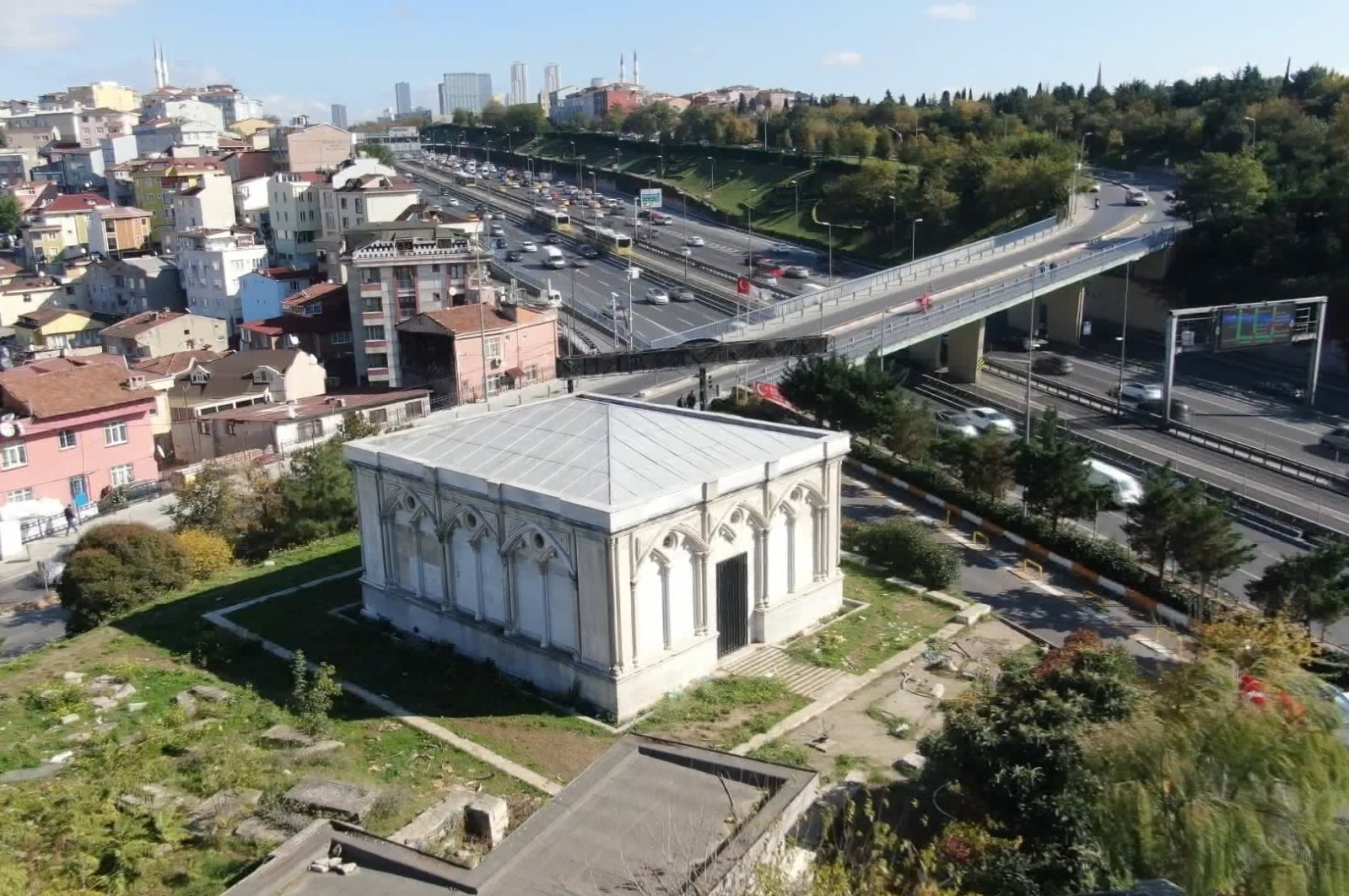 The family vault of Jewish Ottoman-Italian financier and philanthropist Abraham Salomon Camondo has been going to wrack and ruin right next to the D-100 Highway in the Hasköy quarter of Istanbul. While the vault, which draws attention with its design, is in disrepair, it is also being used as a shelter by the homeless and drug addicts.

Abraham Salomon Camondo, born in 1781, was one of the world's richest people in the 19th century. The banker, who financed the Crimean War and lent money to the Ottoman treasury, was also the founder of the Ottoman financial system.

The banker, who was a partner of Şirket-i Hayriye – a corporation for ferryboats that transported passengers and freight on the Bosporus from 1854 to 1945 – and Istanbul’s first tram company called Dersaadet, also commissioned the Camondo Stairs, which connects the Bankalar Caddesi (Banks Street) and Banker Street in Galata neighborhood. The body of Camondo, who died in Paris in 1873, was brought to Istanbul according to his will and buried in the family vault he had built in Hasköy Jewish Cemetery on April 14, 1873.

When parts of the cemetery were expropriated for the construction of the D-100 highway in 1952, the magnificent family vault, whose marble stones were brought from the Carrara region of Italy, was left unclaimed. The stones of the mausoleum were broken by people, and the interior of the mausoleum turned into ruins.

Talking about Camondo, researcher and author Selçuk Eracun said: "Abraham Salomon Camondo's family was a victim of the Inquisition. The family, which are Sephardic Jews, previously went to Venice and then came to Istanbul.” Noting that Camondo became a businessperson in Istanbul and succeeded in banking, Eracun said that the Camondo family was also helpful to the Ottoman Empire. “He is the investor of some investments that Turkey still uses. The most important of these are the inns he had built on Banks Street.”

Reiterating that the grave of Camondo was brought to Istanbul upon his will, the author continued: “Actually, the area of Camondo’s mausoleum is a Jewish cemetery. It has become idle with the expansion of the city and the increase in population over time. This place should be arranged and opened to visitors in a way that suits the contributions of the Camondo family to Istanbul. The Camondo family is known worldwide today. Camondo’s will was to be buried here. Therefore, if this area of the mausoleum is organized, the grave will gain the value it deserves."