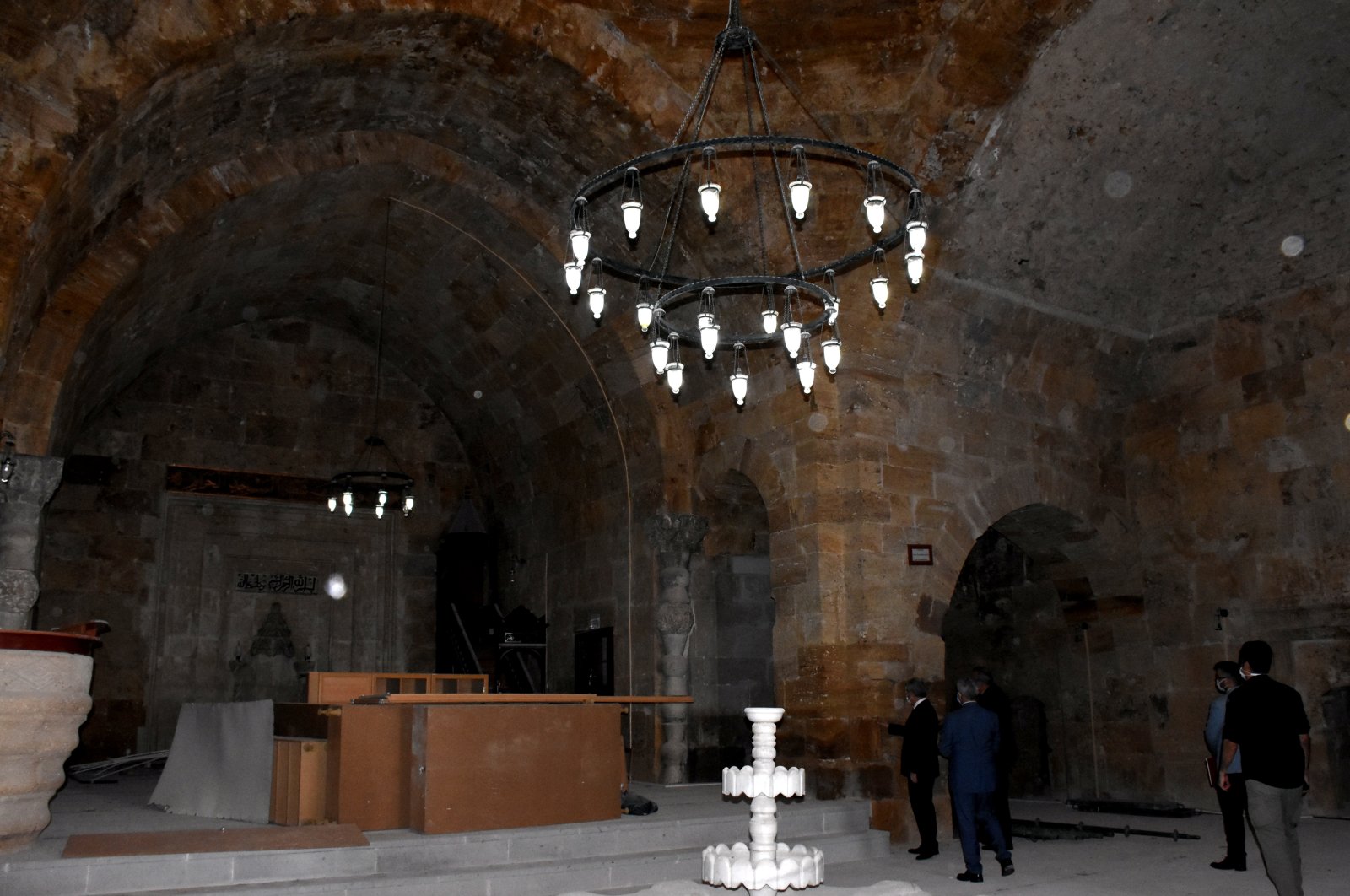 The 750-year-old Cacabey Mosque in central Kırşehir province, which was used a madrasa to teach subjects that included astronomy during the time of the Seljuks, will be restored in accordance with the recommendations of a specially dedicated scientific board.

As part of works launched last year, temporary upper coverings were constructed and the walls sanded down in an attempt to prevent the roof from leaking while the original top cover was removed. Water intake from the floor was prevented through a sanding down of the interior and the base.

A tender process for restoration work was initiated after the removal of water from the ceiling and floor.

In an interview with Anadolu Agency (AA), Kırşehir Governor Ibrahim Akın said: “First, we contracted work to prevent water damage on the top layer. Now that that has been complete, work has been signed off to begging restoration works.”

Stating that the second phase would involve the restoration of the mosque, he said that the project would be fully launched by February 2021 with the permission of the conservation board.

The governor emphasized that the restoration would enable future generations to benefit from the historical building, adding: “If all goes to plan, the restoration is expected to be completed in a period of three years. This structure will be much more useful after this is complete.”

Akın stated that every stage of the restoration would be performed under the surveillance and supervision of the science board, which will be formed by the General Directorate of Foundations.

"The necessary revisions on the project will be carried in line with the recommendations of the board and will continue with their approval," he said.