Frescoes at Cappadocia's Dark Church take visitors back in time 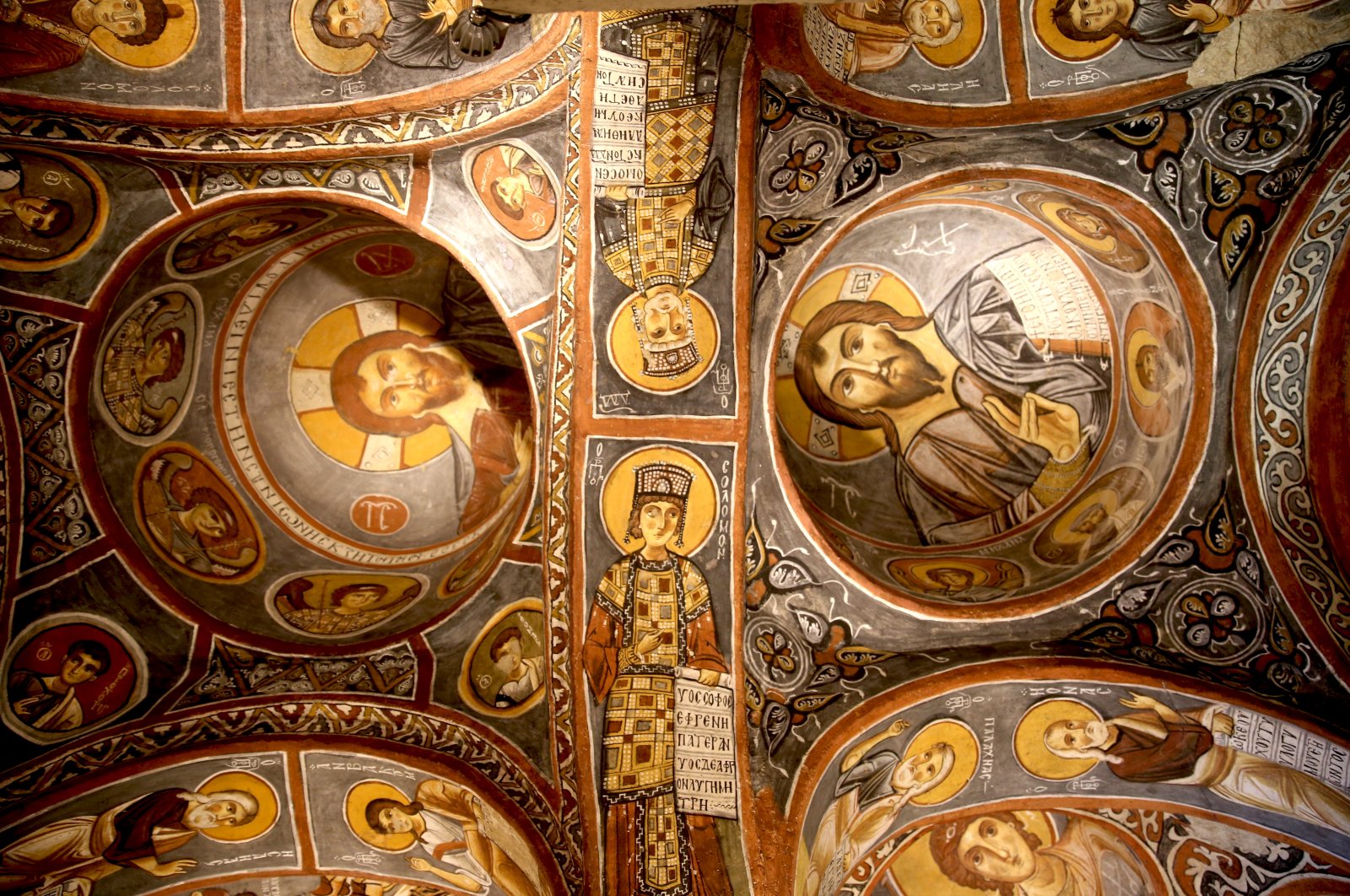 The historical Karanlık Kilise (the Dark Church) in Cappadocia, one of Turkey's top tourist destinations, takes its visitors back to the depths of history with its centuries-old frescoes.

The church is located inside the Göreme Open Air Museum, a UNESCO World Cultural Heritage site. Its frescoes are well preserved because very little light can get through a small window in the narthex section of the building.

The original frescoes depict biblical scenes like the "Last Supper," "Journey to Bethlehem," "Birth," "Biblical Magi" (Three Wise Men), "Baptism," "Raising of Lazarus," "Triumphal Entry Into Jerusalem,” "Jesus on the Cross" and "Abraham’s Hospitality." The church was carved into soft tuff rocks in the 11th century.

It is one of the few places of worship centers that carry frescoes of events described in the Bible and Torah. Tourists can receive information about the scenes depicted on the walls and ceiling from the officials at the church.

Murat Dinç, a professional tour guide, told Anadolu Agency (AA) that the church is an important destination for Christians.

Foreign tourists visiting the region examine the frescoes in the Dark Church with great interest, Dinç said, adding: "The frescoes inside take visitors back in time. There are a lot of historic churches in the area but the Dark Church has the best-preserved frescoes. Different scenes, from the birth of Jesus to his crucifixion are depicted here. What the harem, or the imperial family residence, means for Topkapı Palace, the Dark Church carries similar significance for the Göreme Open Air Museum."

Ahmet Kılınç, a tour organizer and tour guide, noted that the presence of the Dark Church was not known until 1985, when the region was opened to tourism.

The area where the Göreme Open Air Museum is located used to be a monastery for clergies between the seventh and 12th centuries, Kılınç said.

"The Dark Church remained closed until Cappadocia was opened to tourism, it was not exposed to daylight, which is why the frescoes are in such good condition. Daylight affects the colors in a fresco. The church went through restoration work before it was opened to tourism. This place differs from other churches in the region because of its frescoes. Other than that, all the other churches in the region depict Jesus as middle-aged, only in this church he is depicted in his youth."

Mehmet Erdoğan, one of the visitors, said it was interesting how well-preserved the frescoes were despite their age. "We have been planning to visit the Göreme Open Air Museum. I have visited different historic sites, but never encountered one that is so well-preserved as the Dark Church."