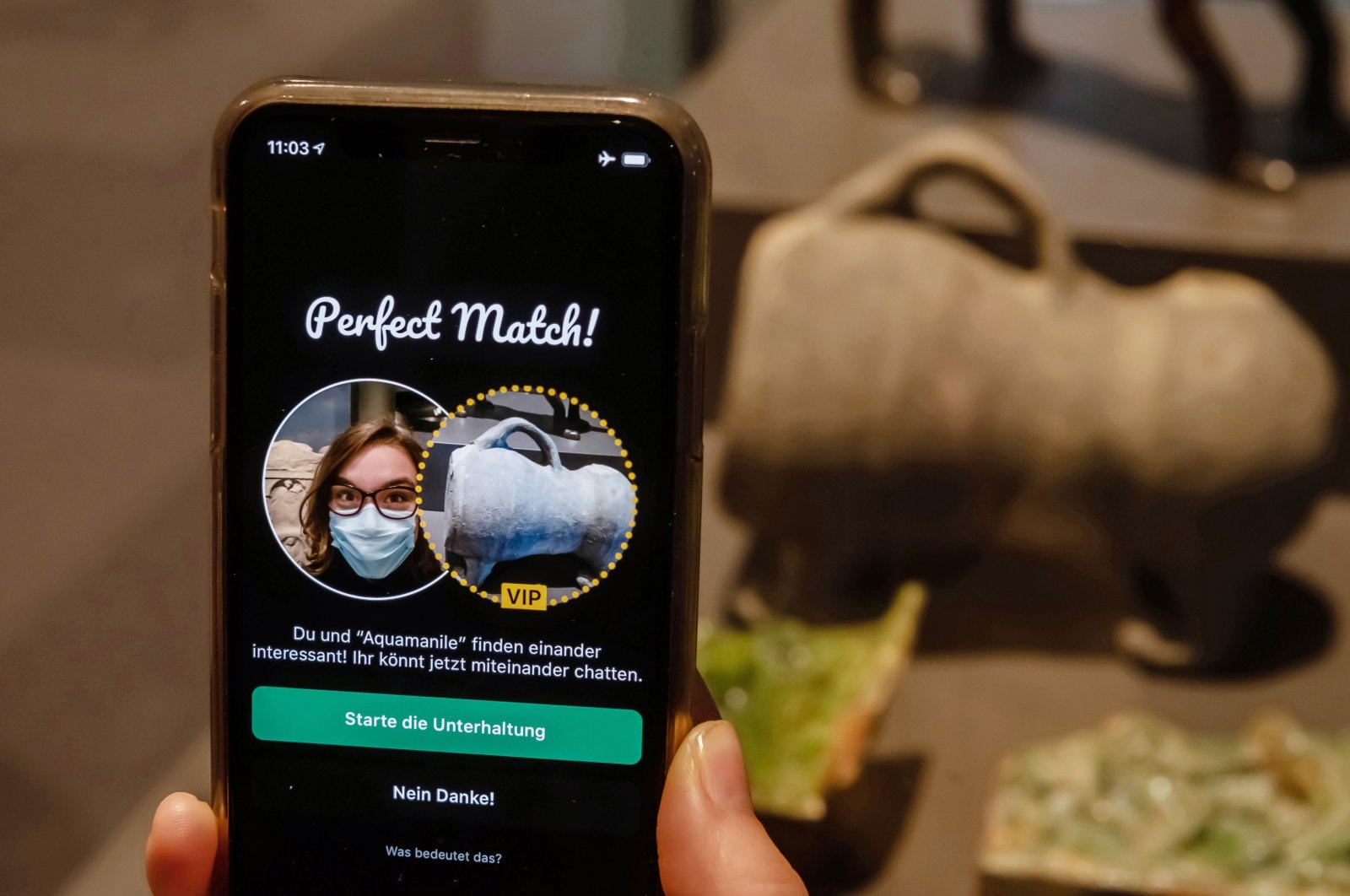 The Badisches Landesmuseum (State Museum of Baden) in the southern German city of Karlsruhe has introduced a new kind of app for museum exhibits. Named My Object, the app provides a perfect match but a slightly less romantic one.

"It's like dating mobile app Tinder for objects in a museum," says Museum Director Eckart Koehne. The idea is simple: You walk into the museum, download the app on your phone and get swiping as you walk around.

From a selection of around 80 objects in this museum's app so far, you simply choose which ones interest you most. Everything else you swipe away like unwanted suitors.

The catch is that if My Object tells you there's a "perfect match," then an interactive one-on-one dialogue begins with the exhibit – be it a centuries-old aquamanile (a kind of clay jug for washing hands) or the gravestone of a dead legionnaire.

Like on Tinder, this isn't just a one-way street. Both sides need to be interested, and some exhibits, well, they may just not be that keen on you.

Even the interface's design and font when you hook up with an exhibit is reminiscent of Tinder, making the switch from online dating to walking around a museum strangely seamless.

"The dialogues give you more than the information boards will," says Johannes Bernhardt, the museum's digital manager responsible for the app together with Christiane Lindner. They're also structured to make them more approachable and fun.

The new approach is a testament to how central topic digitization is for museums – and not only during the pandemic.

In fact, it's not even the museum world's first Tinder-style app, and one museum in the U.S. city of Atlanta created its Heartmatch app to let visitors swipe right and left on its art.

After a few minutes of swiping, the browser app gives you highlights of your matches on a map of the museum so you can head straight to these works when you visit.

Curators and historians are not just interested in making digital records of collections but also in how they can recreate the draws of apps and gaming with digital storytelling in museums as well.

The German museum's app is still in the making but has been through its first trials and is expected to be ready to use when Karlsruhe's regional history museum can reopen after Germany's pandemic lockdown.

It was originally developed for the Humboldt Forum art museum in Berlin, and while implementation there is still ongoing, other institutions have been invited to adapt the software.

But perhaps most importantly, that name – My Object? The team will probably come up with a better one, says Bernhardt. My Object is, thankfully, just a working title.