Göztepe Tumulus to take visitors on journey through Phrygian history 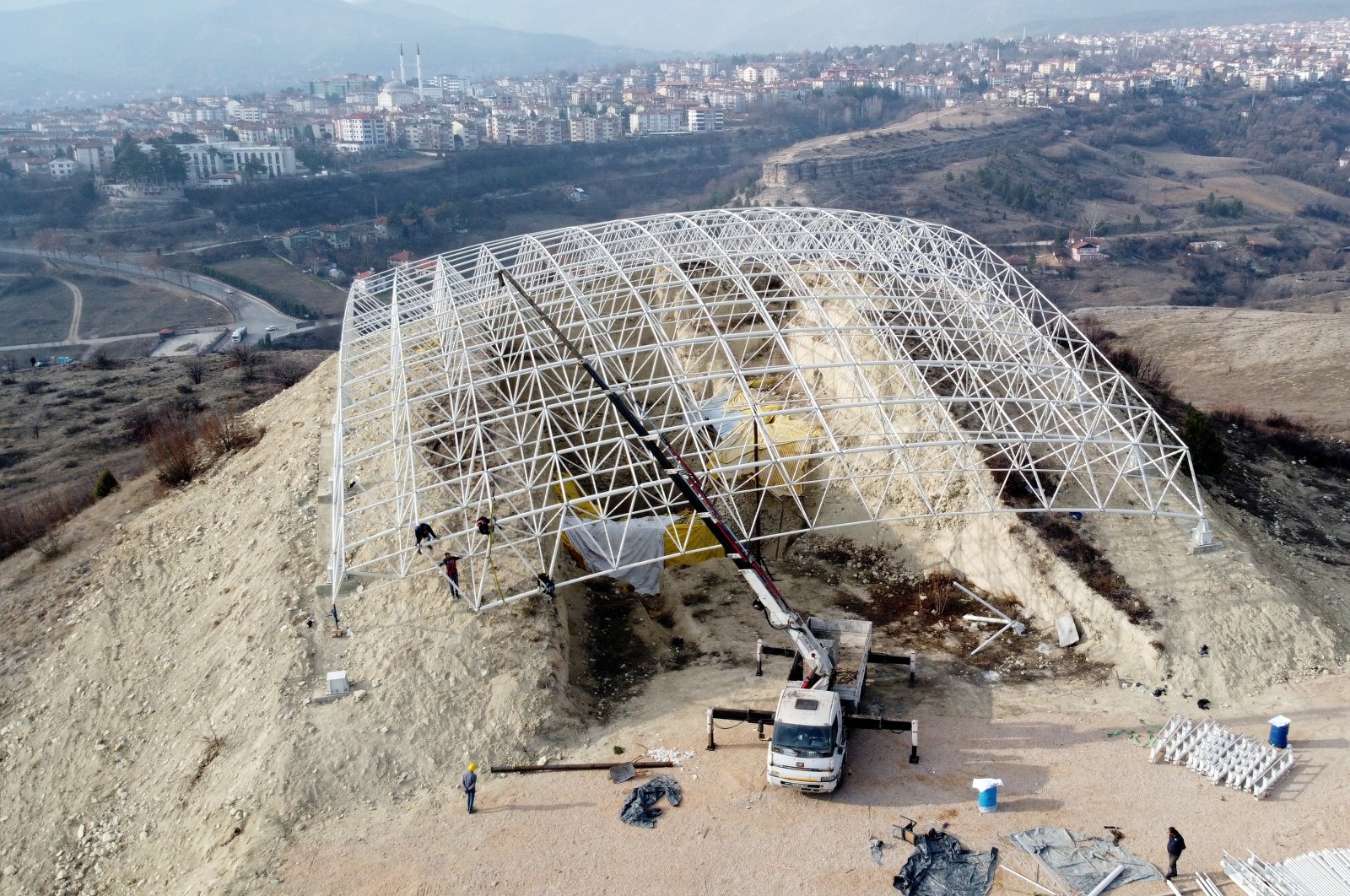 Impressive animations and images that will accompany archaeological finds will shed light on life during the Phrygian period on the Göztepe Tumulus in northern Karabük province’s district of Safranbolu.

Safranbolu, which is one of the “20 best-preserved cities” in the world, was added to the UNESCO World Heritage List in 1994. Called the “capital of preservation,” as its historical background is well-protected to date, the town contains 1,125 out of about 50,000 cultural and natural assets that “should be protected” in Turkey. While its Ottoman-era buildings that include frame houses, mosques, inns, Turkish bathhouses, fountains and shrines stand out the most, the Göztepe Tumulus is also an impressive attraction in the town. The tumulus, which is a hillock consisting of a grave or cemetery, formed by piled-up soil, was opened in 2011 as a result of excavations carried out under the coordination of the Governor’s Office with permission from the Ministry of Culture and Tourism.

Efforts are underway to introduce the area to tourism. The site dates back to the Phrygian period and is considered to be the only Phrygian tumulus in the region. During excavations, a total of 20 graves, skeletons, and various items used in burials were unearthed. The graves' heights and designs symbolized the wealth of the buried person.

These graves and finds will be opened to tourism and exhibited in their original location. Various images and animations reflecting the life, ethnography, culture and cuisine of the Phrygian period will accompany these displays. Therefore, visitors to Safranbolu will be able to track the Phrygians in the tumulus and travel through time.

In an interview with Anadolu Agency (AA), Karabük Governor Fuat Gürel said Safranbolu, on its own, is valuable for the region, the country and the world and is a rare town that hosts Ottoman civil architecture.

Emphasizing that the town has a history dating back to the Phrygian period, Gürel stated: “Excavation work at the Göztepe Tumulus has finally reached this day. At the moment, we are covering the tumulus with a roof in an attempt to ensure that it is not affected by rain and snow. When this work is completed, we want to reveal a new destination for tourists with the support of our Ministry of Culture and Tourism. For the visitors to Safranbolu, we will build a structure like a kind of museum to show them the life, ethnography and kitchen utensils of the Phrygian period through animations and to show graves.”

Gürel said he believes the tumulus will make a significant contribution to the city’s attraction as a tourism destination.