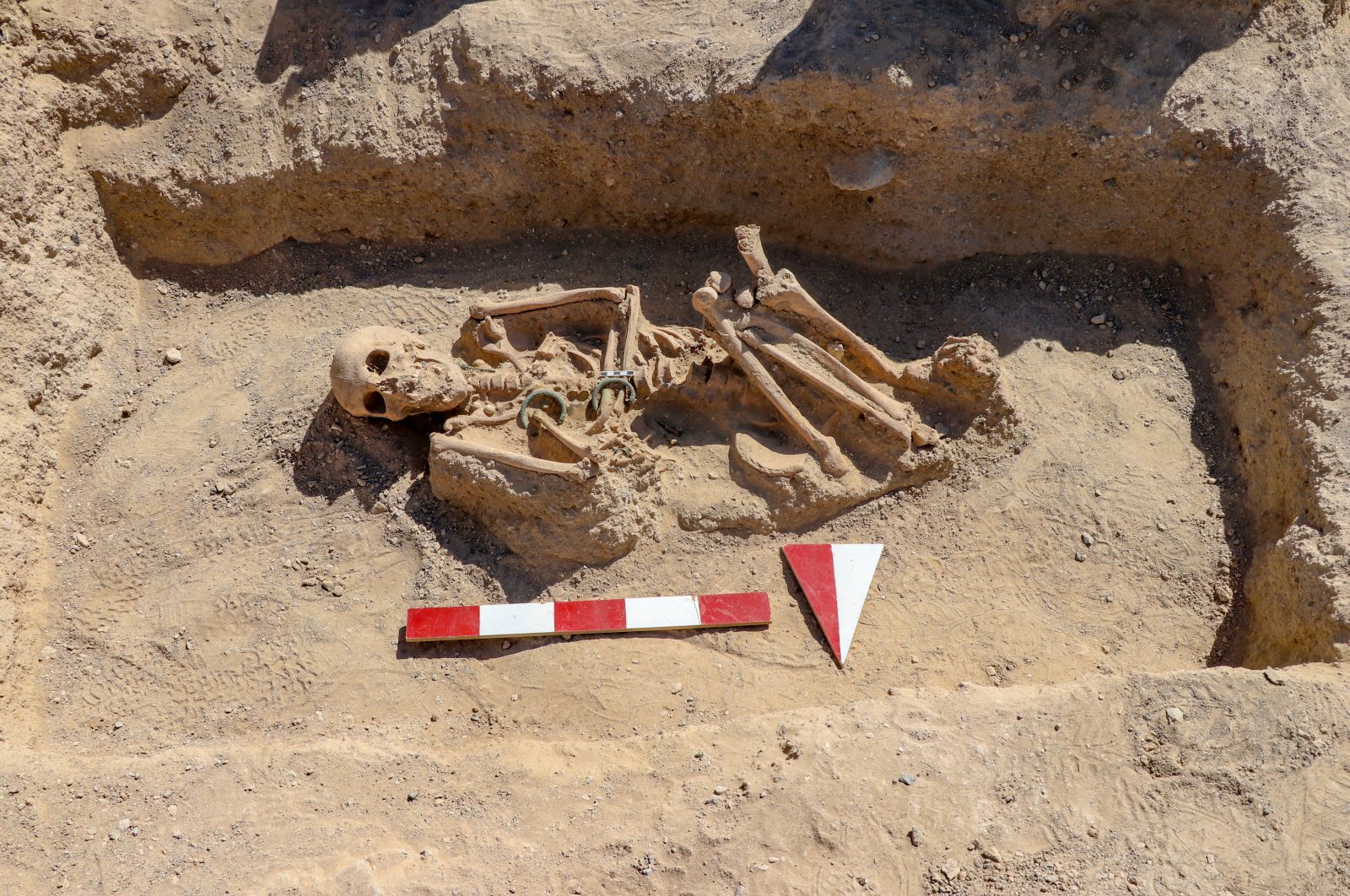 A grave belonging to a noble Urartian woman buried with her jewelry was found at the Çavuştepe Castle in the Gürpınar district of the eastern province of Van.

Since 2017, excavation works have been ongoing at Çavuştepe Castle, conducted by a team of academics led by professor Rafet Çavuşoğlu, head of the archaeology department at Van's Yüzüncü Yıl University.

Over the course of the protracted dig, the team discovered a necropolis believed to mark the burial site of the Urartian ruling class.

Recently, this has led to the unearthing of the skeletal remains of a woman buried with a full set of exquisite jewelry. The team's anthropologists are now set to examine the skeleton in a lab environment to determine the cause of death and the exact age of the woman.

In an interview with Anadolu Agency (AA), Çavuşoğlu stated that they had found very important information in the necropolis area over the course of the three-year project.

Pointing out that this was not the first time this year that the importance of jewelry in the burial traditions of the Urartians had been attested to, Çavuşoğlu said: “This last grave we unearthed probably belonged to a woman aged 20-25. What matters here is that the woman was buried with all her jewelry. There is almost a complete set of jewelry on her skeleton, which indicates that the adornment traditions of Urartian women were very highly considered. We have determined that the skeleton belonged to a noblewoman, given that there were bracelets on both her wrists, a bronze ring in her left hand, a pendulum earring on both her ears, a brooch on the lower part of her neck and a necklace made of semi-precious stones on her neck. It is understood that she was buried with all the jewelry she used in daily life.”

The professor further noted that the value attached to women in Urartian society had also become more evident as part of their excavations, adding: “The most important point here is that the burials consisted of no ordinary people but rather the wives and relatives of the ruling class in the castle. One of the biggest features of this woman skeleton is her ring. It is perhaps the earliest archaeological find to testify to a prenuptial agreement.”

Urartu civilization was an Iron Age kingdom located near Lake Van and the mountainous plateau between Anatolia, Mesopotamia, the Iranian Plateau, and the Caucasus Mountains. The civilization, also known as the Kingdom of Van, was established around the mid-ninth century B.C. and enjoyed considerable political power in the Middle East.