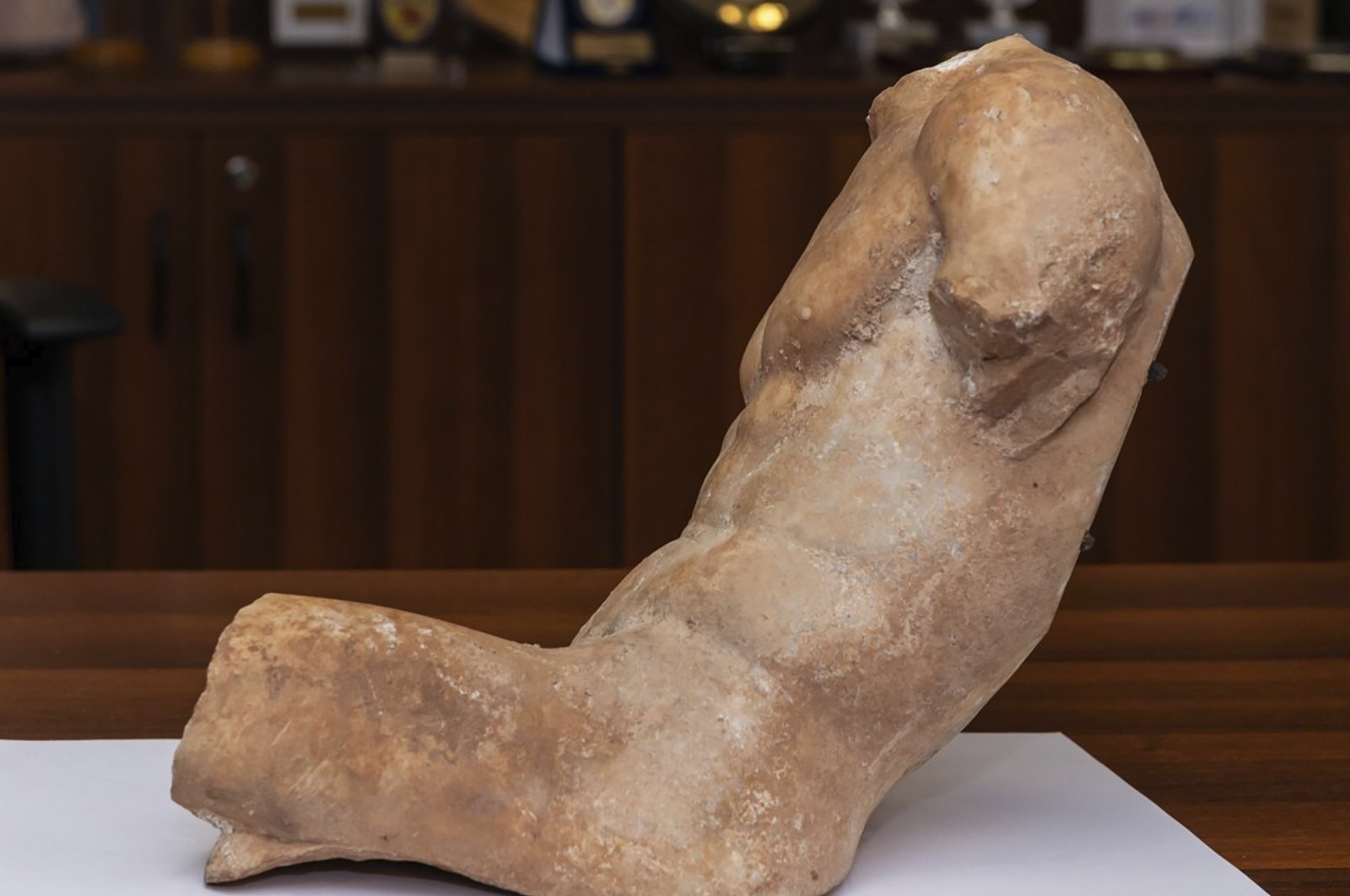 Greek authorities dealt a serious blow to smuggling while encouraging archaeologists on Friday as a man was arrested on suspicion of antiquities smuggling for trying to sell an ancient marble statue of "exceptional artwork” that once likely adorned a temple on Athens’ famed Acropolis or the slopes around it.

Police said the 5th century B.C. statue was recovered following a monthslong police operation that involved an investigation by the Cultural Heritage and Antiquities Department. Measuring only about 37 centimeters (14.5 inches) high, the statue depicts a seated young man who reclines slightly to the right.

The head, arms and most of both legs are missing, and two small holes are visible behind the left shoulder, from which rods would likely have attached the statue to a pediment, the triangular gable-end above the short sides of an ancient temple.

"It is an exceptional work of art, of the kind not easily found, not even in systematic excavations,” archaeologist Dimitris Sourlas said during a presentation Friday at police headquarters in Athens.

The statue, he said, could have been part of a larger composition, but more research was needed. Authorities didn't say why they linked it with the Acropolis area, and what made them suspect it came from a temple, which would narrow down the search for its provenance.

The work was found in the possession of a man in the southern town of Corinth, who was arrested Wednesday on suspicion of seeking a buyer for the statue for the price of 100,000 euros ($119,000), police said.

An investigation is under way into how the piece came into his hands, and whether he had managed to contact potential buyers for it. Photos released by the police showed the statue seemed to have been buried for a long time and bore signs of damage from digging tools.

It is illegal to own, buy, sell or excavate antiquities in Greece without a permit.

Meanwhile, that wasn't the only encouraging archaeological news to come out of Greece on Friday as heavy rainfall in the southern region of the country led to the discovery of a bronze bull figurine believed to have been a votive offering made to the god Zeus in Ancient Olympia as early as 3,000 years ago.

Greece’s Culture Ministry said Friday that the small, intact figurine was found after an archaeologist spotted one horn poking out of the ground following recent rainfall in the area.

The excellently preserved figurine was transported to a lab and initial examination indicates it dates from the Geometric period of ancient Greek art, roughly 1050 B.C. to 700 B.C.

It is believed to have been a votive offering to Zeus made as part of a sacrifice, as the sediment cleaned from the statuette bore distinct burn marks, the Culture Ministry said.

Thousands of votive offerings are believed to have been made at the altar of Zeus. Many have been found in a thick layer of ash and are exhibited at the archaeological museum in Olympia.