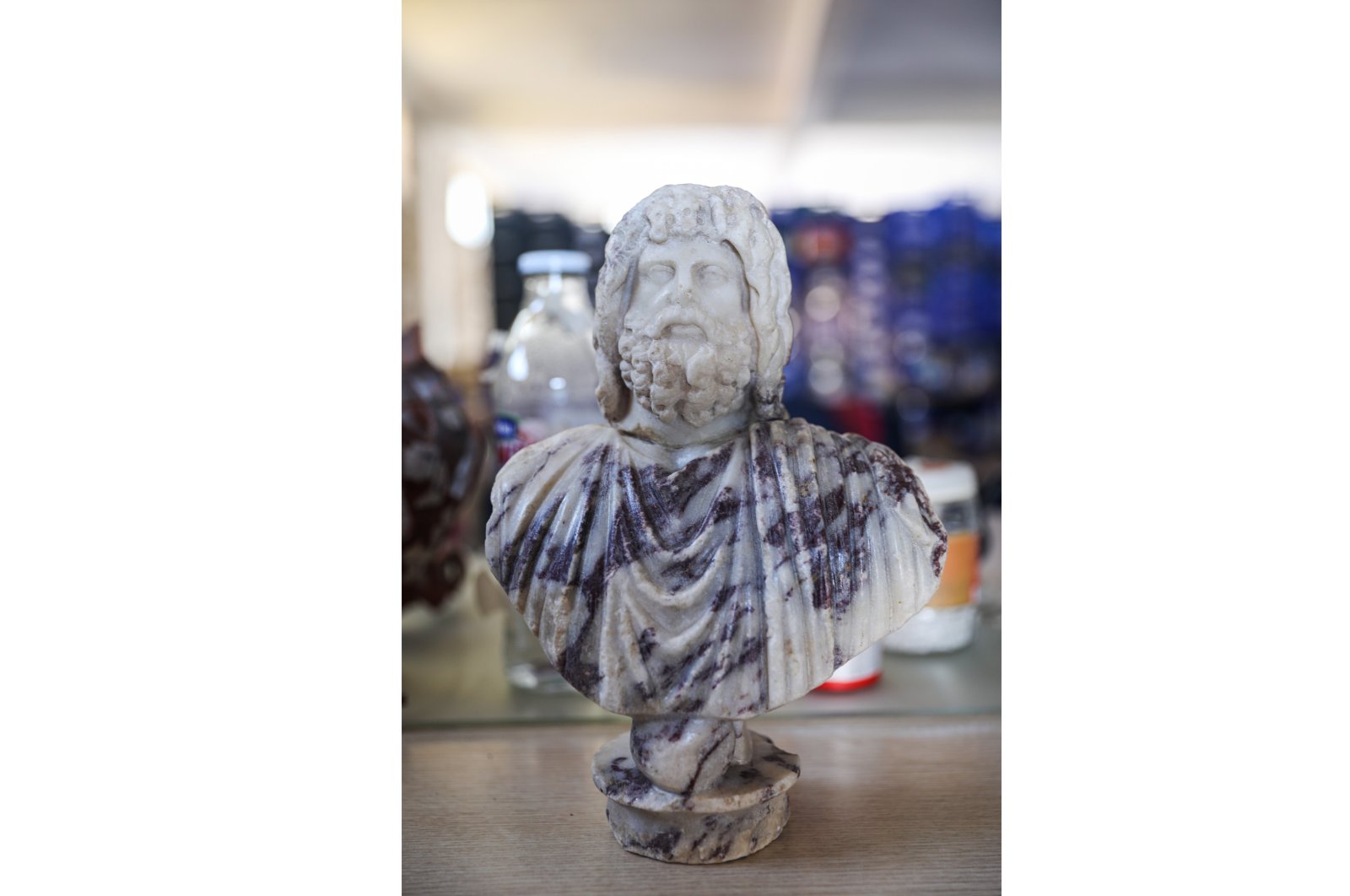 Two deity statues dating back to the Roman period were discovered in the ancient city of Kibyra, located in the Gölhisar district of Turkey's southwestern Burdur province.

A written statement from the Burdur Governorship stated that archaeologists unearthed a statue of Asclepios, the god of medicine and healing in Greek mythology, on the southern side of the temple of the imperial cult in the ancient city. The statue, notable for its fine workmanship, was found in seven pieces. The 38-centimeter (15-inch) artifact depicts a clothed Asclepios with long, curly locks and a beard.

Asclepios, resting on his staff with a snake wrapped around it, holds an egg in his hand. There are very few depictions of Asclepios holding eggs, and the statue helps researchers further understand the attitude of the Kibyra people toward health and is also an important piece of archaeological history.

A marble bust of Serapis, the Egyptian-origin sky god or god of light, was unearthed in two parts in the ancient city. The body of the Serapis bust was discovered in 2019, but the head was found later during a clean-up of the Roman bath complex.

The marble bust is now ready to be put on display following repair works done by veteran restorers on the excavation team.

The ancient city of Kibyra, known as the "city of gladiators," is located among juniper and cedar forests in Burdur province at an altitude of 1,350 meters (4,429 feet). The 2,300-year-old city boasts a 10,400-person stadium built in Roman and Byzantine architectural traditions, an odeon (music house) covered with a Medusa mosaic, a late Roman bath, agoras, a main street and underground chamber tombs. The ancient city has been on the UNESCO World Heritage Temporary List since 2016.