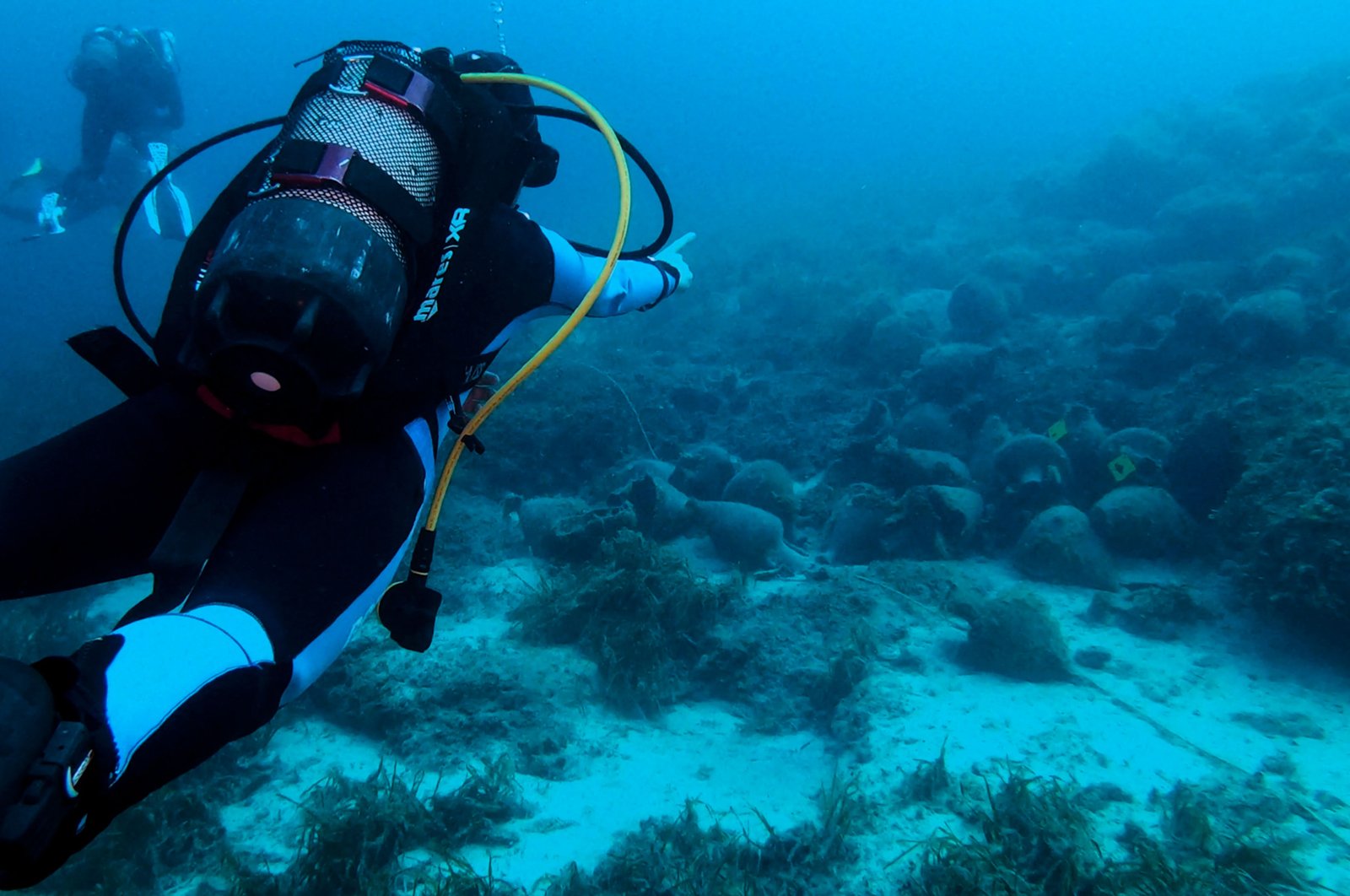 Hans-Juergen Fercher was just as mesmerized on his fourth dive as he was on his first when he surfaced from the crystal-clear waters of the Aegean Sea. The psychiatrist saw mounds of 2,500-year-old wine pots that mark the site of an ancient shipwreck, which is Greece's first underwater museum.

"This is a combination of diving and archaeological diving. It's diving into history," says the 48-year-old Fercher after pulling himself onto the deck of the Triton dive boat.

"It makes it special and unique."

The museum beneath the waves at Peristera, a rocky outcrop off the island of Alonissos, opened in 2020, though the site has been largely mothballed until now due to COVID-19 restrictions.

As Greece opens up its vital tourism industry, the site offers an example of a new and more sustainable source of revenue.

Divers like Fercher and Danish wine-cellar maker, Lisette Fredelund, are willing to pay 95 euros ($110) a dive – about 50 percent more than the cost of a regular recreational scuba outing – for a guided tour of a site once the preserve of professional archaeologists.

"It was just amazing," said Fredelund. "I was just, while we were down there, trying to imagine what it had been like being on a vessel transporting wine."

More wrecks have been discovered in the area – the middle of the country's largest marine reserve – holding out the prospect that more such museums will open.

Greece has made diving part of its focus to attract visitors since legislation passed in 2020 making it possible to access such sites, Tourism Minister Harry Theoharis told Agence France-Presse (AFP).

"This is a type of tourism that attracts people all year round, a special audience that pays generously to dive," he said, adding that 10 new diving parks are ready to be licensed under the process provided for by the legislation.

On board the Triton, a group of six more visitors don their scuba gear and plunge into the sea, closely following their guide. About 300 people have paid to visit the wreck since the museum opened, according to Alonissos Mayor Petros Vafinis.

Vafinis – himself an avid scuba diver – joined a group of tourists as they one by one launched themselves off the rear deck of the Triton into the sea.

All visitors must first undergo a briefing about the site and the strict rules – such as keeping at least two meters (about six feet) away from the artifacts.

After a short swim from the boat, the tour guide leads the group down through changing layers of light and increasing cold to the sea bed almost 30 meters below.

"My expectations were really high from the briefing, and it fulfilled everything," said George Giasemidis, a Greek tourist who visited the area specifically to see the wreck.

Due to the depth and technical difficulty of the descent, only qualified divers are allowed to visit the wreck of a ship that was delivering wine and other goods when it foundered, around the fifth century B.C.

More than 4,000 two-handled amphorae are anchored in the sand, their positions marking out the outline of the wooden vessel, the remains of which have been washed away over time.

"We want to propose another kind of tourism to the people who come. I don't want intensive tourism we can find anywhere else," Vafinis said.

With four other wrecks discovered nearby, the goal is that they will in turn become accessible, adding Alonissos to the must-do list for divers around the world.

"It goes to put Alonissos on the world diving map, to have like an underwater safari of ancient wrecks," said Kostas Efstathiou, co-owner of the Triton diving center.