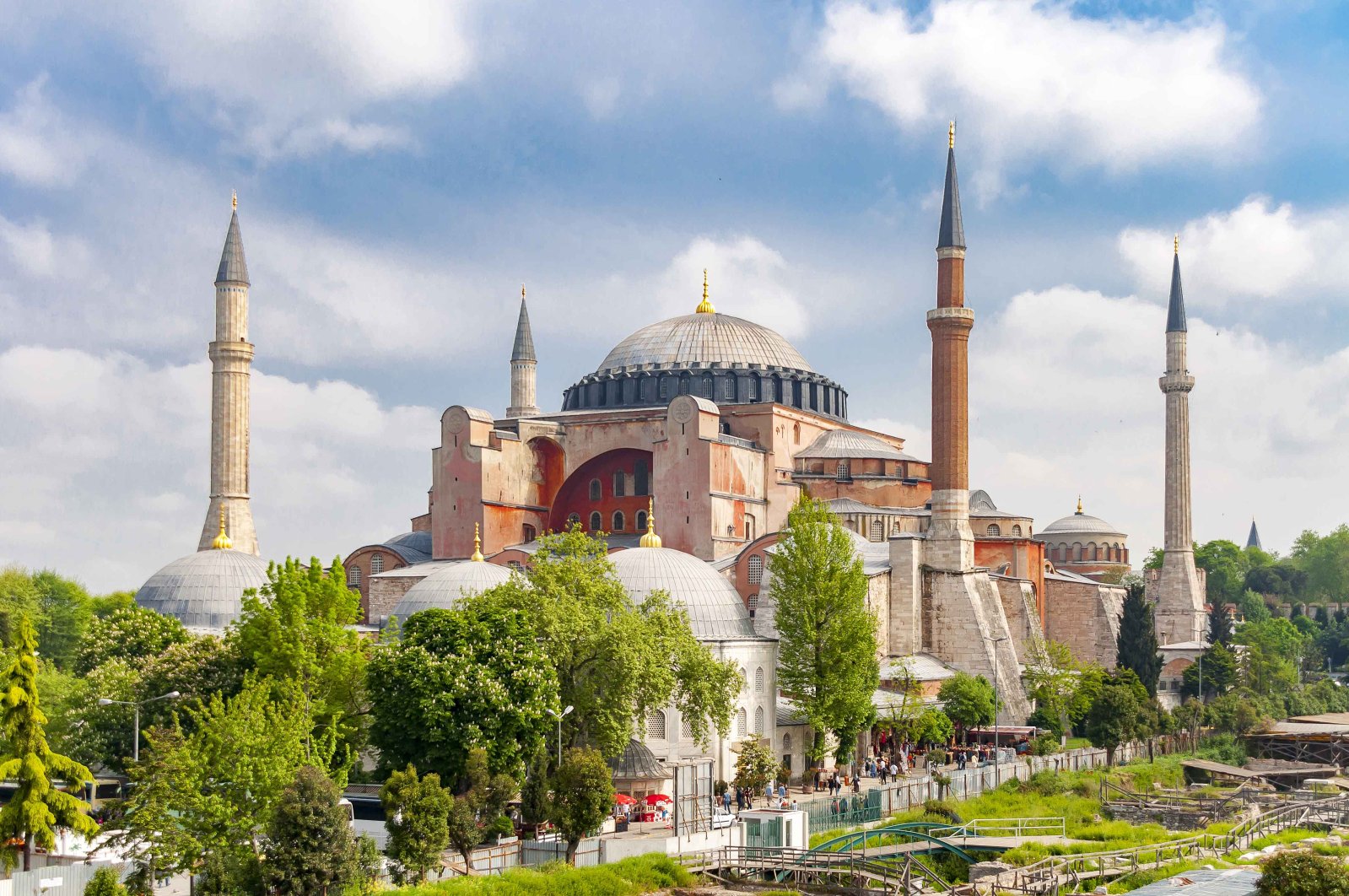 Hagia Sophia is one of the world's most important historical and cultural heritage sites. (iStock Photo)
by Daily Sabah with IHA Mar 24, 2020 5:17 pm

Istanbul's Hagia Sophia Museum, one of the world's most important historical and cultural heritage sites, hosted tests for vocal acoustics for the first time in its nearly 500 years. In the acoustic tests carried out with special permission from Hayrullah Cengiz, the director of the Hagia Sophia Museum, audio and visual recordings were made. During the recordings, Hagia Sophia employees were escorted out of the museum to prevent interruptions in the acoustics.

Through simultaneous recordings of a total of eight cameras and voice recorders, the acoustics of Hagia Sophia were recorded for the first time. For the acoustic test, Hagia Sophia's imam Önder Soy and muezzin Ahmet Toraman recited the adhan (the Muslims' call to prayer) in saba makam (a system of melody types used in Eastern and classical Turkish classical music) from the muezzin mahfili, which is a special raised platform in a mosque where the muezzin carries out his duties to call for prayer, inside the museum. They also performed Al-Fath and An-Nasr suras at the mihrab, a semicircular niche that indicates the direction of the Kaaba in Mecca where Muslims should face during prayer.