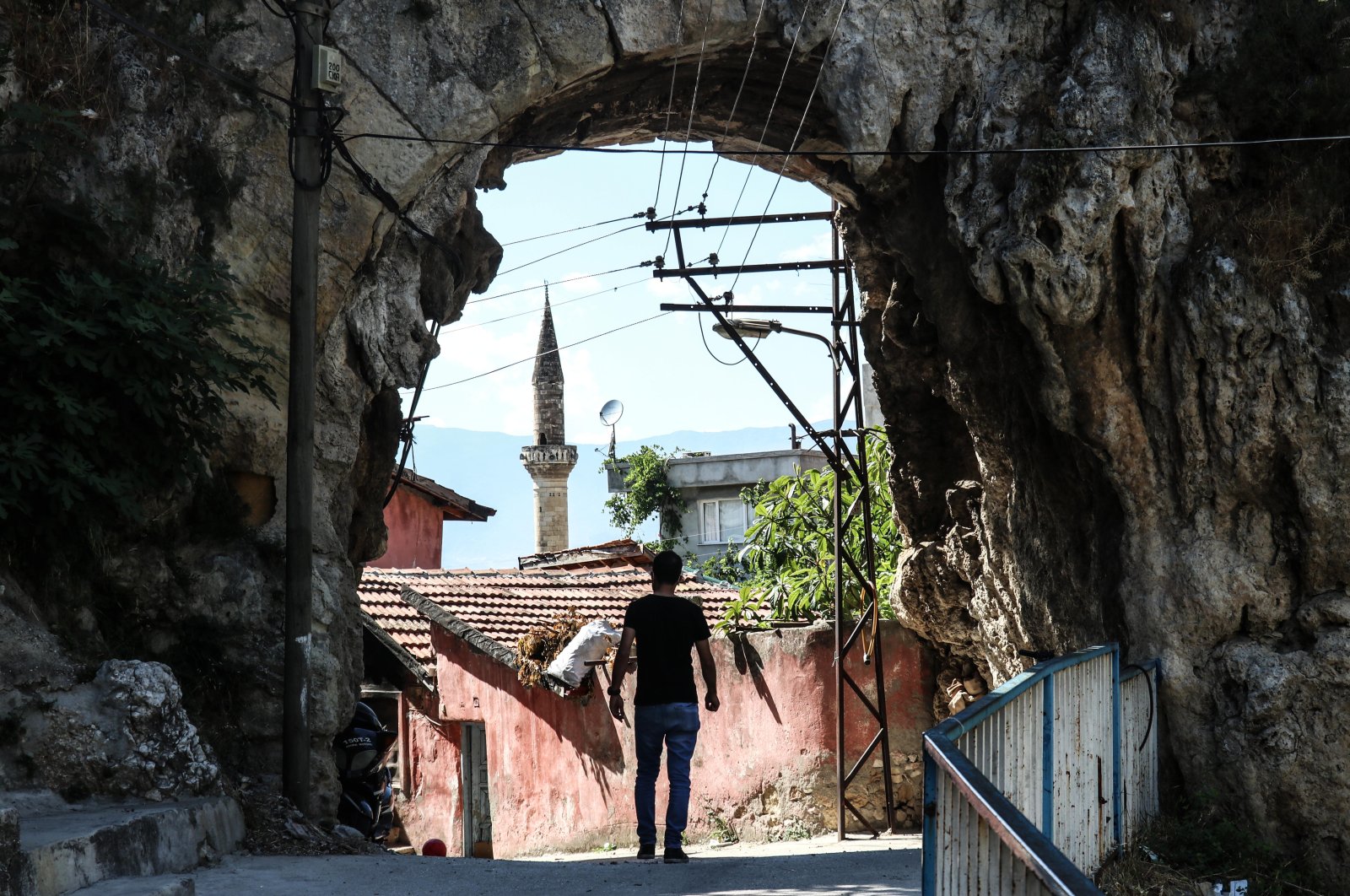 Southern Turkey's Hatay has been home to innumerable civilizations throughout its long history, and for centuries it has hosted a variety of religions, creeds and cultures in peaceful coexistence, leading the historic city to become known as “the city of tolerance.” The city's Roman aqueducts, which brought water to these diverse communities, stand the test of time to this day, as does the region's famous tolerance.

The aqueducts, located in the Defne district of Hatay's Harbiye region, were built back in the day by Roman Emperor Trajan, who ruled between 98 and 117 A.D. They were constructed to bring water to what was then Antioch, and after fulfilling their duty with dignity they have retained their enchanting architecture for two millennia.

The aqueducts reach a height of 20 meters (65 feet) and have a width of 2.5 meters in some regions. The aqueducts now stand in the middle of the city between houses and are used as bridges, allowing cars to pass under their arches and attracting locals and foreigners alike with their architecture.

Hatay is a city that can be considered the cradle of civilizations with its history, said Hakan Boyacı, president of the Hatay Tourism Association. The Roman aqueducts were one of the countless riches that Hatay contained, said Boyacı.

Hatay represented significant strategic importance historically, so it is only natural that it has stashed artifacts, and even standing structures like the aqueduct, from across history, waiting to be discovered.

The reason for the city's historical significance was due to it being a center of commerce and trade, located on the famous Silk Road on the way to Rome, which meant that it was part of a trading route, particularly the spice trade at the time, that spanned almost all of the known world for the period.

Thus Trajan's efforts in Antioch, or Hatay, were not pro bono per se, but were calculated. In the meantime, they set significant precedence in Roman history that marked an important stage.

Trajan wintered in Antioch during the months that bridged 115 and 116, thus setting a precedent of an Emperor dwelling in Antioch, signaling the beginning of a cultural shift towards the East. A little known fact is that during his time in Antioch he survived a violent earthquake.

He also built a public bath and completed the theater while he stayed in Antioch.

Boyacı explained that the aqueducts were used to transport water from sources to Antioch to cover the needs of the city, which in the Roman period boasted a population of 1 million.

Boyacı emphasized the importance of restoring these structures, and further explained their historical use: the water would reach the city and then be transferred to baths, fountains and other areas.

He expressed his hope and desire for the restoration of all the existing artifacts and ruins in the city.

“Our state, our Ministry of Culture and Tourism are making great efforts in this regard,” Boyacı told Anadolu Agency (AA). “Of course, restoring the whole of such a big city requires great opportunities and resources.”

Aqueducts constituted a significant part of Roman architecture, and also a major part of the majestic structures that have survived up until this day. They were constructed throughout the Republic, and later the Empire. They supplied water to public baths, latrines, fountains and private households while also supporting mining operations, milling, farms and gardens.

The architecture and engineering behind aqueducts still fascinate people to this day. These structures moved water from sources to the city by using just gravity alone. Water moved along the aqueduct following a slight overall downward gradient within conduits of stone, brick or concrete.

Boyacı also noted that there were numerous artifacts not yet unearthed in Hatay. He said that this was just the tip of the iceberg.

Meanwhile, Mehmet Sağanak, a resident of Hatay, stated that the aqueduct has become the symbol of the area, attracting tourists from all places, and that they expect it to be restored.

The aqueduct in Hatay was not the only, nor the first, such project of Emperor Trajan, a philanthropic ruler. The Aqua Traiana, inaugurated in 109 A.D., was his construction as well and channeled water from sources around Lake Bracciano, 40 kilometers (25 miles) north-west of Rome, to the capital.

Trajan was a successful soldier-emperor, who had presided over the second-greatest military expansion in Roman history, after Augustus, his predecessor from a century earlier. He led the Roman Empire to its maximum territorial extent by the time he had to definitively cease all operations.

Trajan was considered to be among the Five Good Emperors, a term coined by Niccolo Machiavelli, because of his social welfare policies and extensive public building programs, and as he oversaw an era of peace and prosperity.