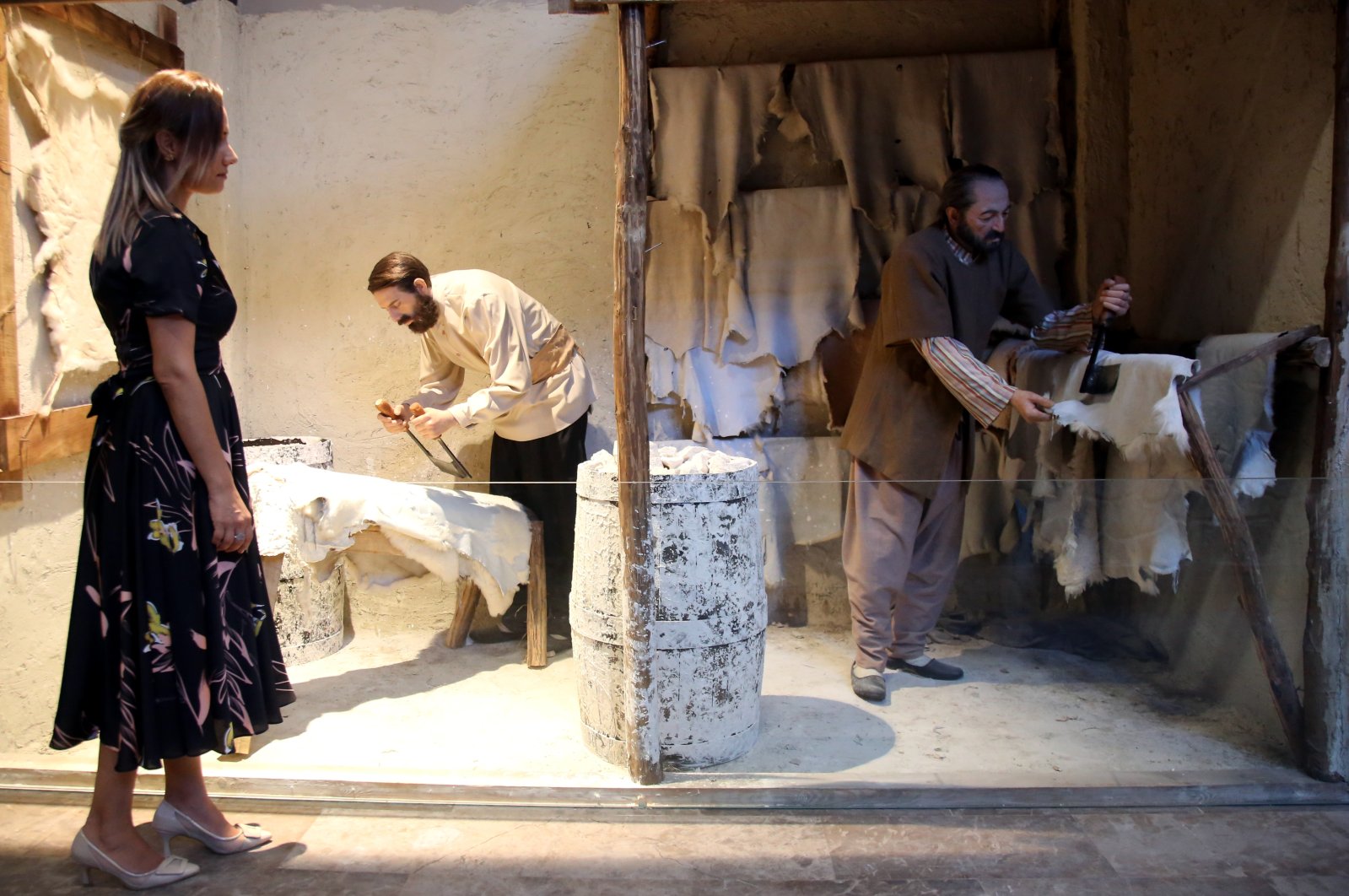 Outdoor opera back in Acropolis of Athens

The history, daily life and culture of southern Turkey's Hatay province, which is named as the city of tolerance, will be introduced at the City Museum, which has been transformed from the historic stone building that served as the Antakya Archaeological Museum for 66 years until 2014.

Within the scope of the work initiated to restore the historic stone building which remained empty for six years and bring it into tourism, survey and restoration projects were approved by Adana Cultural Assets Protection District Board.

The restoration and landscaping of the historic stone building has been completed, as well as the work initiated to make it serve as a museum for the second time.

The museum, which is scheduled to come into service next month, will introduce the history, trade, production, daily life and food culture of the city in six sections. The wax sculptures and items used by Tayfur Sökmen, the first and only president of Hatay before it joined Turkey and those belonging to members of the Parliament at the time, were moved from the Governorate Office building to the Hatay State Museum section.

Hatay Governor Rahmi Doğan, in an interview with Anadolu Agency (AA), said that Hatay is an important city with its history, culture and gastronomy. Indicating that they designed the old museum as the City Museum, Doğan noted: “Our city museum has been designed as six exhibition halls. There are sections about daily life, production, trade, gastronomy and the history of Hatay. One exhibition hall inside it features the Hatay State Museum. In fact, this was a section within the Hatay Governorate Building, and only people who came to the governorate had the opportunity to see it. Within this work, we have added this area from the Governor's Office to our museum. It will come into service as the sixth exhibition hall here.”

Doğan stated that the city welcomes a large number of tourists, especially on weekends, adding that they will have the opportunity to see Hatay Archaeological Museum, Necmi Asfuroğlu Archaeological Museum, Medical and Aromatic Plants Museum, Thematic Agriculture Museum and St. Pierre Memorial Museum as well as the City Museum.

Underlining that they have carried out major works to invigorate tourism in the city, Doğan said: “When it comes to Hatay, gastronomy comes to mind. People come to Hatay to taste different flavors as the appetizer culture and food varieties in our city really satisfy our guests. We have different alternatives; people come here to both meet history, culture, art, and get to know different tastes.”

Outdoor opera back in Acropolis of Athens