Hidden under domes: The humanity of the Prophet Muhammad 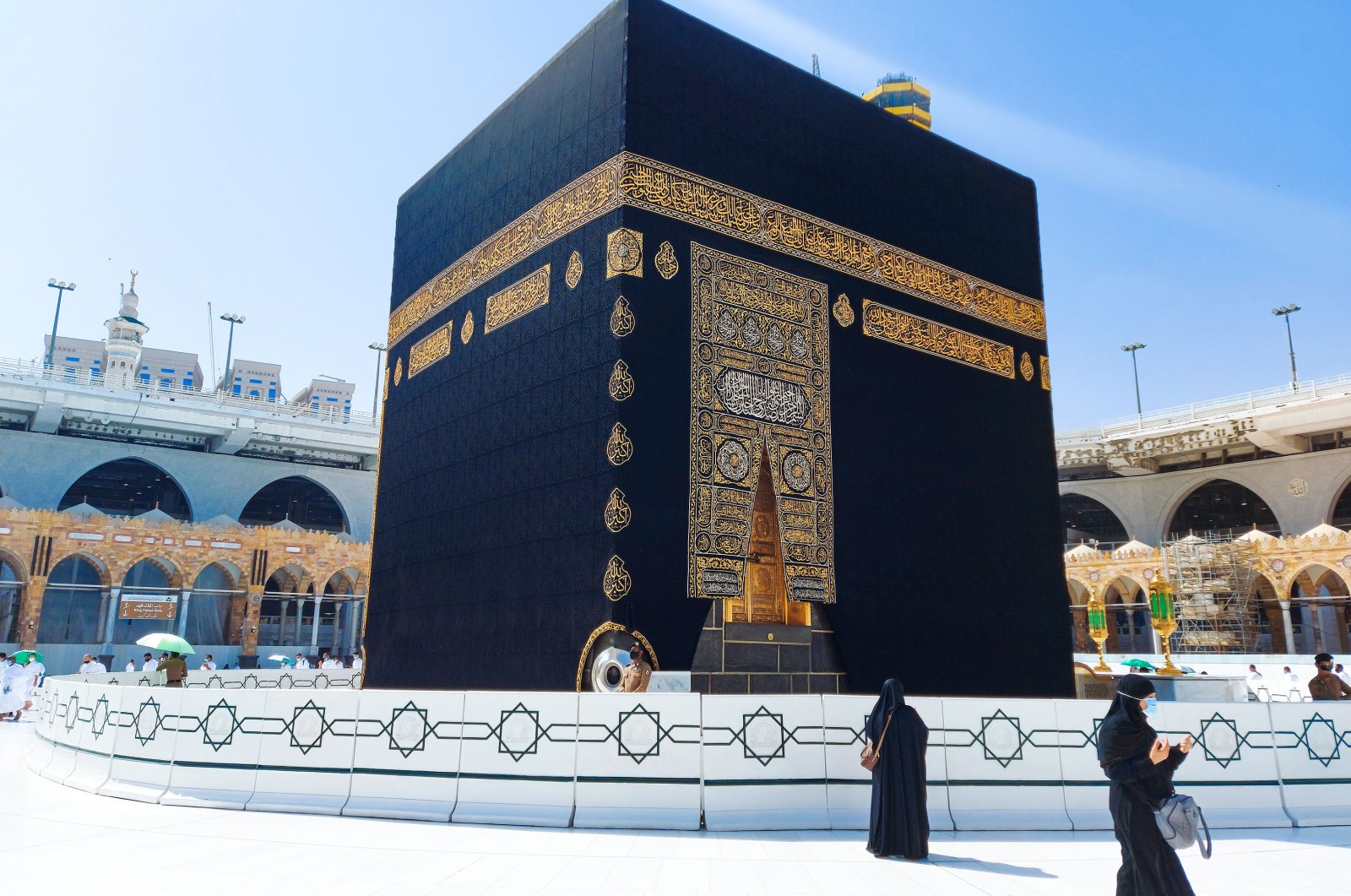 People think of prophets as angelic embodiments of perfection who are unaffected by the world, but the Prophet Muhammad both preached and showed that he was only human

Throughout history ignorant people have looked up to those who lived in solitude, did not marry, showed extraordinary merit or wore shabby clothes although they had the means to dress better. They put these people on a pedestal, deeming them superior to others who did not act in such a way. However, the last of the prophets and the best of mankind, the Prophet Muhammad got married, had children, shopped and traded, laughed, got angry, cried, forgot, wore precious and beautiful clothes, ate various foods, competed, fell ill and eventually passed away when his time came.

Although he was superior to angels as a prophet, he lived not like an angel, but as a perfect human being before and after his prophethood was revealed to him. His morals were considered to be one the greatest miracles to amaze people.

Although the Prophet Muhammad was a head of state, like an ordinary family man he used to mend his own clothes, sweep the house, milk the goats, shop at the market, carry what he bought himself, fix his shoes and tend to the camels.

He made time for each of his wives and was kind to them, chatting and joking with each of the women. He is known to have helped his wife Hazret-i Safiye, or Safiyya, mount a camel by kneeling on the ground for her to step up.

When his beloved wife, Hazret-i Aişe, or Aisha, drank water, the Prophet Muhammad would drink from the place where she put her mouth. When he ate meat, he would bite where she had bitten. Sometimes he would race with her to cheer her up. He delivered his soul with his blessed head on the knee of Aisha.

The Prophet Muhammad used to endure the troubles of his wives and their jealousy. One of his wives had called his other wife Safiyya, "the daughter of a Jew," and hurt her and made her cry.

When this happened, the prophet consoled Safiyya, saying: “You are the daughter of a Prophet (Harun). Your uncle (Moses) was also a Prophet. You are currently under the marriage of a Prophet. How can she brag against you?”

When Aisha smacked away the food sent by Safiyya, spilling it on the ground, the Prophet Muhammad got angry. But he only told his wife to return the same plate, and he bent down to collect the spilled food.

The prophet used to live with his friends and relatives, that is, with the Eshab-ı Kiram (companions of the prophet), regardless of whether they were rich or poor, black or white. He married their daughters and they married his.

He loved his Ashab so much that Allah said in the Quran: "There has come to you a Messenger of Allah from among yourselves, who is distressed by the losses you sustain, who is ardently desirous of your welfare and is tender and merciful to those that believe." (Tawba-128)

The Prophet Muhammad used to joke with his friends. When Ebu Hureyre, or Abu Harairah, was surprised at a joke he made and said, "O Messenger of Allah, are you joking with us?" The prophet responded: “Yes, I joke; but I only tell the truth.”

When he said "Don't you know, old people do not enter Paradise," to an elder woman from the Ansar, the woman became teary. The prophet laughed and told the woman that we enter paradise as our young selves, not old.

When Bilal ibn Rabah, one of the most trusted and loyal companions of the Prophet Muhammad, wanted to sacrifice a rooster, he asked him: "Does a muezzin sacrifice another muezzin?" (The muezzin is the person who gives the call to prayer at a mosque, like Bilal)

There was a villager named Zahir (which means external, surface in Arabic), who would bring gifts for the prophet every time he came to the city from the desert. Once the prophet followed him and caught him from behind in the bazaar and covered his eyes with his hands.

Zahir glanced at him out of the corner of his eye and realized that he was Allah's messenger. The prophet asked, "Who will take this slave?" Zahir replied, "No one would appreciate me, O Messenger of Allah! Because my face is ugly!”

The Prophet said, "O Zahir, even if those who look at your appearance do not appreciate it that much, your value in the sight of Allah is very great."

The prophet would get angry, but his anger would not be for himself, but only for Allah. One day, someone came to him and told him that a member of the Ashab would take too long when he would be the imam (the person leading the prayer).

The prophet got angry and he ordered: "When one of you becomes imam, keep it short. There may be the elderly, small children and the needy behind him.”

Again one day, he got very angry when he saw some of the Ashab arguing about fate. He warned them: "Are you ordered by this? Those before you perished because they argued on this issue."

When the Prophet saw children, he would stroke their heads and kiss them. He would put them on his mount and take them to their destination. When he heard a child crying while leading the prayer, he would finish the prayer quickly by reciting short suras so that the crying child, and their mother, would not be upset.

When he saw a little servant girl crying because she had lost the money her owner had given to buy flour, he gave her money. He escorted the child to the home where she worked so that they would not be angry with her. When he saw an orphan sad and destitute, he said: "Would you not agree if I were your father and Aisha was your mother?"

When he was going to visit Abu Ayyub al-Ansari, a close companion, he saw the little daughters of Ben-i Nejjar (a tribe in Arabia in the Prophet Muhammad's time) playing the tambourine and singing. He asked them, "Do you love me?" They replied, "Yes, O Messenger of Allah." To which the prophet replied, "I love you too."

The prophet would kiss his children and grandchildren, carry them on his back and put them on his shoulders. Once, during a khutbah (the primary formal occasion for public preaching in Islamic tradition), when he saw his grandchildren Hasan and Husayn walking up to him, he immediately got down from the pulpit and lifted them up.

While his beloved son Ibrahim was with his wet nurse, as was the custom at that time, the prophet would go to the village on the high side of Mecca, take his son in his arms, kiss him and then return. As Ibrahim passed away in his lap, tears welled in his blessed eyes.

Abd al-Rahman ibn Awf, another close companion, was amazed at this and asked, "You too, O Messenger of Allah?"

The prophet replied: “O Ibn Awf! This is a work of mercy and compassion. The eyes weep, the heart grieves. But we only say words that will please our Lord. O Ibrahim! We are truly sorry for your departure. If this were not the path to be followed by everyone and the last of us would not meet the first, I would feel more sorry for you.”

The prophet used to allow his companions to have fun on Eid days within legitimate limits.

During the Mina days, while two concubines were playing the tambourine and singing with Aisha, her father, Abu Bakr Abdullah ibn Uthman Abi Quhafa, also known as Abu Bakr as-Siddiq, came to visit his daughter.

At this time, the prophet was lying in his clothes, so as not to see them. When Abu Bakr scolded the women for singing, the Prophet popped out his head and said, "O Abu Bakr! Leave them, these are the days of Eid.”

Once, Habesha people (or Abyssinians) were playing near the mosque. Aisha went behind the prophet and they watched the game together.

The prophet would wrestle and enjoyed watching wrestling matches. He participated in camel competitions and had a camel named Adba, which no one could pass. In one match, the riding camel of a Bedouin from the desert defeated Adba.

It was a heavy defeat for the companions. The prophet, on the other hand, consoled them by saying that every perfection in the world has its own demise.

The Prophet Muhammad would say: "Do not praise me as the Christians praised Jesus son of Mary. I am only a servant of Allah. Call me the Servant and Messenger of Allah." He would eat sitting on the ground like a slave. “I eat as a servant eats, I sit as he sits. Because I am only a servant.”

When someone who came before him would start to tremble because of his majesty, he would calm them by saying: “Calm down, brother! I am not a king or ruler. I am the son of a woman from Quraysh who ate dried meat."

He used to say that he could not know the unknown unless Allah informed him. He would often say that others had a better understanding of worldly affairs, as in the experience of grafting date palms in Medina.

Once, he led the four-raka'ah noon prayer as five raka'ahs inadvertently (A raka'ah is a single iteration of prescribed movements and supplications performed during salah, or prayer). He said: "I am only a human being, I can forget and make a mistake like you. Remind me when I forget."

There were also times when he made a mistake in ijtihad (an Islamic legal term referring to independent reasoning) on matters for which there was no nass, or divine decree.

For example, after the Battle of Badr, he asked his companions how he should treat the captive Qurayshis. He went with Abu Bakr's suggestion and released the captives for ransom. A verse that was revealed later stated that this ijtihad was not correct.

Ordinary people value extraordinary situations such as the resurrection of the dead. The Prophet Muhammad, and the Awliya (Islamic saints) who are his heirs, on the other hand, mingled with people and resurrected their hearts with their conversations.

Although it may seem naive to the ignorant, to engage with people and live like an ordinary person, on the contrary, this is actually a superiority. In a holy hadith, Allah says: "My walis (custodians) are under my domes, no one knows them but me."

The great Islamic scholar Ahmad al-Faruq al-Sirhindi, also known as Imam Rabbani, wrote on this matter in his book "Mebde and Mead" (The Time of Beginning and Returning) as follows: