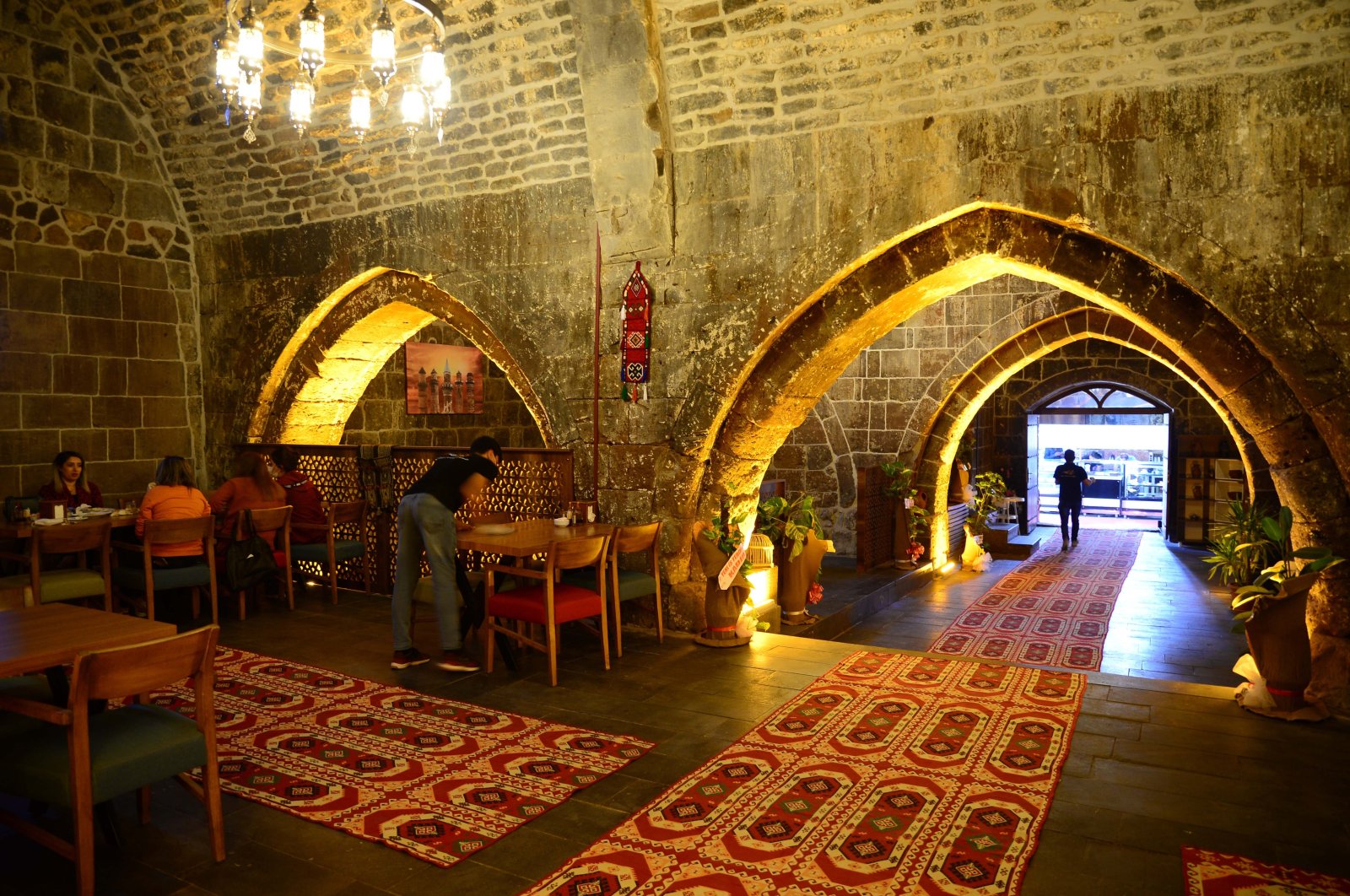 The Başhan Inn hosts its visitors with all its historical glory as well as some delicious local dishes in eastern Turkey's Bitlis.

Built by the Van Beylerbeyi (Governor) Köse Hüsrev Pasha, the 500-year-old Inn stands out with its spectacular architecture and decorations.

The single-story inn was built with cut stones in line with Seljuk architecture on the historical Silk Route in the 16th century. After serving merchants for centuries, it was recently restored according to its original form. The inn now draws people with its authentic decorations and functioning restaurant that serves local dishes.

Among the local cuisine, the most prominent ones are Büryan kebab, made from a young goat's meat, and avşor soup. The soup is available to customers starting early in the morning. It is often called the "soup of people who don't sleep" because it is prepared in the late hours of the night. It takes four hours to prepare and should be consumed within four hours as well.

However, what makes these local dishes more special and delicious are the authentic, ancient spirit of the inn and its historical character.

Mesut Uygun, the manager of the restaurant, said they are happy to bring history and local tastes together. "People both witness history and have the opportunity to taste local foods here," he said.

Cihat Duman, a visitor at the inn, said: "You feel peace in this historic inn. Visitors are sure to be impressed by the historical character of the inn. The local cuisine only makes it better."