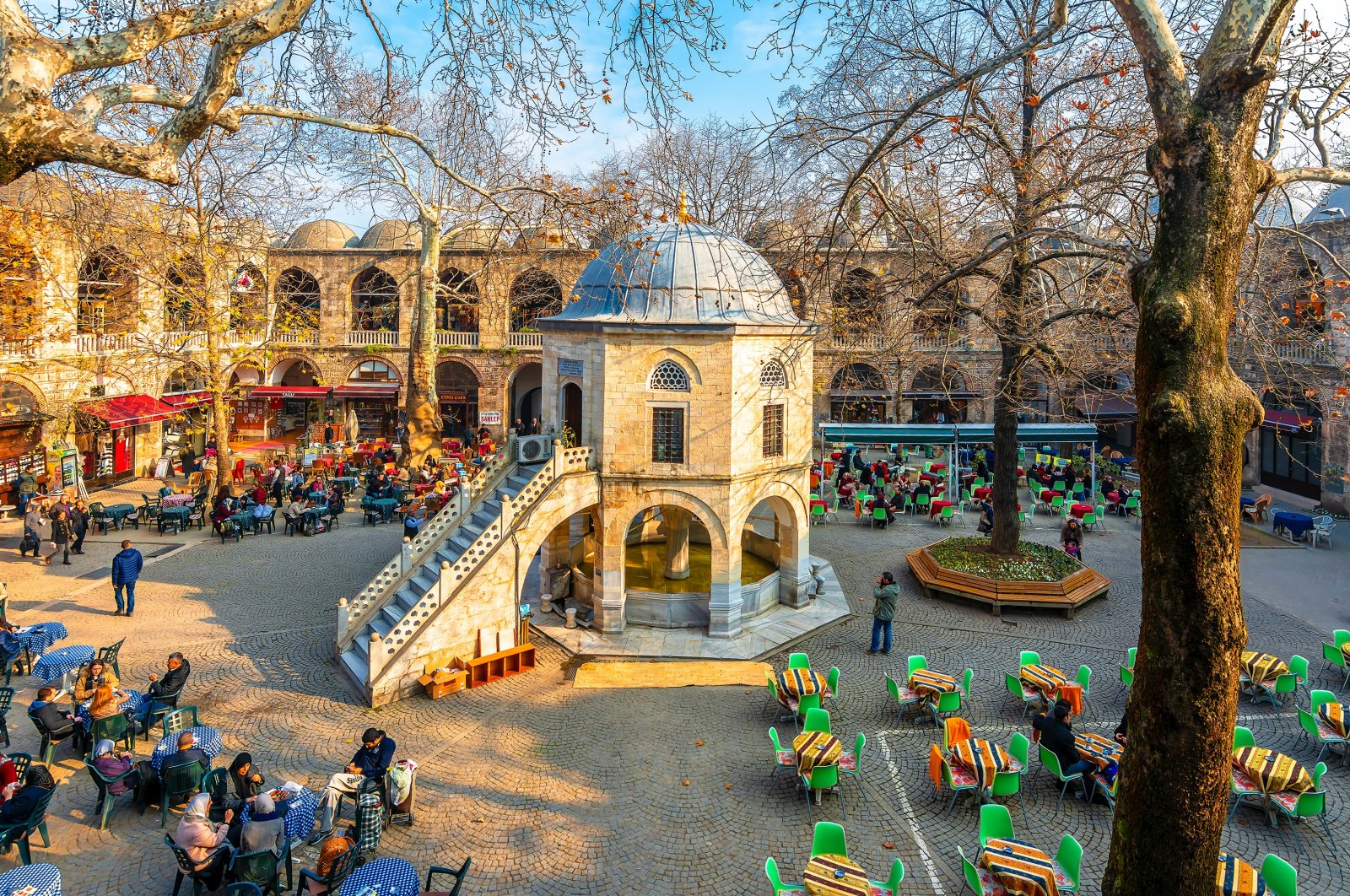 The Historical Bazaar and Inn Area of Turkey's northwestern Bursa province, known as "the heart of commerce" for seven centuries and listed as a UNESCO World Heritage site, expects to attract more tourists through new projects.

Owing to the support of President Recep Tayyip Erdoğan and under the guidance of Environment and Urbanization Minister Murat Kurum and Bursa Mayor Alinur Aktaş, buildings marring the historic area are being demolished as part of a new project to transform the old city into a giant, open-air museum.

Thanks to the new project, the Grand Mosque of Bursa is now visible from the center of the old city area. The city is also expected to have more green areas with this project.

Bursa, one of the former capital cities of the Ottoman Empire, is home to historical mosques, madrasahs, tombs and other architectural works. The Historical Bazaar and Inn Area of the city attest to the city’s commercial background and early Ottoman architecture. The inns, or caravanserais, in this region still feature small shops where traditional handicrafts are produced. Among the most famous caravanserais are Koza Han and Ipek Han.

Sultan Bayezid II ordered the construction of the Koza Han in 1490. Its architect was Abdul Ula Bin Pulad Shah. The historical building was used as the main center for silkworm cocoon trade, which has played an important role in Bursa’s textile sector. The back of the building opens to Uzun Çarşı (Long Bazaar) through a door of beautiful blue tilework. There are now many restaurants and cafes where visitors can rest in Koza Han.

Ipek Han is one of the biggest caravanserais in the city. Sultan Mehmed I (who reigned in 1413-1421) ordered Ivaz Pasha, one of the most famous architects of the 15th century, to build it. The building was the gathering place of the silk producers in the city.

Along with inns and caravansarais, the historical bazaars are spellbinding sites of the city. The Kapalı Çarşı (Covered Bazaar), located behind the Grand Mosque, is one of the oldest ones among them. Its history dates back to the period of Orhan Gazi, the son of Osman Gazi, the founder of the Ottoman Empire. Covered by a roof, the bazaar is home to many shops, especially ones selling textile products.