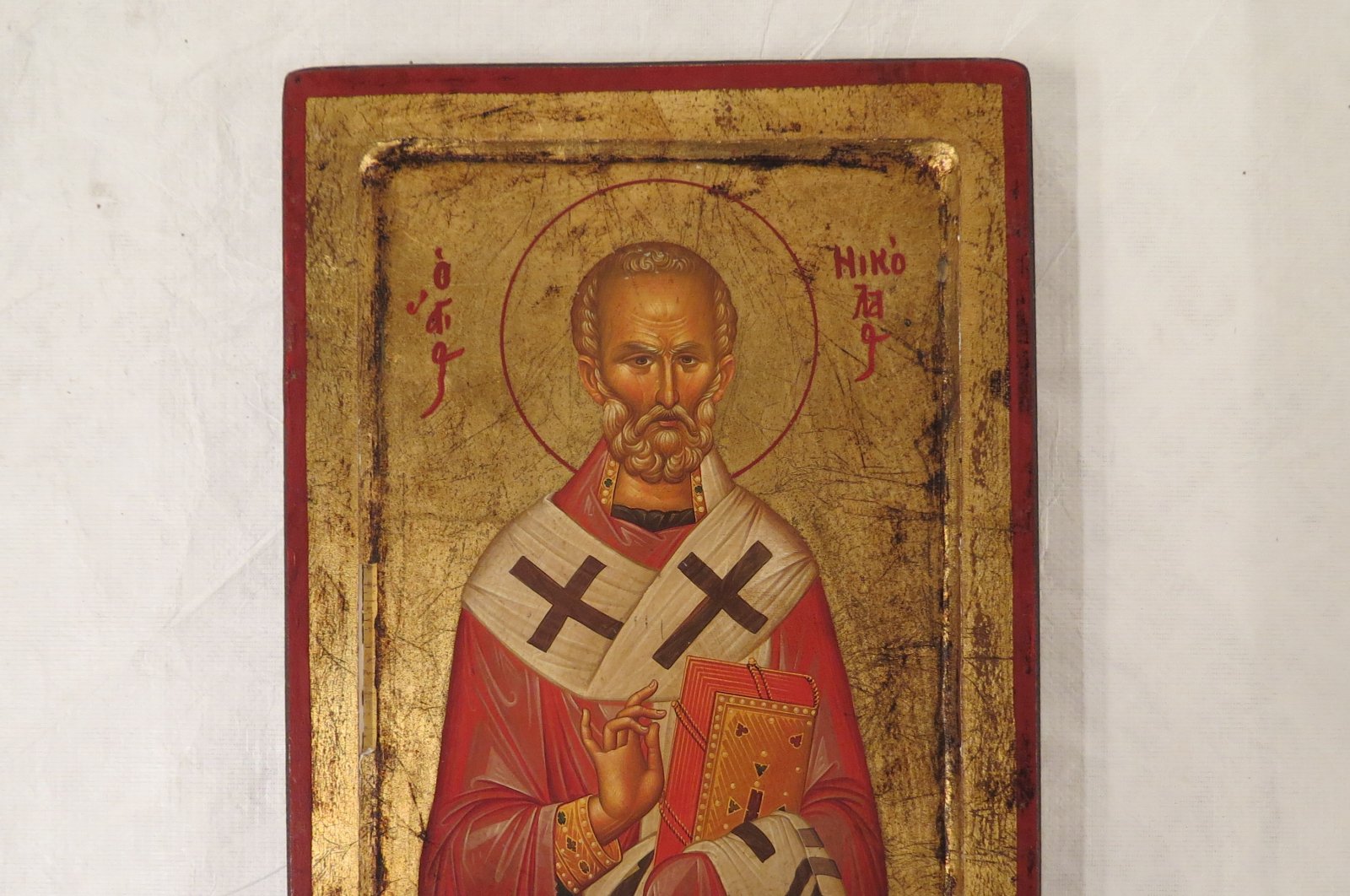 An icon stolen from the Gökçeada churches. (Courtesy of Turkey's Ministry of Culture and Tourism)
by DAILY SABAH Aug 09, 2021 11:00 am

Cultural assets stolen from historical churches in Gökçeada , the island located in the Aegean Sea off the shores of northwestern Turkey's Çanakkale province, will return to their home soon. Turkey's Culture and Tourism Minister Mehmet Nuri Ersoy will present the stolen icons to the Fener Greek Patriarch Bartholomew I tomorrow.

The theft took place in historical churches in the Zeytinli, Eski Bademli and Dereköy neighborhoods of the island in 2007, and the artifacts were seized by Eceabat Gendarmerie Command. Throughout the court hearing of the incident, the assets were preserved in the Çanakkale Archeology Museum.

After the court decision has become final, preparations to deliver the artifacts, comprising of icons mostly, to their churches were immediately launched.

Therefore, a ceremony will be held at Çanakkale Troy Museum tomorrow, and 12 works will be returned to the churches as an indicator of Turkey's understanding of protectionism for cultural assets, regardless of language, religion and race.