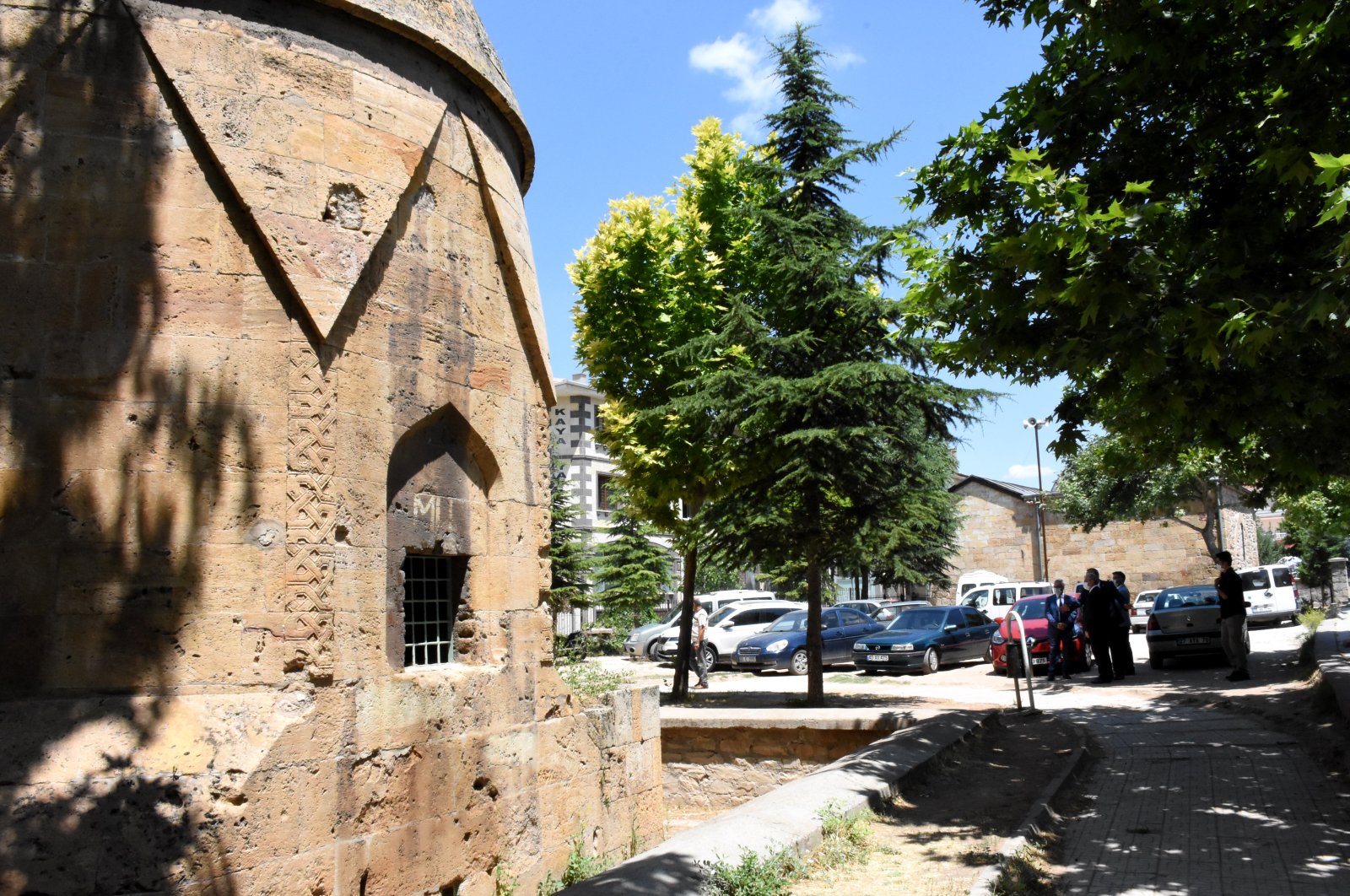 In an effort to bring back tourists, the 13th-century Lale Mosque and the Melikgazi Tomb that sits behind it in Turkey’s central Kırşehir province are scheduled to be restored.

Accompanied by Kırşehir Provincial Director of Culture and Tourism Halil Çalışır, Kırşehir Mayor Ibrahim Akın visited the historical location in the Yenice district to inspect the site and receive information on the project.

The mayor told Anadolu Agency (AA) that the projects related to the historical structures' restoration and corresponding environmental plans were prepared by the Kayseri Regional Directorate of Foundations and were delivered to the governorate.

He said that the restrooms and ablution rooms, currently on the front side of the Lale Mosque, would be moved to the back and that the work was planned to be finished by the end of November.

Akın added that once the projects are approved by the Preservation of Cultural Heritage Council, the restoration will begin. He also said he hopes that after the renovations, the historical mosque and tomb will attract greater interest from local and foreign tourists.

Lale Mosque is believed to have been built in the 13th century as a mint facility. The mosque, which was constructed using rubble and cut stones, is still in service today. Behind it is the Tomb of Melikgazi, also erected in the 13th century from cut stones. The tomb has the aesthetic of old Turkish tent designs. The empty area between the two structures is currently used as a car park.