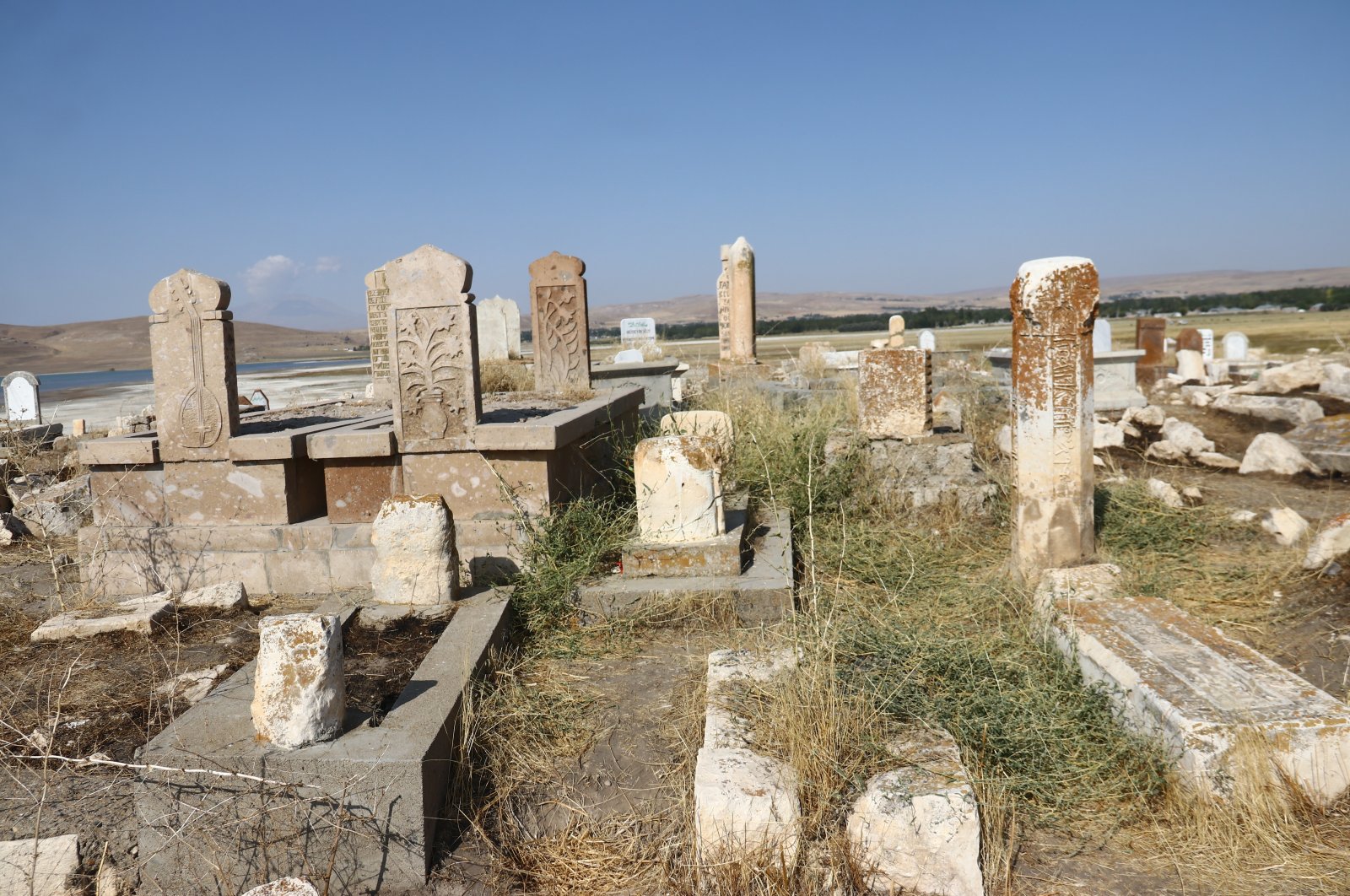 Housing the graves of Turkish folk poet Ercişli Emrah and his beloved Selvihan, the historical Seljuk-Kara Koyunlu (Qara Qoyunlu) Cemetery in the eastern province of Van will be restored, according to a statement by Nuri Mehmetbeyoğlu, the Erciş district governor and acting mayor.

Praying at the graves of the poet and his beloved, which were jointly restored by the Van Metropolitan Municipality and Erciş Municipality last year, Mehmetbeyoğlu said that the cemetery is one of the most important historical points in the city. He went on to express that Ercişli Emrah and Selvihan are two of the most important icons of the region's literature, culture and art.

Mehmetbeyoğlu stated that they will carry out maintenance work on the ruins and graves in the cemetery in order to transfer the memory of the poet to posterity.

Indicating that there is a unique beauty all around the region of Van, the district governor noted: “At any point in our geography, unique beauty or history comes out. The greatest wealth for us will be to ensure that they are embraced and passed onto future generations. As the Municipality of Erciş, we will perform the necessary operations to restore destroyed graves located in the historical cemetery, in accordance with their original forms after the necessary initiatives.”

Underlining that the cemetery has a history of 5,000 years, Justice and Development Party (AK Party) Van Deputy Abdulahat Arvas also said: “After the Battle of Manzikert (Malazgirt), these regions were seized from the Byzantine Empire, becoming Islamic territories. May God bless the soul of our ancestors. For the continuity of our state, we will take care of our country and our culture through the unity of the state, the nation and all our institutions. The historical graves are very important to us, and we will provide the necessary support to restore this place.”

Van Yüzüncü Yıl University (YYÜ) Rector Hamdullah Şevli stated that Van has been the capital of many civilizations, adding that they are ready to give all kinds of academic support to studies to be carried out in the region.

Rafet Çavuşoğlu, head of the Department of Archaeology, Faculty of Literature of YYÜ, noted that excavations in an area near the cemetery revealed a tell, which is a mound that covers over refuse from former civilizations.

He went on to explain that the region was registered as an archaeological site by the Ministry of Culture and Tourism. “The ornamental şahides, the stones placed perpendicular to the head and foot ends of the graves with an inscription or flower picture on it and sarcophagi in this place are very important," he said. "Reflecting traces of the Anatolian Seljuk culture, this place was used as a Muslim cemetery from the 12th century until 1992, including the Ottoman period. Important tombstones have survived to this day in this cemetery. We are of the opinion that we should hand them down to future generations in the same way.”