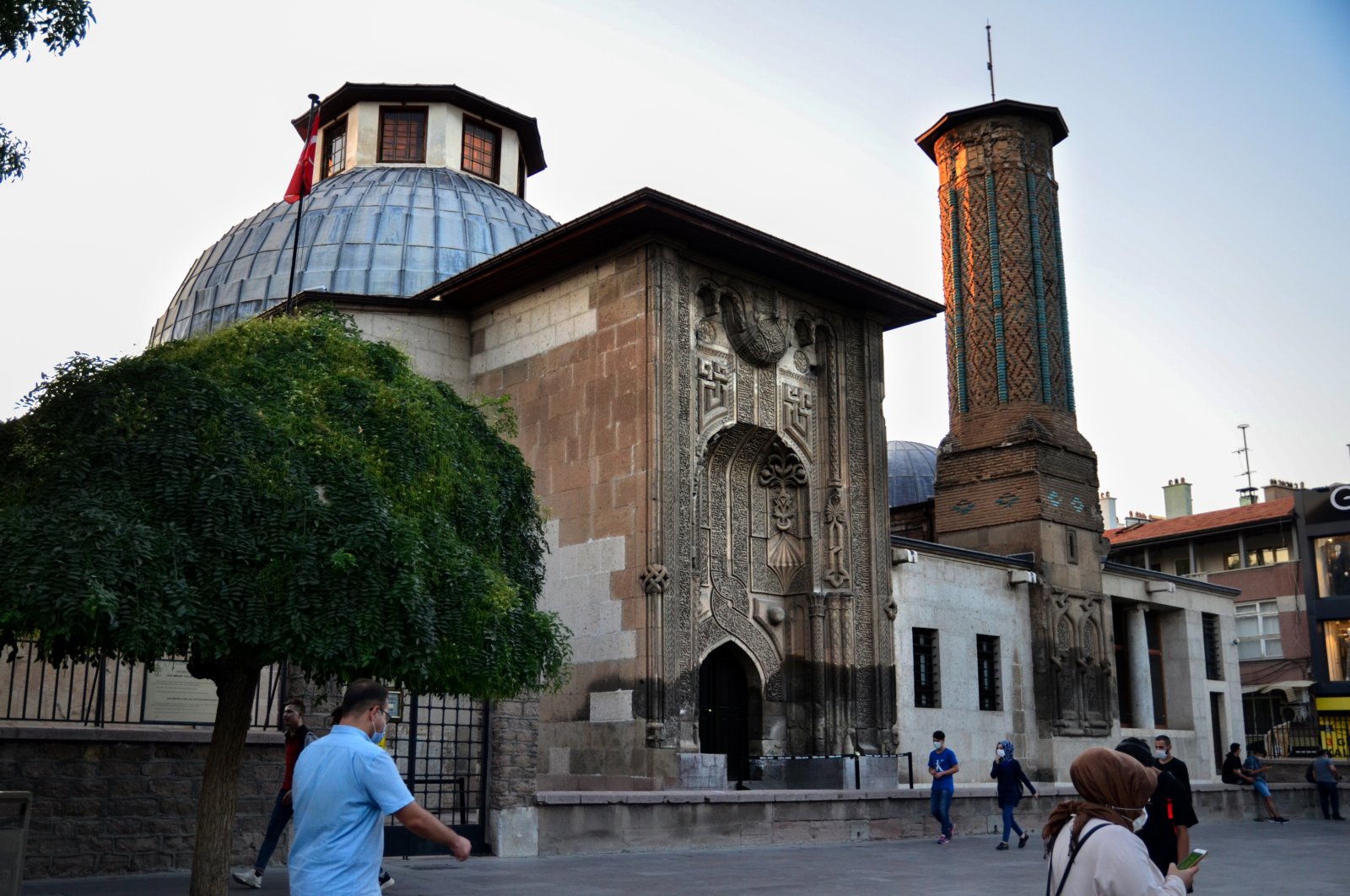 Listed on the UNESCO’s World Heritage Tentative List, the Seljuk-era university in Konya impresses visitors with its crown gate and tile decorations

Located in Turkey’s central province of Konya and considered one of the first universities in Anatolia, the Ince Minareli Madrassa (literally "Slender Minareted Madrassa" after the ornate style of its surrounding turrets) is a monumental work that takes visitors on a journey through time.

Built in 1264 during the reign of Kaykaus II, sultan of the Turkic Seljuks, who presided over lands conquered from the Byzantine Empire, the university was established in order to teach the discipline of hadith.

The Ince Minareli Madrassa, which has long been on UNESCO's World Heritage Tentative List, is considered one of the most important examples of Turkish-Islamic architecture, with dazzling gates, tile decorations and geometric and floral motif stonework.

The madrassa, situated to the west of Alaaddin Hill in the city center, is frequented by local and foreign tourists alike. The crown gate of the madrassa is considered one of the best examples of Seljuk stonemasonry. Meanwhile, the inside of the minaret is decorated with floral and geometric motifs, as well as the inscription "El Mülkü Lillah" ("The property of God") and the Quranic verse, Ayat al-Kursi, written in Kufic script. The pedestal of the minaret, after which the madrassa was named, is covered in cut stones.

The turquoise minaret is decorated with white-paste bricks. The madrassa originally had two minaret balconies, but one of these was destroyed by lightning in 1901. The structure was used until the end of the 19th century to later be repaired and turned into a masonry museum in 1956. The building displays some of the best-preserved examples of Seljuk symbolism, including double-headed eagles and winged angels.

Professor Caner Arabacı of Necmettin Erbakan University's social studies department told Anadolu Agency (AA) that the Ince Minareli Madrassa was built in the final period of the Sultanate of Rum's history, explaining that: “Konya served as the capital city of the sultanate for more than 200 years. A total of 30 madrassas, or faculties, as we would put it today, were opened in Konya back then. The madrassa was the highest educational institution of the period. The teachers of this madrassa would also have served as the local mufti or qadi (a judge versed in Islamic jurisprudence) of Konya over the centuries.”

Emphasizing that the architectural structure of the madrassa showed the value that the state placed on educational institutions, Arabacı noted: “Ince Minareli Madrassa is a great monument. It is not your average faculty building or educational institution, but an artistic masterpiece. Poet, novelist and literary historian Ahmet Hamdi Tanpınar, in his famous book ‘Beş Şehir’ (‘Five Cities'), likened the madrassa to a sultan's camp tent.”