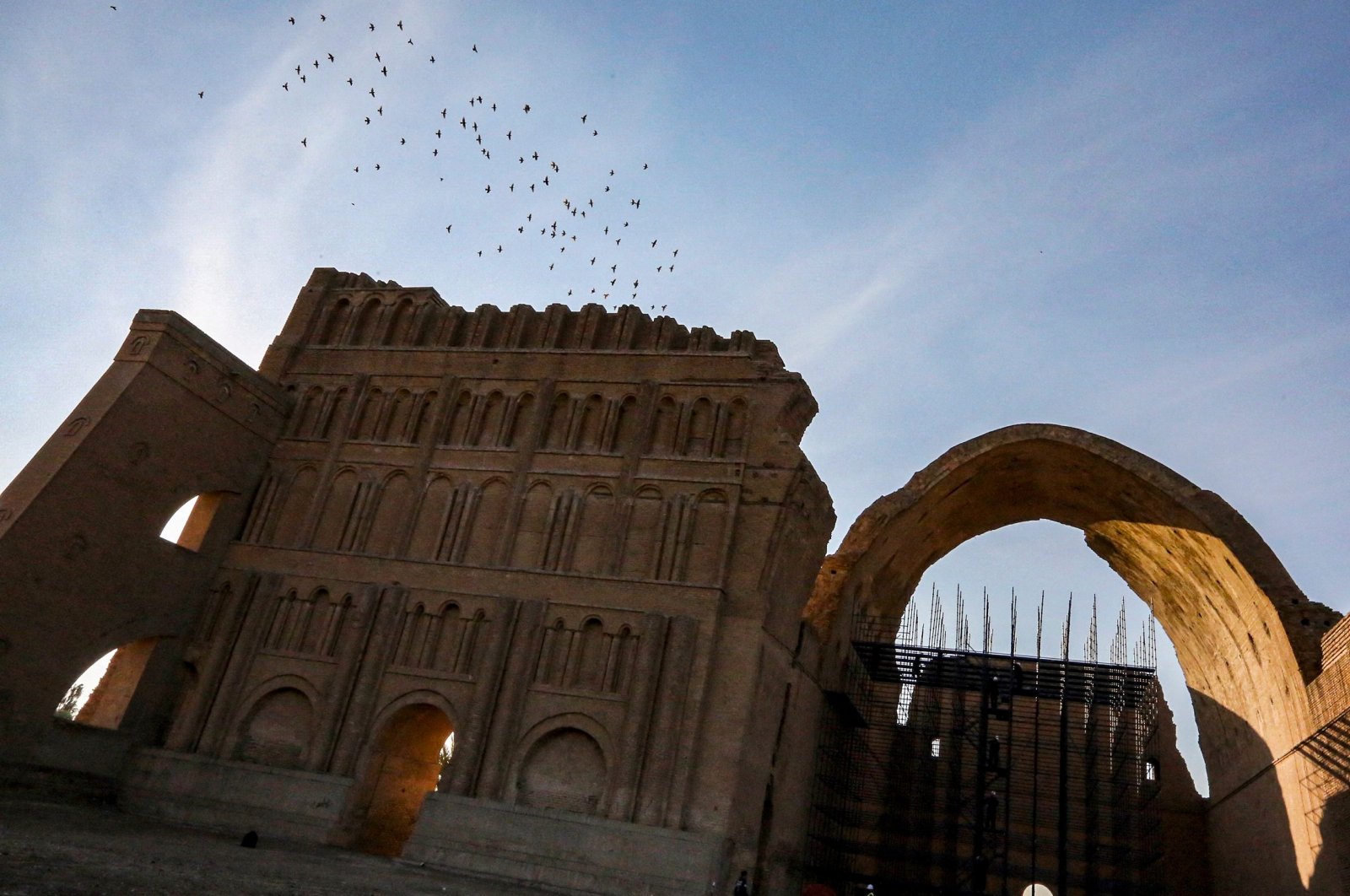 The Taq Kasra, a landmark in the history of architecture being a 1,400-year-old brick-built arch – the world's largest – and also known as the Arch of Ctesiphon as it is the only visible remaining structure of the ancient city of Ctesiphon, has started undergoing restoration work to regain its former glory, authorities said Wednesday.

The famed sixth-century monument, located around 30 kilometers (20 miles) south of the capital Baghdad, is the last structure still standing from the ancient Persian imperial capital Ctesiphon.

Restoration work on the arch, also known as Taq-i Kisra from its Persian name, was carried out in 2013 after a massive slab fell off due to dampness caused by heavy rain.

But the new bricks too have begun to fall following downpours last year.

The first phase of "emergency" works that began in March are due to end next month, said David Michelmore, a conservation expert working with a team of archaeologists from the University of Pennsylvania.

"What is falling down at the minute is not the original Sassanian construction, it's the modern repairs," he told Agence France-Presse (AFP).

"There was quite a lot of reconstruction done in 2013-2014 and probably all of this will need to be taken down and replaced," he said.

Construction of the arch began in A.D. 540 during the Persian Sassanid dynasty's long wars with the Byzantine Empire. It formed part of a palace complex that started three centuries earlier.

Iraqi Culture Minister Hassan Nazim said the works aimed to "consolidate" the site, which is near the bank of the Tigris River and is at risk of groundwater infiltration.

The current phase is financed thanks to a budget of $700,000 from the International Alliance for the Protection of Heritage in Conflict Areas (ALIPH), said Laith Majid Hussein, director of the Iraqi State Board of Antiquities and Heritage.

He lamented "numerous mistakes" in the previous restoration, including the installation of a heavy "layer of cement on the arch."

The next stage would be a "total restoration" that would help strengthen the structure and prevent any collapse, he said.

In 2004, the Global Heritage Fund said that, as a result of disrepair, the arch was "in danger of collapse."

Those warnings proved prescient – in late 2012, a slab about 2 meters in length fell off.